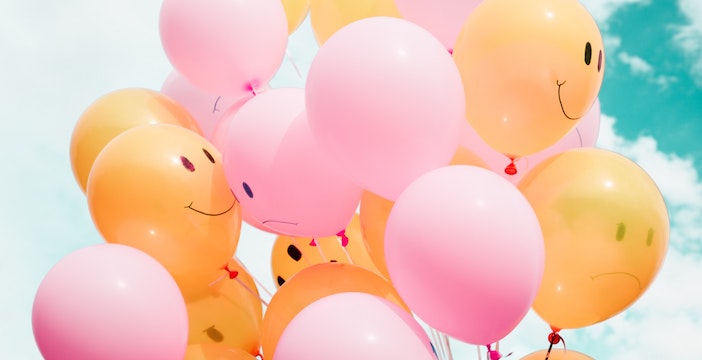 Over two thirds of trainee lawyers in the UK are happy at work compared to just 53% of partners, research commissioned by City firm Simmons & Simmons reveals.

Two fifths of partners who participated in the research said they would only stay with their firm for two to five years.

Priorities appear to differ greatly between levels of seniority indicating that trainees are less enamoured with large paydays than partners. In the UK, 80% of trainees surveyed said they would rather work for a firm that provides a supportive and inclusive environment than one that pays very high salaries. Only 63% of partners could say the same. Trainees in the UK were the group most dissatisfied with their work-life balance.

The research also demonstrates how the size of a firm’s revenue and headcount can impact its employees’ happiness. Firms with revenues over £1 billion saw only 30% of their employees happy at work in stark contrast to firms with revenues of between £500 and £999.99 million where average happiness levels more than doubled to 65%.

A firm’s headcount seems to have less of an impact. Sixty-five percent and 67% of employees at firms with between 1,500 and 1,990 employees and over 2,000 employees respectively, were happy compared to around 75% at smaller firms.

Firms headquartered in the US and the UK were on average the least happy firms. Forty-nine perecent of respondents from US firms said the pandemic had prompted them to rethink their careers compared to around a third of legal professionals in the UK.

Simmons & Simmons’ senior partner Julian Taylor stressed the “value in challenging misconceptions around age and attitudes to work”, adding that the report “reinforces what we already know, in that as much as salary is important for attaining quality of life, it’s far from the only factor in achieving professional happiness”.

Looking to the future, Taylor predicts that “the workplaces of the future will recognise this and place importance on encouraging their people to do more than simply work to live”.

‘Partnership at a law firm is a pie-eating contest where the prize is more pie.’

I’ve always wondered how many partners hate what they do and wish they could escape but feel trapped. They spent the best years of their life slaving away on deals that no-one cares about (at the time and, at best, a year later). All those friendships, relationships and family bonds that were loosened or lost for ‘the deal’.

And then you hit partnership and realise that you’re paid a few hundred thousand a year but not quite the PEP figures dangled to you when you were younger and let’s not even get started on post-tax pay. And you’ll have to slave away for another decade to get close to that PEP figure. And then just as you do, you’re looking over your shoulder as the firm tries to edge you out.

Horrible life. Get your training and get out of there after a couple of years.

This is why the delayed gratification trope doesn’t work for people pursuing a law career.

then it’s “when I become partner I’ll be happy”

THIS hit me hard. So true 😩

You will be richer than 99 percent of the population though. Easy to overlook that part.

That sounds like you there’s maybe something more that is troubling you.

If you’ve been constantly unhappy from uni all the way to qualification I don’t think it’s law that is doing it.

Yes studying law and the route to a TC has its tough moments, but I was generally pretty happy and still enjoying my life during it.

For many students, particularly those from working class backgrounds, pursuing a career like law is their only way of elevating their circumstances and getting out of their low socioeconomic situation

And let me tell you, the pressure that comes with that is HUGE to the point where you are constantly in survival mode and feeling like you HAVE to achieve and get to the next stage …

The pressure is the same for everyone, working class or generational wealth.

In fact it’s pretty embarrassing for families who have invested lots of money in your private education, whether prep or secondary in order for you not to amount to much.. let alone familiar pressure.

You’re unhappy at university because you have to balance a part time job and studies and you are barely scraping by???

University and beyond isn’t just a big party and social time for everyone. It can be a very lonely experience and a time of much struggle for many. So many people are trying their best to get by and feel like they have to achieve and perform well in studies at the same time balance all the personal battles they are dealing with

Well you know what they say…

I’d rather be unhappy with my 6 bedroom detached house in the countryside with roughly an hours commute into London whilst I work from home most of the week in my private home office overlooking the tennis court, swimming pool and horses

Gosh, how 2012! One can stay far more than 1 hour away now and keep a decent pad in the centre of town for when needs must.

It’s because partners on the whole can’t live normal lives can they. Clients bothering them 24/7, the stress of pushing through deals. Plus they probably barely ‘please’ their other half anymore, or see their kids much.

Knew a few people at uni whose parents were law firm partners and when meeting them even in an informal setting they seemed pretty distant and miserable. Ok there will always be exceptions to the rule, but ‘relationships’ with clients aren’t ever going to provide someone with the same meaning and love that friends and family will-the issue is as a partner you see far more of the former.

^God these posts make me laugh.. grow up kids and stop complaining about a career you don’t even have yet. If you think it’s brutal in law go speak to those junior associates at Goldman Sachs who were simply told to F off if they didn’t want to work 15-hour days and weekends. Go speak to NHS doctors who after training for 5 years slave away in A

Exactly. As I said elsewhere, snowflakes, the lot of them.

Do have anything to say other than the most basic of clichés? Being so devoid of wit and imagination must be hard when you are in the company of imaginative people. Is that why you are so angry? You don’t need to answer that, partly because I don’t care and partly because your posts answer the question for you.

I’m not angry, you are, hence why you posted. It seems all you lot can’t take an honest assessment of your flaws, hence snowflake being an apt description of you all. Sorry you’re so triggered.

Not angry, just bored of the likes of you who hijack threads with vacuous nonsense. So 2010, so Daily Mail website.

Do have anything to say other than the most basic of clichés? Being so devoid of wit and imagination must be hard when you are in the company of imaginative people. Is that why you are so angry? You don’t need to answer that, partly because I don’t care and partly because your posts answer the question for you.

Lol as are you.. bellend

Hook, line and sinker… got you rattled🤣

Loool you caught the bait you wet fish🦯🪝🐟

Get a grip and a life whilst you’re at it

Clearly the article is true, lawyers are unhappy as you are spending your morning trolling to get some sort of thrill that your own life doesn’t give you

Unsurprising, the biggest predictor of happiness across the board has always been quality of relationships in one’s life.

I doubt many do this for happiness- it’s a duty owed to one’s self (if you can) and have the ability to reach these peaks, then by all means go for it. Few can and have the required characteristics needed to succeed and those who do are set apart.

I know this site is obviously very law-centric but couldn’t you say the same for any other profession ?

Name a profession with positions of any seniority that don’t come with misery and stress to some extent ?

I hope so anyway :s

You don’t even need to look far to answer this. Associates, and Partners at Intellectual Property firms (i.e Patent Attorney’s instead of Solicitors) are 10x happier, have way more freetime, and still earn more than the vast majority of the population.

I have mutual friends earning over 130k in it and they virtually never work past 5pm. Loads of annual leave too.

At this point, only intervention by the SRA can end this madness.

Simmons partners seems happy though. Must be within the bag. Not sure about lower down the levels though considering the pay.