Assets are held on trust by crypto exchanges, judge finds 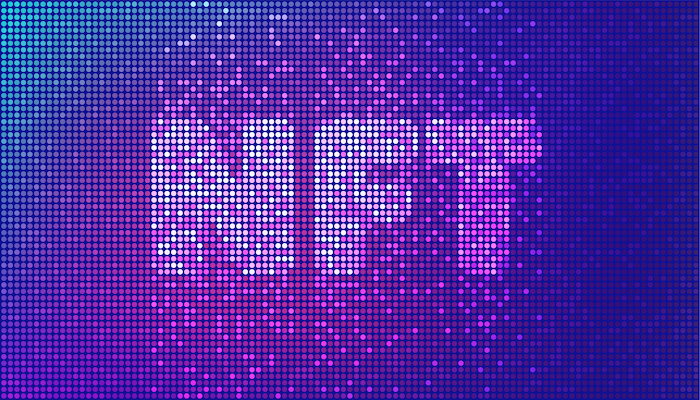 The High Court has allowed a man scammed out of millions in cryptocurrency to launch legal action against the alleged fraudsters using an NFT in what his solicitors say is the first case of its kind outside the US.

Mr Justice Trower held it was “appropriate for service to be effected by Non-Fungible Token” in a fraud claim against the unknown operators of a dodgy website.

He also agreed there was a good arguable case that the missing cryptocurrency is held on trust by the crypto exchanges it was diverted to.

The claimant, tech entrepreneur Fabrizio D’Aloia, says he has been “conned” by whoever is behind a website called tda-finan.com. The Hong Kong-registered site held itself out as connected with a legitimate business, TD Ameritrade, which it very much wasn’t. D’Aloia handed over 2.1 million Tether tokens and 230,000 USD Coins, thinking they were going into a trading account, but it eventually became clear that he wasn’t getting any of it back.

Private techo-detectives managed to trace the crypto to digital wallets on Binance and several other exchanges. As part of legal action to recover his assets, D’Aloia asked the court for freezing orders and other relief binding the platforms concerned. He also asked for permission to serve the “persons unknown” who allegedly carried out the scam by an NFT airdrop into their wallets, as well as by email.

Trower found that Binance and most of the other exchanges were likely to hold the crypto on a constructive trust for D’Aloia, whom he accepted was the owner.

“It is also said that the claimant has a claim in constructive trust, not just against the first defendant but also, such as to give rise to proprietary rights, as against the second to seventh defendant, being those who control or hold the exchanges into which (according to the report produced by Mitmark) it is possible trace the relevant crypto assets. I am satisfied, for present purposes, subject to one issue which arises in relation to the third defendant, that there is a good arguable case to that effect.”

He went on to consider the pitch for what D’Aloia’s barrister described as a “novel” way of notifying the alleged scammers about the fraud case against them. This was “service by what is called the ‘non-fungible token’, which is a form of airdrop into the tda-finan wallets in respect of which the claimant first made his transfer to those behind the tda-finan website”.

The court heard that using an NFT in this way would “embed the service in the blockchain”. Trower admitted that he “may not have expressed that very happily”, but from what he understood of the request, “there can be no objection to it”, as it increased the chances of the “persons unknown” defendants being put on notice of the case against them.

D’Aloia’s solicitors, Giambrone, said this was the first order of its kind outside the US. English courts have allowed service via Instagram and Facebook but never by blockchain. The firm said the case paves the way for other victims of crypto fraud to pursue mystery scammers where their website or email address has gone dead.

Giambrone also lauded the constructive trust finding. Associate Joanna Bailey said: “The importance of the Court’s finding of a good arguable case of constructive trustee liability cannot be overstated. Should cryptocurrency exchanges act contrary to such orders and fail to ringfence the identifiable cryptocurrency, they risk being held liable for breach of trust.”

This will come to be known as a Pissing In The Wind Order.

Actually, probably not. Despite the claims of the mainstream media and traditional finance, crypto transactions are usually fully trackable as has been shown here. It’s only the ownership of the wallets those transactions are sent to that can be anonymised, hence the service via blockchain and asking the exchange (Binance) to freeze the assets.

There have been multiple examples of hackers / fraudsters returning crypto once it’s clear they can’t get the funds off the exchange without identifying themselves.

In fact, crypto is much more trackable than fiat currencies and a much smaller proportion of transactions by value are estimated to involve crime. Much of the bad publicity is because the ‘tradfi’ industry and governments are unsurprisingly concerned about losing control of the financial system, to a new decentralised, blockchain-based one with they would have little authority over.

It’s too late to turn back, hence the rush in most countries to regulate (and tax etc) cryptos rather than ban them.

In recent times, technology has proven to be more sophisticated and just like any other currency that can be stolen or lost, crypto and other digital assets has proven to be more difficult to recover but not impossible, and just like searching for any other monetary currency, you need a trustworthy and honest agency or personnel who can track and recover the value lost or stolen, in my case I hired Assetsrepo. com, they followed the blockchain and was able to recover over 85% of my stolen funds within a couple of weeks. The fees for the services I received was fair and communication was excellent.

Bitcoin and other cryptocurrency scams are becoming rampant as the day goes by. One should be careful when dealing with people online especially when it has to do with your funds. Getting back your stolen bitcoins is very easy but they are lots of fraudulent recovery firms out there so you need to be careful not to end up being defrauded again. (Zhang Cromanz is the most trusted and reliable recovery firm online. They are the best recovery firm out there now. They are very fast and efficient in the recovery of your funds. To contact them EMAIL: (zhangcro @ gmail .com}, You can simply send an email and you will be helped to recover 100% of you lost funds- I was able to recover all of my stolen bitcoins. They provide excellent service