Told her it was ‘fine’ 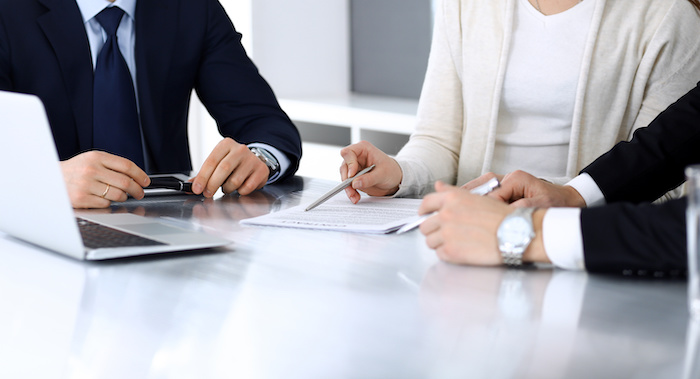 A senior solicitor who caused a trainee to amend a property document in order to avoid applying to the court for an extension has been struck off.

The Solicitors Disciplinary Tribunal (SDT) heard how in 2019 the south Wales firm Marchant Harries was acting in a conveyancing transaction when a mortgage deed was twice rejected by Companies House.

The form submitted on behalf of the client was rejected first because the filing fee was missing and second due to the the 21-day deadline in which a mortgage must be registered had passed.

Michael Robert Thompson was then a partner at the firm where the tribunal was told he had been effectively running the conveyancing department.

Upon being informed of the rejection, Thompson told a trainee solicitor that there was no need to apply to the Court for an extension and that she should change the date of the mortgage deed to a later date. This would make the application appear as though it was within the 21-day time limit.

The trainee, who isn’t named, told the tribunal that Thompson had assured her it was “fine” and that he had done this before. The trainee said she did not get the impression that this was “dodgy” and that she had trusted Thompson to give sound advice, according to the published ruling.

The tribunal also considered a second conveyancing transaction where Thompson had submitted a “false certified” copy of a mortgage deed dated 24 July 2019 instead of the correct date of 24 June 2019 to the Registrar of Companies.

Thompson apologised for his actions and told the tribunal that during his training contract that took place between 2005 and 2007, his supervisor had shown him how to copy the mortgage deed, ‘tippex’ the date to bring it within the 21 days, photocopy it and send it as a true copy to Companies House.

This was denied by his former supervisor who provided “consistent and credible evidence in which he had explained the circumstances in which he would use tippex”. The tribunal found that “it was quite clear that he was not referring to documents being altered after they had been executed.”

Thompson also set out a number of personal factors, including health, which meant he “was not thinking straight” and was on “autopilot” at the time of the events.

The tribunal concluded that Thompson had acted dishonestly, noting “it was fundamentally implausible that any solicitor would believe that such a course of action would be permissible”.

His representative argued that the appropriate sanction should be a suspension, maintaining that their client was “a safe, competent, and professional man” who still “had much to offer the profession”.

But the tribunal ordered the solicitor be struck off and pay £22,200 in costs.