Not the first time London HQ has featured on TV 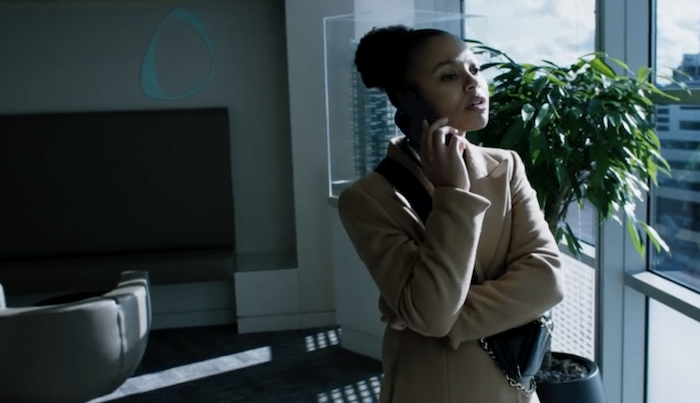 The BBC series follows several hot-shot grads trying to make it as investment bankers as they attempt to outwit one another and dominate the trading floor. 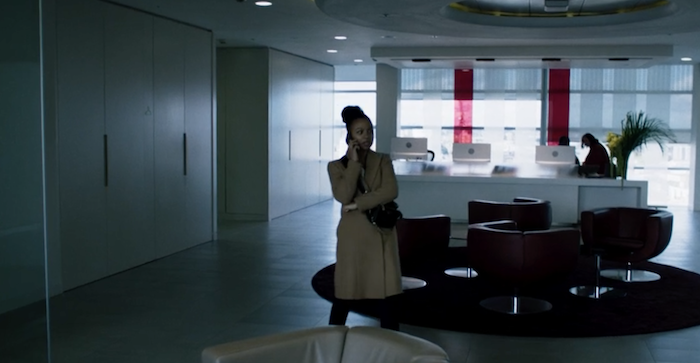 Pinsent Masons’ London gaff, however, featured as the backdrop to a tense meeting set at the City branch of a German bank. You can see the firm’s logo on the wall in the screen grab top.

Over the years, insiders have boasted to Legal Cheek about how popular 30 Crown Place is amongst TV producers, citing the glass lifts and the client area on the 15th floor as the biggest draws.

The gaff has been used by film and TV production companies since 2008 and has appeared in TV shows such as Luther, Holby City and Temple, the firm confirmed to Legal Cheek, although it remained tight-lipped about other scheduled shoots.

A spokesperson for Pinsent Masons said: “Our London colleagues are fortunate and proud to be able to work in a building that makes a great setting for a number of high profile films and TV programmes. While 30 Crown Place is available for use by production companies, it goes without saying that filming never interrupts the working day and that business comes first.”

Sign up to the Legal Cheek Hub
Pinsent Masons TV

The ‘land had to stop hiring out our office when the producers realised our staff’s handsome Greek god chiselled features made the actors look terrible.

There should be a law equivalent to “industry”.

Writing my script now. I have stories.

Hahaha will be waiting patiently for it

Reed Smith’s office has been in both Skyfall (the “Hong Kong” glass office fight scene) and in the Hitman’s Bodyguard (saving the drugged-up lawyer from the mob scene – oddly applicable). Pinsent Masons’ office have been in a couple other productions as well.