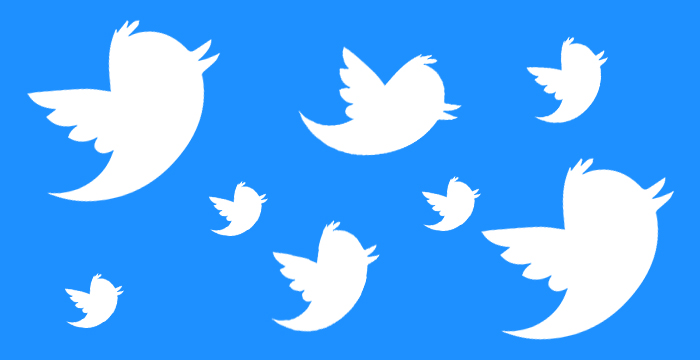 An Oxford academic’s review of a human rights barrister’s new book on lockdown rules during the pandemic looks to have split the opinion of lawyers on Twitter.

Zhu also claims “barristers tend to make awful writers”, and goes on to accuse Wagner of getting “bogged down in petty proceduralism”.

I'm honoured to succeed to @JoshuaRozenberg as legal correspondent of @TheCriticMag! For my first column, I review a recent book by @AdamWagner1 on COVID lockdown legislation, and reflect on the limits of the liberal proceduralist approach to politics. https://t.co/BFViFvcsp0

The review went down well with some, with lawyer Gavin John Adams describing it as a “marvellous piece of literary criticism” and another tweeter calling it “completely delicious”.

Wagner initially responded to Zhu’s review on Twitter by congratulating him on becoming legal correspondent for The Critic, adding “I am always happy to engage constructively even with polemical reviews! (-:”.

But things didn’t end there.

The following day another legal academic chipped in: “I’ve not read Adam’s book, but I’m not convinced by a review that begins with ad hominem attacks and then doesn’t really stop reviews should be critical — they shouldn’t be needlessly nasty.”

In response, Wagner explained that the review reminds him of the “joke about the person who comes back from a cruise and says the food was awful and there was too little of it. ‘It’s terribly written, he should have written more (things I agree with)!’ But thank you — it is a very ad hominem review.”

Zhu then clarified that the reference to barristers making awful writers “isn’t against Adam specifically, but against all lawyers. Legal prose deadens style”.

I don’t especially delight in destroying this book because I like you as a person, but it is a bad book and I would be lying to my readers if I wrote anything else.

Wagner tweeted again: “As I say have been saying to my son when he watches the YouTubers who delight in ‘destroying’ old films or video games, it is much easier to destroy than create. The former is of course better for the lolz and attention.”

Zhu replied: “I don’t especially delight in destroying this book because I like you as a person, but it is a bad book and I would be lying to my readers if I wrote anything else.”

The Secret Barrister came to Wagner’s defence, claiming the review was “spiteful” and “given the remarks in the opening paragraphs”, Zhu was “not blessed with self-awareness”.

It is a spiteful piece of writing. And, given the remarks in the opening paragraphs, an author not blessed with self-awareness.

But not everyone agrees with the assessment of Wagner’s book.

Legal commentator Joshua Rozenberg lauded it as “a book that needed to be written — and nobody could have done it better”, while the FT described it as “a vital contribution to a debate we need to have: how to ensure that the biggest casualty of the next pandemic is not the democratic model”. Former Supreme Court president Lady Hale even badged it as “riveting”.

Elsewhere, former Supreme Court justice Lord Sumption said the book did a good job of laying bare the human rights problems of lockdown and its enforcement, describing Wagner as a “a fierce and effective critic”. However, he felt the Doughty Street barrister fell short of a full analysis by declining to address the question of whether the attack on our freedoms was justified.

Wagner had nothing meaningful to say and the book is pretty vapid. It does not engage with the broader question of whether lockdowns were justified despite the political will for them or the pillorying of lockdown critics. Indeed it criticises Lord Sumption, for a long time the only respectable voice in British public life criticising lockdown policy.

Instead he goes on an insipid meander on the lack of proceduralism and legislative scrutiny, despite the fact that, as Yuan points out, the Coronavirus Act 2020 had massive cross-party backing and was renewed every 6 months through a parliamentary vote.

Completely misses the point on lockdown and says nothing interesting or brave. Lacks substance.

When lockdowns were ordered the UK modelling suggested 600,000 deaths from covid in 3 months, the equivalent to an entire year’s deaths. The evidence we now have on mortality and infection rates show that modelling was based on pretty accurate assumptions, albeit that the modellers did not know at the time that people would be so willing to self-isolate on a voluntary basis. Lockdown critics are mainly revisionists who forget that covid in its current form and with our current medical defences to it, both via the vaccine and medical response to those that fall, is a far far cry from the disease in early 2020 which had a base R number above 3, appeared to be lethal in up to 3% of cases and had a range of symptoms very different from other viruses, particularly flu-like ones.

I’m certainly not an expert on all the covid data and modelling, but the fact is there is not a single place in the world, be it country, state or town whose data supports the thesis that covid was as lethal as you say.

When we stop people saying goodbye to their loved ones, going to school or even going for a walk in the park, we have to be damned sure it’s for a very good reason.

“appeared to be lethal in up to 3% of cases”

Mortality rate was up to 1% and generally in older or weaker demographics, with a handful of heavily-publicised exceptions.

I’m buying a copy. As a Christmas present for my mother-in-law.

Not your indifferent aunt?

Yuan is a devastating writer. I sincerely hope for all of your sakes that he doesn’t come for you next.

They spend their lives on Twitter typing thousands of vituperous outbursts aimed at politicians, then they get upset when someone dares to criticise their buddy’s writing?!!?

Are their egos really that fragile?!

Rule of the internet #63: No-one who uses more than one punctuation mark at the end of a sentence has ever had anything of value to say.

Rule of the internet #64: Anyone who uses more than one punctuation mark at the end of a sentence more than once in one post or comment has no concept of the chasm between their own perceived value of their contributions and the actual value of them.