One for the chambers’ profile? 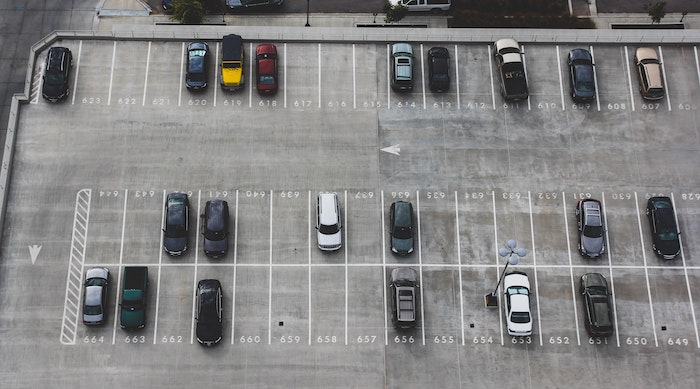 A parking firm appears to have met its match in the shape one of the country’s leading commercial barristers.

Last weekend, Fountain Court Chambers‘ Edward Levey KC took his parking problem public on Twitter, posting a copy of a scary looking letter (pictured below) from a debt agency which warned he must cough-up £150 now or face “further action”.

Levey said the letter, which is one of three he had received, came about after he used Heathrow airport’s drop-off zone and forgot to pay the £5 charge by midnight the following day.

OK, but this time we *really really* mean it… pic.twitter.com/4SxJ4bA8Pv

The silk went on to explain that, in his opinion, the £150 penalty was “clearly unenforceable” and that he was now “considering issuing proceedings” against the agency “for a negative declaration” — i.e. a declaration that the fee is not enforceable and therefore isn’t required to pay it.

Levey, who covers a broad range of commercial and civil work and is described as “formidable advocate” on his chambers’ profile, has since gone on to provide his 3,000 plus followers with an update on his parking headache — and we’re pleased to report it’s good news.

The barrister confirmed legal proceedings were no longer necessary as the parking firm had now decided to waive the fine “as a gesture of goodwill”.

Celebrating his victory (one for the chambers profile perhaps?), the top silk couldn’t resist providing a detailed overview of why he, legally speaking, believes he was in the right anyway. Handy reading, perhaps, for those who find themselves in similar tight spots.

His legal argument rests on the effect of section 62 and schedule 2 of the Consumer Rights Act 2015 and the common law position that, in Levey’s words, “a court will not enforce a clause if it amounts to a penalty”. In the thread, the barrister goes on to apply the test from the leading case on this matter Parking Eye v Beavis. He also notes that the fact the he did not have the opportunity to read the terms and conditions before entering the paid parking zone amounted, in his view, to “a clear breach of British Parking’s Code of Practice”.

If you receive a PCN from @APCOAUK or @ncpcarparks because you used an airport Drop-Off Zone (DOZ) and forgot to pay a £5 charge by midnight the next day, you may want to consider not paying it. Please don't rely on this as legal advice, but here's what happened to me. 🧵(Part 1)

And it appears Levey has gained a few fans in the process. “I enjoyed this to no end,” wrote one lawyer responding to the Twitter thread. Barrister ‘CrimeGirl’ put the success down to “fantastic lawyering” while fellow lawyer and LBC radio presenter Daniel Barnett described the legal response as “incredible“.

Morale of the story? Be a commercial silk

So in other words, you’re glorifying someone evading the consequences of their actions. No wonder the younger generation is so self entitled with this type of attitude pervading the profession.

When it comes to entitlement, tell us about the Boomer triple lock special.

Here we go, the crying because your false perception that those older than you had everything in life served on a silver platter, just because you’re too lazy to work like we did. Go away and come back when you have to deal with outside toilets, no central heating and corporal punishment at school.

Can we deal with a 7 to 1 worker to pensioner ratio like the Boomers had? The 2.5 to 1 ratio. I’d love to have the housing cost to earnings ratio Boomers had, half what it is now. Boomers, Brexit, basic , bust – four words that can easily fit into a single sentence.

Ain’t you a little old to be in the comments section of Legal Cheek, or was your “we,” a typo, Daddy?

Bollock to that, Alan.

Did you not read the article?

The terms and conditions were not clearly displayed before entering the drop off parking zone, therefore the charges are unenforceable.

I’m not a legal practitioner of any description (no training, not do I purport to have any knowledge).
Therefore my surprise that the commentary on this is based around a QC ‘avoiding’ a penalty is perhaps not well founded.
But
Surely, the takeaway here (if there is one), is that predatory parking practices still exist, and that they can (and IMHO should) be challenged?
Knowledge of what requirements are placed on parking companies is the difference between this case and thousands of others daily.
Or have I missed the point, due to having an outside loo and no central heating in my past?

A commercial silk charges about £2000 an hour for advisory work (that’s a low-ball estimate, the figures can get *much* higher). This guy must have taken at least 2-3 hours of his life to consider the point, draft particulars of claim, exchange emails and then tweet about it. Those are 2-3 hours that he could have used for paid work, so there’s an opportunity cost of £5000 (£4850 if you net off the £150 he didn’t have to pay). So we can conclude that the value a commercial silk puts upon a bruised ego is about £4850.

Perhaps the commercial silk thought that it might be a good idea to stand up to these bullies who send aggressive letters demanding payment of fines which he thinks are unenforceable?

Perhaps he thought he’d put his knowledge and experience to good use to help other people who receive these letters but who made to think that they have no real option other than to pay up?

As he explained in his thread on Twitter (which I guess you haven’t read), he wanted to get a declaration from the County Court that the charges are not enforceable, as that would then help other people who are faced with these charges … and that is presumably why the parking company *cancelled the PCN without him asking him to*!!!

If you read his Tweets, you will see that he has even offered to provide his advice, pro bono, to the CMA or any other consumer group who wants to instruct him, so that they can then publish his advice for the benefit of other people.

Yes I must be a bit naïve.

Really that much per hour?! For advisory work?!

Who owns the land where the vehicle was parked. I won my case on parking just because the company did not own the land. Apnaone.