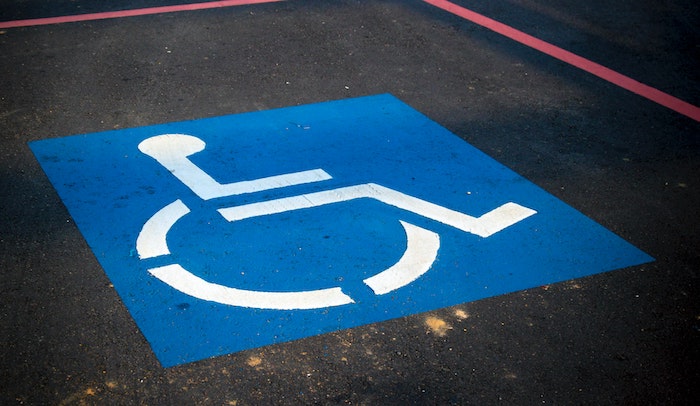 A solicitor who parked in a disabled bay with a blue badge that wasn’t hers has been suspended for six months.

Nina Koushi — who had only just qualified at the time of the incident — agreed with the Solicitors Regulation Authority (SRA) that she should be banned from practising temporarily as punishment.

But the regulator accepted that it was “a moment of madness arising from the Respondent’s circumstances at the time”, which included mental health conditions.

Koushi qualified in September 2019 with McMillan Williams Solicitors, which has since merged with another firm. The office is in Ealing, west London.

On 12 November 2019, council inspectors came across a white Mercedes parked around the corner from Koushi’s office. It was in a disabled parking bay and displayed a disabled person’s badge. When they ran the blue badge registration number, they discovered that it had been reported missing and cancelled.

When confronted by the inspectors, Koushi said that the badge belonged to her dad, or a friend’s dad, or a friend of a friend’s dad, according to a recently published agreed outcome. She later pleaded guilty to using a blue disabled person’s badge with intent to deceive, contrary to section 115 of the Road Traffic Regulation Act 1984. The Ealing magistrates levied a fine of £1,125 plus costs and a victim surcharge.

In her settlement with the SRA, Koushi admitted dishonesty — which can often be fatal to a solicitor’s career.

She said that on the day in question, the partner she worked for suddenly announced that he was leaving with “immediate effect”. A series of “crisis meetings” followed that left her emotional and “extremely stressed”.

She then had to move her car from its temporary parking space and couldn’t find another one, so in a moment of panic she used a blue badge that her dad happened to have left in the car the day before. This mitigation was not agreed with the SRA.

Koushi also provided a psychiatrist’s report showing that she had been “suffering from moderate to severe mixed anxiety and depressive disorder” at the time. In her doctor’s opinion, “this led to a moment of madness… an individual not suffering from the mental disorders she was suffering at the time would have been able to act differently”.

The SRA accepted that the medical evidence supported the argument that this was an isolated incident but said that a suspension — rather than a mere fine or reprimand — was still in order.

“Public confidence in the legal profession”, the agreement states, “demands no lesser sanction”.

The Solicitors Disciplinary Tribunal signed off on the agreed outcome, describing it as “appropriate and proportionate”.

In 2019, a junior solicitor was struck off after being caught fare dodging on his morning commute for several months.