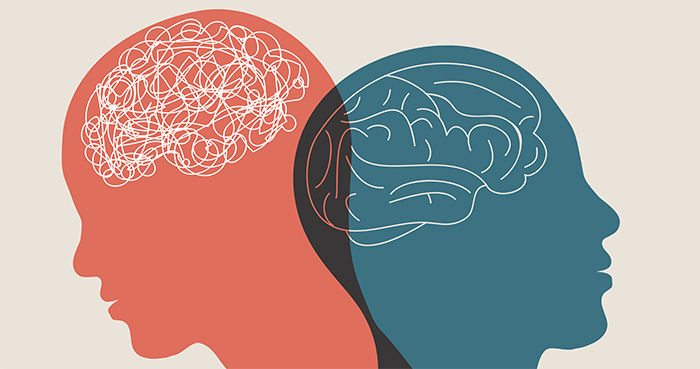 Findings from Legal Cheek‘s Student Wellbeing Survey suggests applying for roles at law firms and barristers’ chambers is the most common cause of stress among law students.

Almost 250 students, most of whom had undertaken some form of legal education, participated in the survey, with 87% saying they had struggled with their mental health or wellbeing at some point during university or their legal studies.

The most common cause of stress was completing applications for vacation schemes and training contracts at law firms or pupillage at chambers. This narrowly beat stress caused by exams and assignments and the volume of uni work generally. Imposter syndrome, financial difficulties and not getting enough sleep were also common causes of stress.

Over 80% of respondents thought admitting they had mental health issues would impact a law firm or chambers’ perception of them.

Wannabe solicitors said they were “very wary” of firms inviting use of mitigating circumstances, with one noting that “admitting to a long-term mental health condition before interview stage makes me feel likely to be passed over by someone else who has the same credentials without the ‘risk’ of mental health issues becoming apparent”.

Another remarked that they were “terrified” to disclose information about their mental health for fear of coming across as “a whinging baby”.

Students also had a pretty dim view of the legal sector’s efforts on wellbeing, with fewer than 10% satisfied that law firms and chambers were doing enough on mental health. Almost half said the profession didn’t care enough.

The eye-catching research comes despite a raft of new initiatives that have come through in the wake of the pandemic, including the proliferation of flexible working policies and a trend of increasing financial support for future trainees in response to the cost of living crisis. Many participants characterised law firm’s efforts as “performative” and mere “lip-service”.

One respondent detailed: “I think the main issue is that law firms only care about supporting good mental health — they do not seem particularly compassionate towards those struggling with mental ill-health. Offering a subscription for a mindfulness app vs making reasonable accommodations for employees with an ongoing mental health disorder are two very different things. The sense one gets is that employers are only interested in delivering the former.”

Struggling with the stress of work? Contact LawCare via its helpline or live chat

Imagine being such a snowflake that the thought of applying for a job you’ve been aiming for for years causes stress. Kids these days wouldn’t have lasted five minutes in their grandparents’ time.

Mate, aspiring lawyers in your parents’ and grandparents’ generation had it far easier. Far fewer applicants, far fewer people went to university at all.

That was the era of commercial barristers from Kent, magic circle partners from Leicester. No Watson glaser test. No ridiculous interviews. No insane applicant numbers.

Everything in life wasn’t hunky dorey back then, I’d completely agree. But when it came to applying to law firms or chambers…hell yes it was easier back then.

Firstly, you contradict yourself. How can it have been easier to make it into the profession when you acknowledge that fewer people went to university? That is entirely self contradictory.

Secondly the point you intentionally overlook is that those who didn’t make it didn’t spend their time crying and complaining and looking for a therapist because they had to apply for a job they wanted. That is the difference.

Maybe it is a clue

Hey kids, if you can’t stand the heat outside the kitchen that might be a clue you would not be suited to a job in the kitchen.

If you think the degree and applications are bad just wait until you start actually doing the job.

If it is affecting your mental health I recommend finding another career. No job is worth your health.

Or put another way, if the job affects your mental health you aren’t able to do the job.

I find it hilarious that grad recruitment attributes the same weight to a standard humanities degree that an LLB gets. They’re so clueless.

No they are not. The data are pretty consistent that those with law degrees and those who did other subjects have equivalent professional performance. As someone with a law degree, I used to have the same “good old common sense” prejudice that 10.24am had, but that is the beauty of data analysis.

This is because the reality of transactional law is that it’s a piece of piss. Doesn’t change the fact that an LLB is way harder than an English/history degree.

Outcomes are the same for the Bar, so your effort to box in the comparators to transactional work fails. Personally I think I’d find a law degree much easier than English.