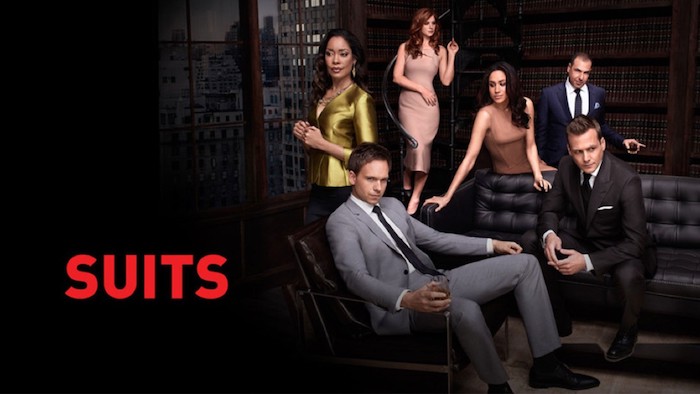 A law firm has attempted to quantify the influence of legal TV programmes on the career choices of those within the profession.

Shoreditch-based firm, EM Law, has undetaken a survey of 500 legal professionals to see if media stereotypes surrounding law are correct and understand their influence on career choices.

Of those surveyed, 56% said their decision to work in the legal profession was because of their “true passion for law”. However, over half of respondents also agreed that their career choice was influenced by what they had seen on TV.

It appears that US legal shows are the most influential, with 30% of those influenced saying it was popular drama Suits that persuaded them to join the legal profession. A further 22% cited Law and Order.

Interestingly, 57% of those influenced by media content felt the show that influenced them was a realistic depiction of a legal career.

The survey was prompted when EM Law’s director, Neil Williamson, received an interesting answer when interviewing a candidate for a position at the firm. When asked why she was applying for the position, Olivia Wilson, now an executive assistant at the firm, told him: “I watch a lot of Suits. I admire Donna’s confidence and competence. She’s always put together and knows exactly what she’s doing. Therefore I want to become a Donna.”

“Media has always influenced the public,” explained Williamson, “we wanted to know just how influential media can be, more specifically, legal TV shows and their ability to sway career decisions.”

Legal Cheek has previously reported research into the lack of diversity in legal dramas. If this survey’s results are valid then it further underlines the importance of representation in legal TV programmes.

If people think the majority of these over-glamourized legal TV shows are an actual reflection of practice they are in for a very nasty surprise.

…or a good surprise as firms like the Suits one are a case study for how not to run a law firm.

I suspect half the Bar, of a certain age, just went into the job because they have nostalgic memories of skiving off school and watching “Crown Court”.

(That’s very much why I did; and the Rumpole stories)

If Suits focused instead on sweatshop trainees drafting board minutes and partners dealing with early stage baldness, it would have been more realistic.

Why don’t you write a screenplay? It could be “Djed’s Life: The dull and bitter story of an angry solicitor”.

While there is nothing wrong with enjoying a legal show. Future lawyers need to realise it’s just that, a show. Storylines have been cut, edited, dramatised etc. to suit public consumption. I feel sorry for anyone that got in the profession thinking it would be like suits. In real life the main character would never have been hired due to not having any legal qualifications.

Given the quality of certain law firms and the sheer oversaturated market it’s far more likely that you will be working in a cubicle within a storage box than a high rise skyscraper.

The thing I don’t understand is why lawyers would rather be fictional characters than themselves. The whole point is that people show interviewers their own personality. Rather than trying to aspire to a fictional ideal that would be fired in the real world, why do the people that want to be Elle woods, Donna, Alan Shore, Lola Carmichael simply not say I want to create my own legacy as themselves rather than copy a fake personality.

Aside from this why doesn’t anyone get into law to be like Lionel Hutz? He was my inspiration for getting into law.

I was inspired by a heady mix of the South Park Johnnie Cochran and Bob Loblaw. Their work accurately reflects my practice today.

Criminal practice is exactly like Rumpole but with Common Platform!

This isn’t unique to lawyers. There was survey conducted of practicing archeologists a few years back and almost half of them were inspired by Indiana Jones. Many doctors were no doubt inspired by medical dramas on TV as well. Movies and television obviously don’t depict real life work environments. All the people in the comments saying TV isn’t like the real world are idiots, everyone knows TV isn’t like the real world and being inspired by a work of fiction is as good a reason as any to get into the profession.