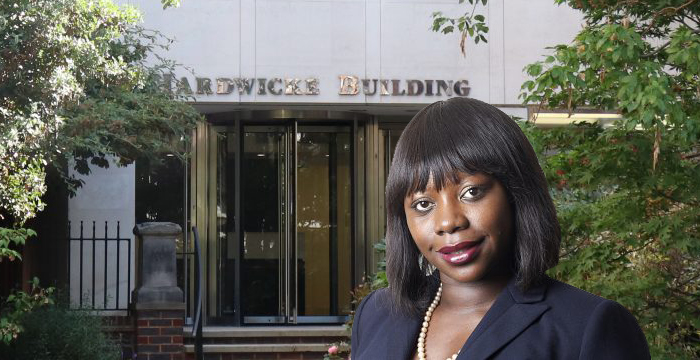 This is a story about a girl from Nigeria who now practises as a barrister at the London bar. I was born in Nigeria, raised in Yorkshire and now live in London. I studied theology and philosophy at Oxford University and, following a masters in crime, human rights and the international community, became a barrister.

My story starts off in Nigeria, where I was born. When I was eight, we moved to York, so that my father could complete his PhD. This meant that I had to learn English and make new friends but I ended up falling in love with a whole new culture. I embraced everything new with the passion of a child. It was a struggle to try and keep a sense of my Nigerian culture in York, when we did not know any other Nigerian families, when the food that I had grown up eating was sometimes considered “different” or “strange” and when my mother tongue became something only understood at home.

We then moved to Bradford, where I attended a state secondary school as one of a handful of BAME students there. At one point, I think I was the only black student at the school. This did not bother me, as I had a plan. I was going to leave school, go to university and do something that would make the world a better place!

I remember three teachers that had an impact on me at Queensbury School. The first for telling me to set my sights lower when I told him that I wanted to go to Oxford University. “You might want to think about going somewhere else.” This made me even more determined. At that time my school had not sent anyone to Oxford. However, the year I went, it would send two. The other teachers were Mrs Chris Robinson and Mrs Tiller, my RE teachers. They both passionately believed in me and my ability to achieve anything through sheer determination, pushed me to apply for Oxford and celebrated with me when I achieved what had seemed impossible. At Oxford, I then met two more inspiring women: Mrs Barbara Shellard and Dr Kathy Wilkes.

I chose not to study law at university because I was not certain that I wanted to be a lawyer and I wanted to study something that I felt would open up my mind and perhaps help me to understand the world that little bit more. I also knew that I could undertake a one year conversion course to become a lawyer.

I worked as an educational researcher for a year in London before doing my masters with the help of student loans and working as a tutor. I should say that I always worked in order to support myself. I was a barmaid and charity fundraiser whilst a student at Oxford. I remember at one point working in two separate pubs to ensure that I had enough money. During my masters, it became clear to me that I wanted to become a barrister.

I did the intensive one year conversion course at City, University of London. I was fortunate to get a major scholarship at Lincoln’s Inn. It was a hard year and, in addition to studying and working, I entered mooting and essay competitions and started volunteering for the Free Representation Unit (FRU). It was the FRU that told me that I had made the right decision. I still remember my first FRU case in the social security tribunal and my client and her young son, who was her carer. They were both nervous (as was I), but I noticed my nerves fade as I realised that they were relying on me and that now, it was all about them. We went in, they told their story, I made my submissions and she was awarded higher rate mobility and the care component of the disability living allowance. Outside the tribunal, she cried and told me that now, her son would be able to have more of a normal life as she would be able to get support with the money.

I did not secure pupillage during my conversion year and in fact only got one interview, with Doughty Street Chambers. I went on to the Bar Vocational Course (now the Bar Professional Training Course) with City University. During the year, I did a lot of FRU employment cases and am forever grateful to my best friend, Ruth, for keeping me up to date with what I missed when the hearing dates conflicted with lectures. I attended every workshop giving advice on how to secure pupillage. I asked for help from tutors and took on-board their advice to improve my application form. I was interviewed by nearly all the chambers that I applied for during the BVC year and secured two pupillage offers. I did pupillage at Garden Court Chambers supervised and supported by Rajeev Thacker and Liz Davies. I started pupillage when my oldest child was seven weeks old (my choice) and they kept me sane and focused ensuring that I developed the skills that I needed at the bar.

Following pupillage, I was fortunate to secure a tenancy at Hardwicke, where I am a member of the housing and property team.

My message is that you should always follow your dreams. If you have ability, however undeveloped, then no door should be closed to you. If you are determined, prepared and persistent, you will succeed and there are a lot of wonderful organisations and people out there to help you.

Morayo Fagborun Bennett is a barrister at Hardwicke.