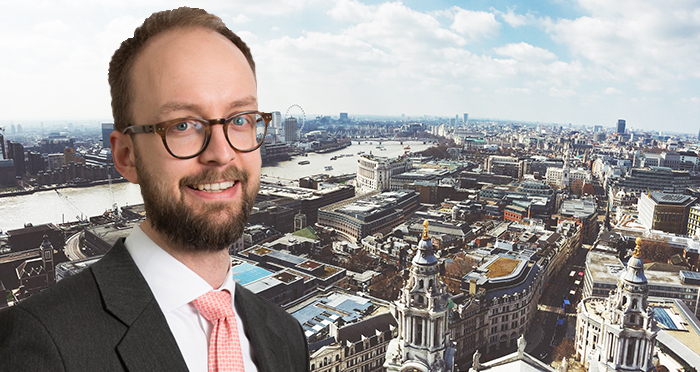 “Tech is completely transformative, and this is only going to intensify.” So warns Richard Diffenthal, partner at Hogan Lovells and a member of the firm’s new Tech Hub. “In ten years’ time, we probably won’t own our cars; we’ll be subscribing to mobility platforms instead. Augmented and virtual reality will change the way we communicate with each other; this is way beyond video-conferencing. Everyone talks about how fast the pace of change is. Yes, the world is changing rapidly, but, right now, this is the slowest it is going to change.”

No wonder, then, that Hogan Lovells identified an opportunity to create a designated tech centre not only for the firm but also for clients on all things tech and the law — LawTech. The Tech Hub, which opened its doors last year, brings together lawyers who spend the majority of their time working in the technology space and creates a place where they are “looking further down the line at what is coming in terms of tech”, Diffenthal tells Legal Cheek Careers. “We see the Tech Hub as being a place where we take a much more proactive approach to tech.”

The Tech Hub is growing and currently boasts around 30 lawyers who are from a range of different practice areas, including not only corporate and TMT (technology, media and telecommunications), but also those with regulatory, IP, data and commercial specialisms.

But this is not just another name for a casual get together of a few lawyers talking about what their tech clients are up to; the firm’s Tech Hub is a physical and intellectual reality. The team is housed in a designated part of Atlantic House, the firm’s London HQ on Holborn Viaduct. Each member of the team has transplanted him or herself from their practice area to join the Tech Hub. As Diffenthal puts it:

“We sit together side by side all the time so that we can combine our resources to provide clients with holistic solutions.”

What’s more, as part of a wider refurbishment of the firm’s office space, team members might be found seated in one of the Tech Hub’s new open plan desks or, excitingly, in its large “collaboration area” or one of its two smaller “drop-in rooms”: “We don’t have ping pong tables and slides like Google does but it is a completely different design to traditional law firm spaces.”

Find out more about training at Hogan Lovells

There are five technologies where the Tech Hub focusses its attention: 1) blockchain and cryptocurrencies, 2) artificial intelligence, 3) the Internet of Things, 4) big data and cyber security, and, last but not least, autonomous vehicles (which includes drones). Diffenthal says:

“These are the key disruptive technologies and we explore how they will impact our clients’ businesses.”

The Tech Hub is both client-facing as well as being focused on Hogan Lovells’ own lawyers. It is there as an internal resource for other people within the firm, as a recognised centre of excellence on the legal issues surrounding those disruptive technologies (there is also a designated training programme run for the firm’s people), but also acting externally to assist clients in building and developing a variety of products and services. “By way of example, if a banking client wants to enable its customers to purchase Bitcoin through its current account, a combination of retail banking expertise and a Tech Hub team member could make that happen,” he says.

The Tech Hub has worked on a number of headline-grabbing cases since its inception just last year, including a ground-breaking project with Open Banking which will see the UK become the first country in Europe to deliver third-party access to bank accounts under the second Payment Services Directive (PSD2). The Tech Hub has also advised Santander InnoVentures on its investments in Curve, Pixoneye and Elliptic.

The core team in the Tech Hub is supported by a wider group of partners within the firm who have tech-related clients; the expectation is that its core will grow: for instance, for now it is primarily lawyers who are part of the Tech Hub but this may change if the firm decides to develop it further and engage with data scientists, for example. The Tech Hub may well evolve as new technologies emerge (beyond the core five it has already identified).

The Tech Hub’s foundation, however, will remain the same: it seeks to deepen the engagement of its lawyers (and clients) with tech: “In the face of the intensity of developments in tech, lawyers need to be intellectually curious and must never stop learning,” emphasises Diffenthal. “They must assess sector developments and industry developments, and understand problems that our clients don’t even know they have yet.”