ULaw careers expert Anne Petrie explains what you need to know before making the leap, ahead of her virtual appearance at tomorrow’s career changers event 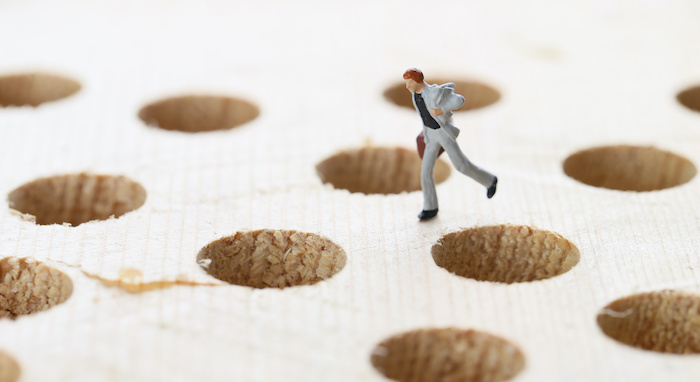 Law is a popular choice for career changers, and from a surprisingly broad range of backgrounds.

According to Anne Petrie, employability/careers manager at The University of Law (ULaw), there have been for example, “doctors, professional musicians, a professional polo player and most years at the Guildford campus we have had a vet. We have welcomed career changers from a whole range of professions and from varying levels of seniority. We have had people from the pharmaceutical industry, for example, who crossed over to the life sciences, IP and patents side of law. Doctors often gravitate towards clinical negligence, professional negligence and areas of law involving healthcare.”

While the presence of former vets in the legal profession may take some people by surprise, the choice of law as a destination profession should not. It’s a serious, high-status, sometimes well-paid job that can make a huge difference to people’s lives. Entry to the profession is not, however, as straightforward as many people believe, and training contracts and pupillages are deeply competitive.

So, what should people take into consideration from the outset and how can they make their applications as good as they can be? Petrie advises people to employ a sense of realism, research the many different areas of law and know that the more commercial the firm, the higher the salary expectation, whereas criminal defence, social welfare law and legal aid practitioners will not make as much money. “In terms of preliminary thinking, sometimes it can take people by surprise that the starting salaries in their chosen practice area may not be at the level of their current salaries,” says Petrie. “Their dreams of being a criminal practitioner may not yield a salary as high as at a corporate law firm, so they should be aware of that.”

One key piece of advice is to research thoroughly to find links between the previous career and the type of law they want to practise. Petrie says those who can find a link or bridge between the two can demonstrate to recruiters that they can add value. Those who are able to build on their knowledge and experience tend to have greater success in the recruitment process than those who want to move away from what they were doing and start afresh.

And if you do want to start afresh? “Then it’s about looking for skills, qualities and behaviours in previous roles that can add value to a legal employer. For example, they might say they’ve become increasingly interested in a certain aspect of their job which has led them to law rather than presenting a career history that’s completely unrelated to their potential employer. It’s about identifying some key transferable skills, for example, negotiating with suppliers or the commercial elements of a sales management role.

“If a teacher wants to go into corporate law, that’s quite a leap,” says Petrie. It’s important that they find a way to demonstrate their commercial awareness and interest, either from within their teaching role perhaps through handling budgets for example, or from another aspect of their experiences, perhaps outside of teaching. People looking to enhance their commercial awareness should also sign-up for virtual internships which are open to everyone. When work shadowing becomes possible again, they should try to use their networking skills to meet and approach lawyers for advice. They should also visit the Magistrates’ Court or Crown Court to watch lawyers at work, even if they’re not interested in criminal practice.”

One major stumbling block for career changers, of course, is being able to finance it. Are there any hidden costs that career changers should be aware of?

“By the time they’ve got to ULaw, people generally know the costs of the course,” says Petrie. “However, people can sometimes be surprised when it takes longer than they expect to secure a position. It’s not an automatic transition to the training contract, and there can be a two-year lead into it. They may have to work as a paralegal for a while.” Spreading the costs over a longer period of time by taking a part-time course may be a way round financial obstacles for many people, but they should also appreciate that hard work is involved and there may be a heavy toll on their social life.

Another question is age — how old is too old? On this, she says:

“My understanding is that firms are becoming more aware of the value of experience and of the diversity of their client group, and are therefore keen for career changers to apply to them. A 35-year-old stands every opportunity of making a good application and that goes for people in their forties too — I have worked with people in their forties who gained contracts at significant firms.”

A 35-year-old, for example, who has the same academic achievements as a 21-year-old, may have “more experience, maturity, gravitas, commercial awareness and stamina,” Petrie adds.

She cautions, however, against starting off an application by pointing out that you’re an “unusual candidate”, which tends to put firms off. It is better to take the approach that you are everything a 21-year-old is plus you bring added value. You stand an even better chance if you can bring contacts or tangible value because you are familiar with the type of clients the firm works with, for example, if you were a hedge fund manager in your former career, this could be of great interest to a set of chambers at the chancery bar or a law firm with a high profile finance practice.

The ULaw Employability team is a national team with local representatives at each campus, and covers careers advice and pro bono opportunities to its students. It currently gives remote advice to students, via telephone or online platforms and can talk them through the direction of the legal career they want to take as well as their CVs, cover letters and application forms. It runs workshops on topics such as commercial awareness, the power of LinkedIn, interview and assessment centre skills, and a whole range of other relevant topics. It holds talks and employer events such as law fairs and panel presentations with representatives from law firms, in-house legal teams and chambers taking part.

Anne Petrie will be speaking at ‘How to get into law as a career changer — with BCLP, Shearman & Sterling, 2 Temple Gardens and ULaw’, a virtual student event taking place tomorrow, on Thursday 13 May. You can apply for one of the final few (and free) places to attend the event now.