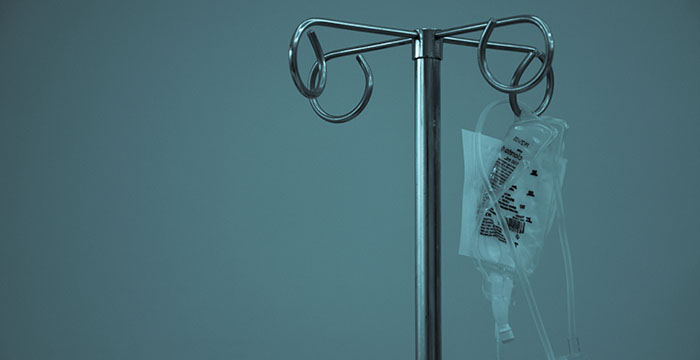 The effect of section 2(1) Suicide Act 1961 is that it is a criminal offence in England and Wales for a person to intentionally encourage or assist the suicide or attempted suicide of another person. In April 2019, former Supreme Court justice Lord Sumption expressed his view that while this legal position should not be changed, citizens are not necessarily under any moral obligation to obey it. Yet, on 2 July 2019, Adam Wagner of Doughty Street Chambers announced that a case was being prepared on behalf of Phil Newby which had the “ultimate aim” of “chang[ing] the law to make assisted suicide legal”. In anticipation of that case, this article first discusses the law on assisted dying in the UK and abroad. Second, attention turns to R (Nicklinson) v Ministry of Justice [2014] to explain the bases on which Newby’s case is brought. To conclude, we examine the arguments that will feature in Newby’s case and the lawyers that will bring them.

It is important to distinguish between three types of assisted dying; (1) active euthanasia, (2) passive euthanasia and (3) assisted suicide. As of August 2019, ‘active euthanasia’ (i.e. a person taking steps to compassionately bring about the death of another — imagine a doctor injecting a patient with a lethal drug) is legal in certain circumstances in Belgium, Canada, Columbia, Denmark, Holland, Luxembourg, South Korea, Switzerland and Uruguay. ‘Passive euthanasia’ (i.e. a person compassionately withdrawing life-sustaining treatment from another) is presently legal in certain circumstances in Argentina, Belgium, Canada, Chile, Finland, Germany, Holland, India, Luxembourg, Mexico, South Korea, Spain, Sweden and throughout the United States. Assisted suicide (i.e. a person compassionately helping a person to end their own life — imagine a doctor providing a lethal drug for a patient’s self-administration) is presently legal in certain circumstances in one Australian state (Victoria), Belgium, Canada, Colombia, Holland, Luxembourg, Switzerland and some parts of the United States (California, Colorado, Hawaii, New Jersey, Oregon, Washington, Washington D.C., Vermont and, from 1 August 2019, New Jersey).

In the UK, section 2(1) Suicide Act 1961 prohibits ‘active euthanasia’ and ‘assisted suicide’. ‘Passive euthanasia’, however, is lawful. So, while criminal liability bites on the doctor who injects his patient with lethal drugs on their request (or provides such drugs for the patient’s self-administration) a doctor may lawfully withdraw life-sustaining treatment from a patient who is in a persistent vegetative state (see Airedale NHS v Bland [1993]). For convenience, we may call this a ‘blanket ban’ on assisted dying because it is presently illegal for a person to help another end their life (unless the person who wishes to die happens to be on life-supporting treatment).

It’s been suggested that this blanket ban is inconsistent with the European Convention of Human Rights (ECHR). Article 8(1) ECHR enshrines the ‘right to respect for his private and family life’. The European Court of Human Rights (ECtHR) has held that Article 8(1) is engaged when an individual seeks assistance in ending their life (Pretty v UK (2002) and Haas v Switzerland (2011)). However, Article 8(2) allows states to restrict citizens’ Article 8(1) rights if so doing is “necessary in a democratic society”. So framed, the fight for individuals’ right to die takes place entirely within Article 8. On the one hand, the ECtHR has held that Article 8(1) gives European individuals a prima facie right to seek assistance in ending their lives. On the other, Article 8(2) allows states to render unlawful the provision of such assistance if so doing is “necessary in a democratic society”.

The UK justifies the blanket ban on assisted dying is “necessary in a democratic society” on grounds that, without it, society’s most vulnerable might feel pressured into ending their lives. The argument runs as follows: (i) old and severely ill individuals are often dependent on others; (ii) such individuals may have low self-esteem and feel that they are burdensome on their carers; (iii) if assisted dying were legal, vulnerable individuals might feel compelled to seek it out so as to relieve others from the burden they feel they impose. The fiercest challenge to this justification was brought in R (Nicklinson) and it is to that case which we now turn.

Before 2005, Tony Nicklinson was a successful civil engineer. While on a business trip to Athens, Nicklinson tragically suffered a stroke and developed ‘locked in syndrome’. This paralysed him from the neck down and restricted his communication to specific eye movements and patterns of blinking. Nicklinson foresaw the rest of his life as being “dull, miserable, demeaning, undignified and intolerable” and sought assistance to die in a manner of his choosing. After the High Court dismissed this request, Nicklinson refused all nutrition and sadly passed away on 22 August 2012. Before the Supreme Court, the widowed Mrs Nicklinson joined two other applicants and challenged the UK’s blanket ban on assisted dying on two grounds. First, relying on section 3 Human Rights Act 1998 (HRA 1998), applicants sought an interpretation of section 2(1) Suicide Act 1961 that was compatible with and left unviolated individuals’ Article 8(1) rights. Second, if a ‘convention-compatible’ reading was impossible, that the court make a ‘declaration of incompatibility’ (DI) between UK law and ECHR pursuant to section 4 HRA 1998. As it happened the Supreme Court refused to issue a DI by a majority of 7-2.

The court refused to issue a DI, in part, because they hadn’t been served with sufficient factual evidence to understand the risks and benefits associated with changing the blanket ban on assisted dying. Lord Mance felt that, without evidence, “it would be impossible for this court to arrive at any reliable conclusion about the validity of any [such] risks”. To reach a sound conclusion, Lord Mance considered that “detailed examination of first-hand evidence, accompanied by cross-examination” was required. Lord Neuberger agreed, expressing that “on the basis of the arguments and evidence which have been put before the court, there would have been too many uncertainties to justify our making a declaration of incompatibility”.

To understand the importance of factual evidence, we return to Article 8 ECHR. As explained above, Article 8(2) ECHR renders compatible states’ interference with Article 8(1) ECHR if such interference is “necessary in a democratic society”. Put another way, if evidence can establish that the British blanket ban on assisted dying is not “necessary in a democratic society”, its interference with individuals’ Article 8(1) rights will be unjustified. In such circumstances, there will be incompatibility between UK law and the ECHR. This is why Newby’s challenge is significant. It promises to involve a sufficient volume of factual evidence about the likely consequences of legalising some form of assisted dying to allow a court to assess whether, as the UK government assert, the current blanket ban on assisted dying truly is “necessary in a democratic society”.

Phil Newby is a 48-year-old man who, in 2014, was diagnosed with motor neurone disease (a neurological affliction causing muscle wastage and progressive loss of control over voluntary movement). Newby could lawfully seek assistance in dying only if he deteriorated to such an extent that he required continual life-sustaining treatment (which may lawfully be withdrawn). The problem is that Newby’s disease is progressing comparatively slowly. Newby does not expect to require life-sustaining treatment at any time in the near future. Instead, as set out in his letter before claim, Newby’s primary concern is “the psychological suffering he will endure as his body gradually ceases to function”. To predecease this suffering, Newby would require ‘active euthanasia’ or ‘assisted suicide’, neither of which are legal under British law as it presently stands. That is why Newby must challenge section 2(1) Suicide Act 1961.

The team behind Newby’s challenge is led by Paul Bowen QC (Brick Court Chambers) and also involves Jennifer MacLeod (Brick Court Chambers), Adam Wagner (Doughty Street Chambers) and Saimo Chahal QC (Bindmans LLP). Their challenge to section 2(1) Suicide Act 1961 has two limbs; that (1) the blanket ban on assisted dying disproportionately and unjustifiably interferes with individuals’ Article 8(1) rights and (2) the blanket ban brings a ‘real risk’ of driving individuals to commit suicide while they are still physically capable of doing so, thereby violating their right to life under Article 2 ECHR.

The distinguishing feature of this case, as explained by Wagner, is that the team “will take up the challenge set by the Supreme Court, to properly test the evidence as to the risks and benefits of legalising assisted suicide” through “a live evidence hearing with cross-examination of experts”. Indeed, public donations to Newby’s ‘crowdjustice’ page (which, at the time of writing, have recently grown to exceed £37,000) have been used to gather evidence “from doctors and international experts about what happens in other countries where some form of assisted dying is legal” and, conversely, “about how to avoid any harm to potentially vulnerable people and how safeguards would operate”. On 15 July 2019, Newby announced that “9 lever arch files setting out the case, containing evidence from over 20 witnesses” have been served on the Ministry of Justice (MoJ).

Newby’s challenge to section 2(1) Suicide Act 1961 is the first of its kind to involve this volume of detailed factual evidence. Presumably, Newby’s team will use this evidence to argue that the benefits associated with legalising some form of assisted dying outweigh the risks in so doing and, in consequence, the present blanket ban (or, more accurately, the extent to which it interferes with individuals’ Article 8(1) rights) is not “necessary in a democratic society” — rendering section 2(1) Suicide Act 1961 incompatible with ECHR. In such circumstances, the sitting court would be invited to issue a declaration of incompatibility between section 2(1) Suicide Act 1961 and ECHR. If a declaration was made, it would fall to parliament to debate whether the blanket ban on assisted dying should indeed be relaxed.

The author of this article intends to cover Newby’s case for Legal Cheek as it proceeds through the courts and hopes to personally attend hearings where possible and practicable to do so.