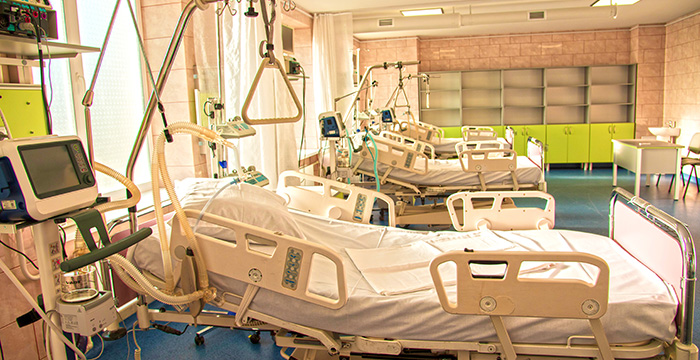 There are two elements necessary for medical treatment to be pursued in a lawful way. First, the patient must have the capacity to make the decision (regarding the specific treatment) and second, their positive (or negative) assertion to pursue (or not pursue) treatment must be established. But what about in cases where they are unable to make decisions, for example, where they are in a vegetative state?

Ordinarily, it will fall to the ‘best interests’ test where doctors and families will discuss what (if any) treatment should (or should not) go ahead, on behalf of the patient.

Previously, doctors were able to abstain from treating a patient in a certain way. For example, carrying out an operation that may sustain the patient’s life, but only provided it was in the best interests of the patient and the decision was agreed with family members. However, the provision of life-sustaining treatment (artificial feeding) was a different matter. This was highlighted in the case of Anthony Bland who was in a coma and being artificially fed after being injured in the Hillsborough disaster. Instead, health authorities would need to apply to the court of protection to hear whether it is lawful to allow the withdrawal of artificial feeding.

In a judgment handed down yesterday, the Supreme Court held in An NHS Trust and others v Y that this is no longer the case.

Mr Y was a banker who suffered from cardiac arrest. Prior to the incident, he was very active, attending the gym, skiing and music concerts. He had not expressed what his wishes were to be if he ever ended up in a vegetative state. Doctors declared that in his unconscious state he was unaware of his surroundings, unaware of himself and that it was highly improbable he would regain consciousness. His family agreed with medical professionals that it would not be in his best interests to keep him alive as he would not wish to continue living in a vegetative state.

The judgment read that the Mental Capacity Act 2005 (MCA) itself, which governs these cases, does not prescribe any rules relating to the incident of Mr Y, other than that it must be in his “best interests”. Looking further to the Code of Practice guidance, “an application ‘should’ be made to the court and that ‘as a matter of practice’ such cases ‘should be put to the court of protection for approval’, referring to a ‘case law requirement to seek a declaration’, the source of which is given as the Bland case. A code in these rather ambiguous terms, plainly attempting to convey what the cases have so far decided, cannot extend the duty of the medical team beyond what the cases do in fact decide is incumbent upon them. Whatever the weight given to the code by section 42 of the MCA, it does not create an obligation as a matter of law to apply to court in every case.”

While this judgment means that others in the same situation can now avoid court, cases will still go to court where a person in persistent vegetative or minimally conscious state had not set out their wishes for medical treatment, and there is a dispute within or between family and medical teams about whether clinically assisted nutrition and hydration is in the best interests of the individual. Ultimately, there is no longer any requirement for the court of protection’s involvement, provided it is in the patient’s best interests to withdraw treatment (e.g. feeding), and there is an agreement between family members and doctors that it is in the patient’s best interests and there is an absence of advance wishes from the patient that are to the contrary.

Looking more closely at the decision, it was arguably not an unexpected one. More often than not, cases of best interests will consider medical evidence from doctors completely independent to the law itself. Take for example, the recent case of Alfie Evans — an young boy from Liverpool with an undiagnosed neurodegenerative disorder.

At one point, Justice Hayden seemed swayed that Alfie had ‘yawned’ and that this was a pinnacle part of the case potentially indicating Evans’ awareness of the outside world. Hayden goes on to discuss how he sought further advice from a medical professional, stating “Dr R said there is not sufficient of Alfie’s brain left intact for this to occur, other than as a reflexive action. The effect is entirely to mimic a purposeful yawn”. The evidence was taken at face value, without question, changing the entirety of the case itself. What was a potentially decision-changing moment, was disregarded by the words of one doctor and the reliance that the legal profession placed upon it.

It is clear therefore, that the weight of medical evidence has always been, and will especially now, fall in favour of the medical profession. So why was there any need for formal hearings in the court of protection with such a separation between the medical and legal professions, and such reliance on medical evidence as being completely accurate?

In hindsight, there probably was little argument for the law as it was (ethical debate aside). Especially when there are approximately 1,500 applications made to the court each year, waiting periods spanning from months to years and the associated costs of making the applications and hiring representation.

Ethically speaking, activists have spoken out that the removal of food and water in cases as such would see people suffer, essentially being starved and dehydrated to death. But in a country where assisted dying is prohibited, and the only other alternative is keeping the vegetative patient alive indefinitely, it seems the court has placed greater value on the argument of ending life at the expense of prolonging it, where quality of life is diminished.

With this in mind, it is speculative whether the case could mark a significant (albeit gradual) milestone in the evolution of allowing assisted dying. Where there is greater scope for the removal of treatment and promotion of allowing discontinuation of life where the quality is diminished, could parliament be pressured into reconsideration of an arguably outdated law? Perhaps, perhaps not. It is not a decision the Supreme Court can make, and only time will tell.

Lydia Campbell is studying the Bar Professional Training Course at BPP Law School. Prior to this, she completed an LLB and LLM in medicine and healthcare law at the University of Liverpool.