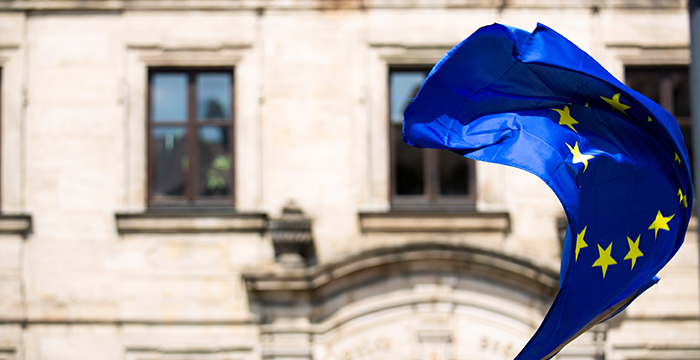 On Monday 9 September, on BBC Radio 4’s Today programme, the distinguished historian and visiting professor at King’s College London, Andrew Roberts, engaged in a discussion about the government’s obligations under the European Union (Withdrawal) (No 2) Act 2019.

The Act attempts to ensure that the UK does not leave the European Union without a deal unless this is agreed to by parliament. The participants to the discussion considered whether the Act may be challenged in the courts. Roberts stated:

“… another area that might be challenged is over whether it was constitutional at all to have a Bill passed as a result of the Speaker [of the House of Commons, John Bercow] ripping up constitutional conventions and whether, if the Speaker can be shown not to be impartial, that [the enactment of the Bill] would ever have happened. So the Supreme Court could look at that, and how the Bill came about, and whether, using Standing Order 24 to take over the government’s timetable was legal …”

The ongoing situation over Brexit has exposed some of the uncertainties and vagueness of the UK constitution. I can, though, confidently predict that the courts would not entertain a challenge to any act of parliament on the ground articulated by Roberts.

Parliament is sovereign. Traditionally, this has meant that it may enact any law whatsoever and that no court may overrule, set aside or make a ruling that runs contrary to an act of parliament. This traditional approach has been qualified by membership of the European Union. As first demonstrated by the Appellate Committee of the House of Lords in the Factortame [1990] case, the courts may disapply legislation if it conflicts with European Union law.

In non-EU cases, the courts will not overrule an act for any reason. They will not rule against an act on substantive grounds — say because the act infringes some moral or constitutional standard. This was made clear by Lord Reid in Madzimbamuto v Lardner-Burke [1968]:

“It is often said that it would be unconstitutional for the United Kingdom parliament to do certain things, meaning that the moral, political and other reasons against doing them are so strong that most people would regard it as highly improper if parliament did these things. But that does not mean that it is beyond the power of parliament to do such things. If parliament chose to do any of them the courts could not hold the act of parliament invalid.”

More pertinently for this article, if an act has been passed by the three constituent parts of parliament, the two Houses and the Monarch, the courts will not rule it to be invalid on the grounds that, for instance, some procedural step was not followed. This is sometimes known as the enrolled Bill rule and was stated by Lord Campbell in Wauchope v Edinburgh and Dalkeith Railway Co [1842] in response to an argument that a statute was invalid because the rules of the House of Commons were not followed during its enactment:

“All that a Court of Justice can do is to look to the parliamentary roll: if from that it should appear that a bill has passed both Houses and received the Royal assent, no Court of Justice can inquire into the mode in which it was introduced into parliament, nor into what was done previous to its introduction, or what passed in parliament during its progress in its various stages.”

That is, if the official version of an act demonstrates it has been passed by the House of Commons, the House of Lords and received Royal assent, the courts will not strike it down on the ground that something improper occurred during its enactment.

When examining the official version of an act of parliament, the courts will look to the enacting formula, which heads each statute. This reads:

Be it enacted by the Queen’s most Excellent Majesty, by and with the advice and consent of the Lords Spiritual and Temporal, and Commons, in this present parliament assembled, and by the authority of the same, as follows:—

Where a statute has been enacted using the procedure under the Parliament Acts 1911 and 1949 — without the consent of the House of Lords — the enacting formula will reflect this:

Be it enacted by The Queen’s most Excellent Majesty, by and with the advice and consent of the Commons in this present parliament assembled, in accordance with the provisions of the Parliament Acts 1911 and 1949, and by the authority of the same, as follows:—

Indeed, the courts have said that, even if it can be demonstrated that an act was obtained fraudulently, by somehow misleading parliament, the courts will not rule it to be unlawful. In Lee v Bude and Torrington Junction Railway Co [1870-71], Sir John Willes said: “If an act of parliament has been obtained improperly, it is for the legislature to correct it by repealing it: but, so long as it exists as law, the courts are bound to obey it.”

It is for these reasons that I can confidently say Roberts is not correct. That, even if it could be demonstrated that the Speaker of the House of Commons has acted improperly or unconstitutionally (and I make no comment on this), the courts would not rule the European Union (Withdrawal) (No 2) Act 2019 to be invalid as long as the enacting formula demonstrates that it was passed by the House of Commons, the House of Lords and that Royal assent was obtained.

Dr John McGarry is an associate lecturer at the University of Bolton.