Dating apps may seem like a piece of fun but more sinister goings-on may be at play, such as privacy and human rights breaches, writes third year law student Tanzeel ur Rehman 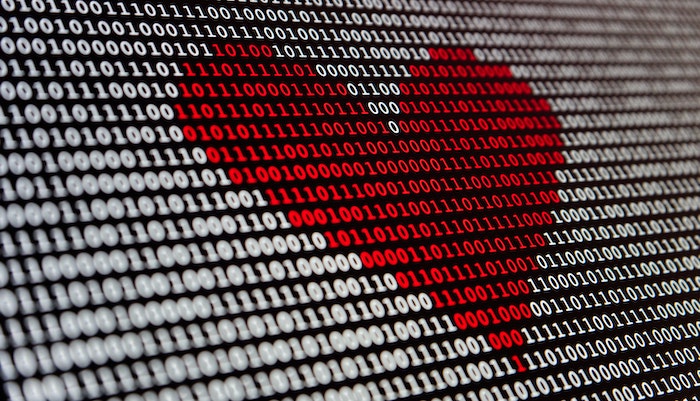 “I s’pose the other boy’s fillin’ all my dates?”

Early 20th century US columnist George Ade’s fictional character, the heartbroken office clerk named Artie, confronted his ladylove after finding out she had dumped him for someone else. Interestingly, the origins of the word “date” in its romantic sense can be traced to the 1896 pages of the Chicago Record/Herald. With booming industrialisation, the lexicons of love changed, and ‘courtship’ became ‘dating’. Those were days before the two world wars, and human rights issues couldn’t, in the slightest degree, be associated with an amorous subject like “dating”.

Our times are different, and with booming digitisation, the modern concept of dating is being identified by the swipe culture. Dating apps have reorientated how an entire generation meets new people. If one is looking for love, dating apps are the best way to go about it.

As a student of law, one must wonder, whether these apps are being mindful of the users’ human rights. A damning report published by the Norwegian Consumer Council provides evidence to the contrary. A recent Netflix documentary also provides an insight into the dark and sinister side of the dating app world. Whereas a BBC Three documentary reveals, based on data from the National Crime Agency, that sexual offences linked to dating apps doubled between 2017 and 2020 and that half of the victims who had reported someone, were dissatisfied with the dating platforms’ response.

Sexual and gender-based violence is now being closely linked to the digital realm. The umbrella concept of technology-facilitated sexual violence (TFSV) encompasses all that negative use of technology which enables violence, harassment and abuse. Dating apps are proving to be a suitable avenue for TFSV. This can take many forms. On the platform itself, unwelcome sexual conduct and sexualised comments, including unsolicited sexual images/messages are commonplace. Abuse and violence may also become part of the physical encounters facilitated by these apps. The geolocation features associated with these apps enable crimes such as stalking.

A 2018 survey in Australia concluded that 70% females and 67% gender-diverse persons were at a higher risk of being victims of TFSV. In 2020, A Pew Research Center study reported that 57% of female online dating app users have experienced some sort of harassment on these platforms. In Opuz v Turkey, the European Court of Human Rights highlighted the fact that violence of a gendered type which affects women disproportionately, is also violative of the non-discrimination principle enshrined in Art 14 of the European Convention on Human Rights.

Is it really private?

TFSV is just one aspect of the pernicious upshots of the dating app world. The users’ right to privacy is also an inviolable human right. Unfortunately, examples from Egypt, Lebanon and Iran bear witness to the treacherous use of these technologies. State authorities have reportedly used data gathered from these apps to persecute LGBTQ+ individuals for ‘indecency’. According to Human Rights Watch, such snoopy practices, employed to curb dissent, are violative of the users’ multiple fundamental rights. More importantly, there is little being done by the developers to protect their users from such interferences. According to an older report by the UN High Commissioner for Human Rights (OHCHR), as part of the human rights due diligence framework, business enterprises “are expected to communicate transparently with users about risks and compliance with government demands”.

Jurisdictions around the world have had mixed responses when holding platform developers liable. Being intermediaries, platforms have limited or no liability for illegal acts committed by third parties in the US. In a lawsuit against a dating app, it was held that platforms are protected from liability under the infamous section 230 of the Communications Decency Act. Contrastingly, Israeli courts have held these platforms liable for failing to remove fake profiles. In the UK, the government has promised “ambitious plans for a new system of accountability and oversight for tech companies” and wants the country “to be the safest place in the world to go online”.

A 2017 study analyses the new ‘anti-rape’ features which have emerged to address TFSV. In analysing 807 features across 215 different apps, the study notes that these features, being farcical stopgaps, only serve the purpose of improving perceptions. Eighty percent of these features are made ‘to be used during a specific incident’. These features are reassuring, but would most likely be ineffective in a real attack because they do not address the various forms of coercion a perpetrator would probably use, nor are they relevant to the multiple circumstances a victim may face. A more recent study of mainly teenage respondents concluded that such features are only designed to address the common perceptions of sexual abuse, ie gender exclusiveness and generalised safety dilemmas.

The origins of the word “date”, as it appeared in print, had a light-hearted flavour. But the human rights concerns of modern-day app dates, do not. It is highly likely that these dating platforms, in the foreseeable future, will use and augment other emerging technologies (for example augmented or virtual reality) and data from other mediums (for example clothing data, lifestyle preferences, users’ medical conditions, physical proximity and interactions) which could create new rights’ issues.

It is important for all stakeholders to consider a research agenda which assesses the impacts and risks beforehand, in order to develop legislation, regulation, best practices and a more robust due diligence framework. For now, all these emerging (human rights) concerns have been receiving, at best, sporadic attention.

Tanzeel ur Rehman is a third year law student at the University of Sindh, Pakistan.