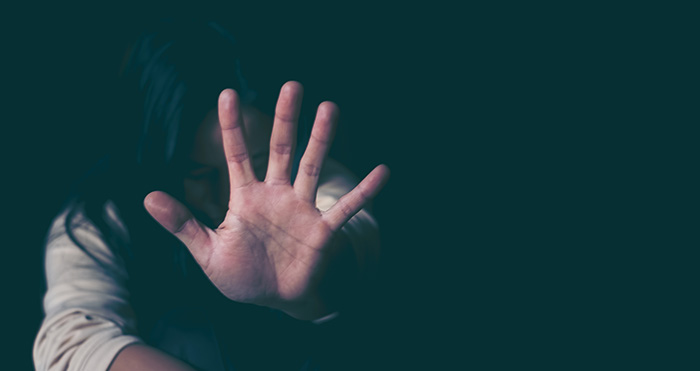 The law has traditionally been slow to deal with gendered issues and inequalities that arise within it. One such example is the marital rape exemption that existed in English and Welsh law until 1991. Many law students are appalled to learn that until the exemption was reversed in R v R, one could not be found legally guilty of raping his wife.

Another area of the law that has been slow to evolve is domestic abuse. Despite the fact that one in ten crimes recorded by the police are domestic abuse cases, there was no dedicated offence specifically dealing with it until 2015 with the passing of the Serious Crime Act (SCA).

Section 76 of the SCA 2015 introduces the wordy offence of controlling or coercive behaviour in an intimate or family relationship. This offence essentially seeks to criminalise behaviours, such as manipulation, which are likely to do harm to another party in a domestic situation. The offence is largely considered a reactionary response to the verdict in R v Dhaliwal.

In that case, a woman was psychologically abused by her then partner to the point she decided to commit suicide. The police decided to prosecute the offence under section 20 of the Offences Against the Person Act 1861 (OAPA) relying on psychiatric injury as the basis of the charge. The case failed as the prosecution were not able to prove the victim had a recognised medical condition caused by the defendant. The burden of proof for demonstrating psychiatric injury is generally quite hard to overcome in criminal law, especially when the victim is deceased. The case highlighted the problems of not having a dedicated offence to deal with cases of domestic abuse.

Many feminist jurists were highly critical of the decision. The courts have been willing to expand the scope of the OAPA in cases such as R v Brown and R v Chan Fook. Relaxing the requirements for psychiatric injury could have allowed the courts to tackle the rampant and under-prosecuted issue of domestic abuse under the OAPA.

Parliament has intervened with the section 76 offence under the SCA but the reception so far has been mixed. Commentators have been sceptical of the offence. Nicola Padfield, a barrister and Cambridge academic, notes that the new law is overly complicated and may not be used at all by the police. She further goes on to disapprove of the introduction of new offences instead focusing on making the existing law more efficacious. Some specific problems she highlights are the lack of legal aid for these victims and the fact that the police do not bring forward prosecutions in many domestic abuse cases.

Other commentators have taken a more optimistic approach to the new offence. Charlotte Bishop, a lecturer at Exeter Law School specialising in domestic and sexual violence, argues that the new offence is beneficial as it recognises the harm done in non-physical psychological abuse. She argues the offence could help shift societal and judicial attitudes about psychological abuse which could have long-term benefits for the law. Furthermore, she notes the new offence allows the law to take into consideration the wider context of abuse in an intimate relationship. Prosecuting domestic abuse under the OAPA would mean the domestic context could not be meaningfully considered.

I am personally of the view it would have been preferable to expand the law in the OAPA and avoid creating a new offence. There are already a litany of offences available to the police in prosecuting domestic abuse. The introduction of a new offence further complicates the job of the director of prosecutions. It has also been noted that the OAPA is a living instrument to be adapted to present day conditions. The creation of a new common law doctrine to deal with domestic abuse under the OAPA could allow the courts to shift the law in a way that better deals with such crime. Statute law is rigid and cannot be adapted to novel cases to the extent common law can.

Furthermore, there are systematic issues hampering the prosecution of domestic abusers that cannot be solved with new offences as pointed out by Padfield. The government should devote more resources to legal aid for domestic abuse victims and work on providing more resources such as shelters.

It is too soon to evaluate the effect of the new offence. There has been a successful prosecution of a case materially similar to R v Dhaliwal under section 76 of the SCA. This could suggest the offence is having a positive impact as more domestic abuse victims will be able to seek redress, but more case law is required for a conclusive evaluation of the new offence.

Rodney Dzwairo is a first-year law student at the University of Warwick. He’s an aspiring commercial solicitor.