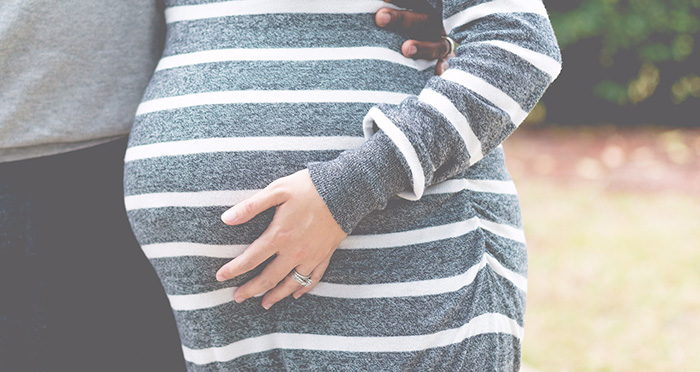 An intentionally provocative article in a recent issue of Grazia argued that in the face of ramped-up fears about teenage pregnancy, too many schoolgirls are so forcefully taught how not to get pregnant that they lack an education on fertility and childbirth. It reads:

“By failing to teach generations of girls how to get pregnant, we have left grown women unable to do so: unaware of the symptoms of infertility and blinded by the belief that IVF can solve every problem.”

Indeed the magic bullet afforded by IVF, in vitro fertilisation, is not as magic as you might think. IVF is one of the most invasive of all fertility treatments; it involves: suppressing the menstrual cycle; boosting egg supply; collecting eggs from the ovaries (with a needle); fertilising these eggs and transferring these into the womb. Side effects include, on the more moderate end of the scale, hot flushes and headaches, and, on the more serious, ectopic pregnancy and blood clots.

After all that, the chances of success are low: birth rates range from 2% to 33% depending on the woman’s age. The likes of Kim Kardashian have been open about their failed IVF attempts, the reality star claiming that the process left her “exhausted” and “over it”.

But for all the treatment’s clinical problems, the general consensus is that the law governing IVF has taken massive strides in recent years.

Legislation in the form of the Human Fertilisation and Embryology Act 2008, regulated by the Human Fertilisation and Embryology Authority, washed away many of the once discriminatory practices associated with the fertility treatment. This sweeping legislation (it has over 200 provisions) was described by the authority’s former chair Lisa Jardine as “radical [and] far-reaching”, it granting equal access rights to IVF for everyone regardless of marital status and sexual orientation.

While legal and ethical debates on the concept of third-person parenthood, sex selection, pregnancy post-menopause and more continue, concerns over equal access have been quelled by the 2008 act. Yet, as is so often the case with medical law statutes and others, the push for equality heralded by the act’s champions isn’t quite felt so acutely by those trying to make use of it. But it’s not potential users’ marital status or sexual orientation standing in their way, but where they live.

This is because the provision of NHS-funded IVF cycles is organised by clinical commissioning groups (CCGs), i.e. by location. These CCGs came into being thanks to the Health and Social Care Act 2012, and there are currently 207 of them.

The National Institute for Health and Care Excellence (NICE) recommends that women who are less than 40-years-old and have been unable to get pregnant after two years of trying should be offered three full IVF treatments on the NHS. (Beyond that, those wanting access to IVF treatments are expected to pay privately, the NHS website stating that “costs vary, but one cycle of treatment may cost up to £5,000 or more”.)

IVF’s dismal success rates mean even three cycles won’t be enough for a high number of would-be parents. And yet, the non-binding nature of the guidelines means CCGs have free rein to set their IVF rules. You may expect just rare instances of guideline-straying but no: just 12% of CCGs actually follow them.

Campaign group Fertility Fairness has ranked all 207 CCGs as part of its ‘IVF League Table’, to provide an insight into how CCGs compare in their provision of fertility treatment. The likes of Bury and Oldham did well, their access score being two-and-a-half. By contrast, seven CCGs scored zero as they do not offer any NHS-funded cycles: Basildon and Brentwood, Cambridgeshire and Peterborough, Croydon, Herts Valleys, Mid Essex, North East Essex and South Norfolk.

This postcode lottery approach to IVF doesn’t just relate to the number of rounds on offer. To give you an example of the subtleties: in Liverpool IVF is available for women who have no living children (and who satisfy a number of other criteria), while in Haringey the recipient must have no living children from their current relationship and their partner must be childless. In Norwich, a woman must have been trying to conceive naturally for three years without success; in Erewash, one year will suffice.

The result of this patchy application of the law is that women with fertility issues in Hackney will be entitled to just half the number of rounds of IVF that her counterpart just down the road in Islington would be, or just one third of that on offer in Camden. The ‘one chance’ approach to IVF only adds to the “inevitable emotional roller coaster” that is fertility treatment, journalist Emily Phillips (again in Grazia) conceding that “the injustice is hard to bear”. NICE has called for an end to this practice, telling CCGs to “stop rationing fertility treatment”.

And yet, others argue that struggling women should be grateful for whatever ‘free’ rounds of IVF they manage to receive.

Journalist Sirena Bergman thinks that there’s a crucial distinction between “curing illness and curing dissatisfaction”. While the NHS continues not to fund eye tests, dental treatments, air ambulances, prescriptions and at-home care, she argues, they should not fund IVF. This feeling extends beyond opinion pieces. A recent poll of 600 medics found half of doctors think the NHS should stop funding IVF.

Journalist Fay Schopen, who candidly spoke about her fertility struggles in The Guardian, seems to err on this side of the debate when she says: “I don’t believe anyone has a right to have a child.” But, she continues:

“[A]s Professor Simon Fishel, who pioneered IVF in the UK, says: ‘You have to treat citizens equally and this is a deliberate inequality and obfuscation.’”