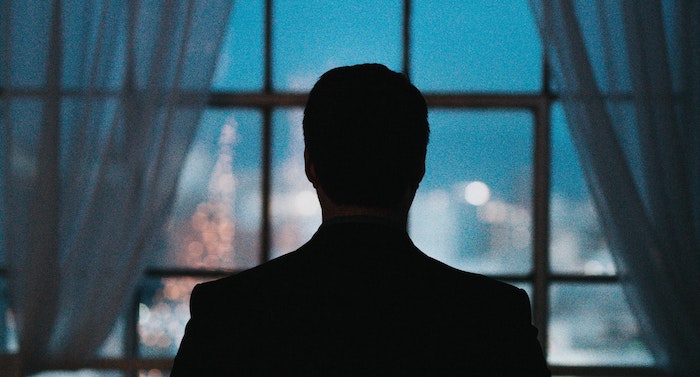 Spectre’s opening scene in the shadows of Mexico City’s Festival of the Dead exhibited all of the best things about Bond movies. Stunts: check. Exotic dancing and glamour: check. Mysterious love interest: check. Yet the last of these may soon be a thing of the past… For ultra-realistic spy movies based in the UK, anyway.

Would Spectre have been so thrilling if we had learned how 007 checked in at the embassy only a few hours after landing, compelled by government decree? Probably not.

The hope is that tightened domestic security laws introduced by a new Espionage Bill, will allow the government to prosecute hostile actors operating on British soil more easily. But will it work?

The British government has vowed to modernise spying laws, through a review of the Official Secrets Act, the introduction of an “Espionage Bill” and even a tightening of laws on foreign investment visas. This comes in the wake of the publication of a parliamentary report on the ‘Russia threat’ which accused the government of “badly underestimating” the Kremlin’s influence on the UK. In response, the government doubled-down on their refusal to review Russian interference.

The issue is, however, in the words of BBC political editor, Laura Kuennesberg, “if you do not seek, you do not find”. And the government appear to be intent on not seeking.

All that being said, it seems pretty unimpressive from the country which inspired the Bond universe.

Give me some details

Putin’s Russia is propounding a hawkish foreign policy, with a willingness to pursue its objectives without fear of threatening international peace. In the wake of the poisoning of the Skripals two years ago and the assault on international institutions by state-sponsored hacking groups, such as Cozy and Fancy Bear (spot the creativity), and even concerns surrounding Chinese influence exerted through Huawei hardware, Western governments have scrambled to react.

In response to these threats, the British government commissioned two reports (found here and here) on Russian interference. The first of these was published on 21 July.

What did the report say?

It scrutinised British security laws, criticised the government’s handling of the threat posed by Russia and proposed legislative changes. Furthermore, it accused the government of actively avoiding confrontation of Russian interference in British affairs. It described the UK as being the biggest target after the United States and NATO.

In addition to this, it said that British security agencies have concentrated too hard on the threat of Islamist terrorism, failing to protect the integrity of democratic structures by overlooking the threat posed by potentially hostile states, like Russia.

What is the Official Secrets Act?

It is the legislation in Britain which provides the main legal protections against spying and the unauthorised disclosure of official and sensitive information. It has not been updated since 1989 and was one of the main focuses of the report in question.

The current Official Secrets Act includes powers to prosecute anyone who shares classified information, including someone who intercepts it. Yet is incapable of dealing with newer tactics of influence such as big data manipulation and cyber-espionage.

Prosecution under the Official Secrets Act is rare (fewer than one a year). The rarity of prosecution is one of the reasons behind the reforms being proposed.

What changes are being suggested?

A review of the Official Secrets Act and the introduction of a new “Espionage Act”. The consequences of this would be twofold. It would sharpen the teeth of security agencies hoping to deal with threats posed by spying operations and would compel foreign agents operating on British soil to register with the government. Failure to do so would result in prosecution. This would allow for the prosecution of double agents too.

The Act is likely to be based on the American Foreign Agent Registration Act 1938. This would force individuals, working with foreign governments to register with British authorities or face extradition, preventing them from concealing their links to an overseas power and covertly lobbying for the interests of a hostile state.

Why are these changes necessary?

British security and cyber-security laws are said to be woefully outdated. An ex-head of MI5 described the Official Secrets Act as “dusty and largely ineffective” arguing that “it is not an offense in any sense to be a covert agent” in the UK “unless you acquire damaging secrets and give them to your masters”.

This was echoed by Nigel Inkster, former director of MI6 who said under current laws unless authorities catch “somebody red-handed taking delivery of papers marked ‘Secret’, it is really difficult to prosecute anybody for espionage” in the UK.

For example, in relation to cybercrime, as it stands, MI5 and its cousin security agencies are severely constrained by what they can investigate without being explicitly tasked by ministers. Updated legislation could allow intelligence services to be more pro-active in seeking out threats posed by hostile states, without explicit instruction by government ministers.

Legislation in the UK is said to be inadequate. Specifically, it is incapable of tackling modern threats, such as cyber warfare, as is imperative security agencies act quickly and without constraint.

What are the criticisms of these reforms?

Some argue this may constrain the freedom of the press. This is rooted in the fact that the Committee behind the report argue that the definition of “espionage” should be broadened.

Critics say a broadened definition could criminalise journalists who publish leaks and constrain whistleblowers from exposing malpractices. Defence of prior disclosure or publication would also be removed — making the re-publication of information already in the public domain an offence.

So, what’s going to happen?

At this stage, things are still uncertain. This report has created shockwaves, in part due to its blunt accusations of a sitting government about its willingness to overlook credible threats. It is worrying, too, that representatives of the British press remain not-consulted on questions of press freedom.

Yet one thing is for certain, British security agencies are no longer the bastion of spy agencies, both real and fictional, that they once were. Unfortunately, therefore, Bond’s real-life counterparts are not risking jail just yet and M is turning in her grave (in the Daniel Craig universe anyway).

George Maxwell is an aspiring solicitor and philosophy, politics and economics student, in his final year, at the University of Warwick.