The legislation is heading in the right direction — albeit slowly 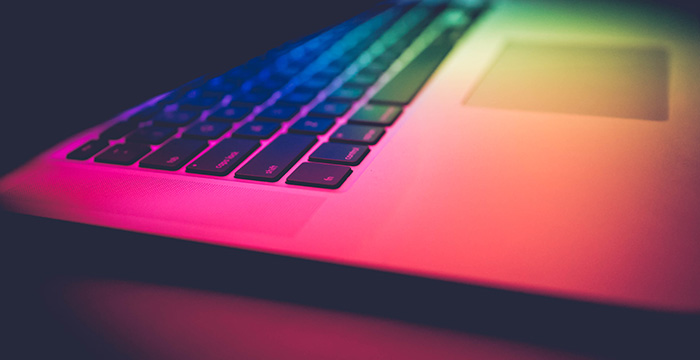 Fame, money and the ability to flog teeth-whitening products to your newly-inflated Instagram following — there are, undoubtedly, a host of benefits associated with appearing on the reality TV programme, Love Island.

However, it is not all PR deals and parties for the islanders once they leave the villa. There are some serious real-world downsides to contend with. Perhaps the worst of these is the intense media scrutiny each contestant is subjected to, as the press pours over every morsel of their private life to fill the daily click-bait quota. With a raised public profile comes the risk of past images or actions best left forgotten making their way into the public domain. This used to be the sole preserve of the tabloids and gossip sheets — now social media ensures unwanted images and videos spread like wildfire.

There is still a lot of work to be done, however, particularly concerning the issue of victim anonymity — or lack thereof. Lord points out that because the crime itself is classed as a communications offence rather than a sexual offence, victims are not automatically entitled to anonymity under the Sexual Offences Act 2003.

Could anonymity ever be abused? In theory, it could lead to a slew of false allegations. However, Wilson points out that there are safeguards under the Sexual Offences (Amendment) Act 1992, which ensures there is no prohibition on reporting that an individual who has deliberately made a false complaint is subsequently being prosecuted for attempting to pervert the course of justice.

“This might include where the party disclosing the images is bragging, making a bad joke or has a financial motivation. Where disclosure takes place in these circumstances, it can be equally as damaging. In my view, to protect a wider class of victims, the legislation should be amended so that a defendant is liable where ‘he knows or ought to know that the disclosure is likely to cause the subject distress’.”

For example, in a landmark ruling at the High Court in January this year, an American YouTube star, Chrissy Chambers — one half of the 790,000 subscriber BriaAndChrissy YouTube channel — successfully sued her British ex-boyfriend for uploading videos of the two of them having sex, which had been recorded without her knowledge. As the videos were recorded in the US but uploaded in the UK and published before new revenge porn laws came into effect, chambers had no criminal channels to seek prosecution. Consequently, she launched a civil suit, accusing her ex-boyfriend of breach of confidence, misuse of private information, and harassment and was awarded “substantial damages” by the High Court.

Despite this victory, the law has a long way to go if it is to counter the rise in online image-based sexual abuse. In an interview with The Independent, Maria Miller MP, chair of parliament’s Women and Equalities Select Committee, has argued for a broader legal approach to the issue. She said:

“Rather than continuing to have a piecemeal approach to the way we deal with abusive images being distributed without people’s consent, we need to have a more strategic piece of legislation which criminalises all these images and does so in a way that it can deal with new offences and new abuses as they emerge, such as ‘deepfakes’.”

Indeed, Andrew Lord argues a “lacuna in the law” concerns images which are digitally created or altered in a sexualised way, claiming “celebrities in particular are vulnerable to the creation of sexualised pseudo-photographs”. These ‘deepfakes’ can be so sophisticated that it is almost impossible to readily identify images as false.

“We need look no further than the Australian Crimes Amendment (Intimate Images) Act 2017. This straightforwardly criminalises all non-consensual creation and/or distribution of intimate sexual images. And it includes threats to do so — another gaping hole in English law. And it includes altered images — yes, another gaping hole. With AI technology and ‘fakeporn’ becoming a growing menace, English law needs to keep pace with these new ways of perpetrating sexual harassment”, said McGlynn.

Max Aitchison studied English literature at Durham University and is an aspiring journalist. He is currently working as a news writer for LexisNexis.