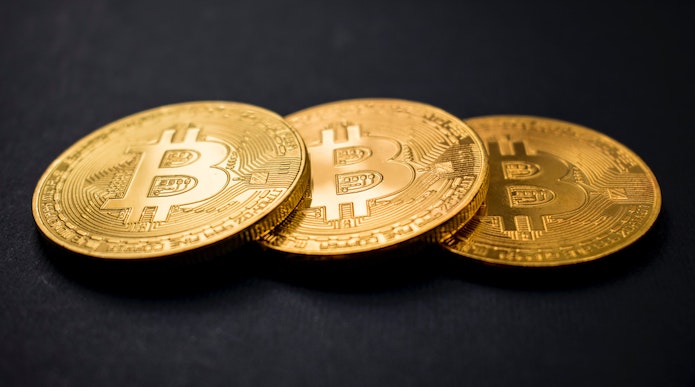 The evolution of currency

Some time ago, people traded goods and services, directly, through a system of bartering. Over time, and in order to speed up and standardise transactions, currencies began to form. The first use of an industrial facility to manufacture coins that could be used as currency was thought to date back to 600 B.C., when the elites of Lydia (modern-day Western Turkey) used stamped silver and gold coins to pay armies. Moving forward through the centuries, we’ve come to rely on fiat currencies (coins, banknotes and credit cards) to purchase goods and services. The 21st century has graced us with yet another currency — the virtual currency, also known as cryptocurrency. In 2009 Bitcoin was the very first cryptocurrency to hit the market, invented by Satoshi Nakamoto, in response to the 2008 financial collapse.

Today, there are over 4,000 types of cryptocurrency circulating the global digital infrastructure. These virtual currencies can be used to buy goods and services, using an online ledger with strong cryptography to secure online transactions, built on top of blockchain technology.

Blockchain can be pretty complex, but just think of a database storing information in blocks, with chains linking these blocks in chronological order. Different types of information can be stored on a blockchain; for example, it is used in land registry to record things such as structural changes to buildings, and “if the property is sold, all the relevant documentation can be transferred to the new owner. Every transaction is traceable, timestamped, and indisputable”. The most common use of blockchain so far has been as a ledger for transactions. Blockchain technology serves as the backbone and enabler of the existence of cryptocurrency.

Bitcoin transactions are recorded on a blockchain in a decentralised way — this means that no single person or group has control over the way data is stored, rather, all users collectively retain control. This maintains the integrity of the ledger and prevents people from corrupting the system, quite unlike our traditional currencies, which are controlled by our central banks and the government. This doesn’t mean that decentralised systems are capable of defying any form of manipulation, but it does mean that there is no single point of attack, making it highly hack-resistant.

Because blockchain is decentralised, and not controlled by one single authority, it is feared by central banks and governments, because they cannot manipulate the value of cryptocurrency in the same way they do with our traditional currencies. This means that, if we were to adopt cryptocurrency as our primary form of currency, central banks and governments would not be able to interfere, and therefore could not control the rate of inflation. Furthermore transactions over a blockchain cuts out government tax revenue, and interests from financial institutions. Whilst this sounds appealing there are, understandably, fears and uncertainty towards the nature and uses of cryptocurrencies.

Legal tender exclusively refers to fiat money and is recognised as satisfactory payment to extinguish a debt. Although cryptocurrencies do not have a traditional legal tender, there is no reason that cryptocurrency cannot be accepted as a form of payment. Firstly, credit card payments do not have legal tender, yet they are widely accepted as a form of payment; and secondly, Bitcoin is already accepted as a form of payment by Starbucks, Whole Foods and other major retailers. US-based payments start-up, Flexa, believes that “the best way for global commerce to become more efficient and accessible is by bringing cryptocurrency to the masses”. Furthermore, this year Elon Musk’s electric car company, Tesla bought $1.5 billion (£1.1 billion) in Bitcoin. It said it expects to start accepting it as payment in the future. This purchase led to a spike in the value of Bitcoin, demonstrating that an increase in confidence in the crypto markets equals an increase in market value.

Imposing regulations on blockchain and cryptocurrency

There is no doubt a huge requirement to educate ourselves on blockchain and cryptocurrencies, so as to prepare ourselves for the opportunities that come with new emerging technologies. Yet, in the last 12 years since cryptocurrency was introduced, it seems the rate at which people are becoming familiar with cryptocurrency is indeed very slow, and it appears that financial authorities and governments around the world are beginning to scrutinise cryptocurrencies, rather than educating people on something that is already taking shape.

In January 2021 the UK’s Financial Conduct Authority (FCA) imposed a regulatory ban on the trading of cryptocurrency derivatives, which only goes to show the scepticism and the lack of control authorities have over cryptocurrencies. Across the Atlantic, towards the end of 2020, the US Securities Exchange Commission (SEC) filed a multi-billion dollar lawsuit against one of the major cryptocurrencies, Ripple Labs (Ripple) and its executives for its selling of XRP, claiming it fails to meet the criteria of a currency, and fits the criteria of an investment contract, and is thus a security. The SEC is now seeking injunctive relief and disgorgement of alleged ill-gotten gains.

Many believe that the SEC’s “misguided” lawsuit against Ripple will cause further harm to cryptocurrency, and this has proven true. Since the lawsuit was filed, various exchanges began to delist XRP, causing doubt amongst the public in the value of various cryptocurrencies in general. On the other hand it is thought this this lawsuit will bring about the regulation required, and perhaps bolster certainty and public confidence. Recently, on 9 March 2021, it was reported that US lawmakers introduced a bipartisan bill to clarify crypto regulation. Perhaps this bill will provide the public with the much needed clarity over the differences between a currency and a security, so that they can make choices for themselves.

When it was first introduced, Bitcoin was worth less than US $1. It is now worth over US $50,000 (£36,000). The surge in price is down to simple supply and demand since there are only 21 million Bitcoins that can be mined. As of 24 February 2021, 18.638 million Bitcoin have been mined, which leaves 2.362 million yet to be introduced into circulation. Adding to the fluctuations in cryptocurrency market are decisions such as those taken by the SEC and FCA which, perhaps unintentionally, provoke more uncertainly in the overall crypto market, resulting in traders making choices based on emotion, and thus leading to increased market volatility and quick liquidity.

What will come of all this?

The interest in crypto was sparked following the 2008 financial crisis, because people lost faith in the existing financial infrastructure. Major events such as WWI, WWII and the 2008 financial crisis, caused devastating and long-lasting effects on the global economy. During the midst of recovery, our livelihoods and economy have taken yet another blow, following the current COVID-19 pandemic. In order to save us from financial burden, central banks are printing more and more money, but we must ask ourselves how much longer this process of quantitative easing can be sustained. Through this process, our traditional currencies are becoming worthless. Today, our money has value, because our government tells us so, but since the Nixon Shock in the 1970s, the US dollar (the world’s reserve currency), is not backed by gold, or anything of intrinsic value. With an increase in cost of living and a bleak outlook on the recovery of our economy, it is no wonder that we are looking for a golden parachute.

Based on the above, and the current rate of technological advancement, businesses and individuals alike are adapting. Just think of fintech firms, which have already begun to access new technologies which rely on blockchain, in order to stay ahead of competition. Whilst authorities are imposing regulations on cryptocurrency, they recognise that they cannot stop the march of progress, in that “markets and tech are always changing”, and “fintech can be a powerful force for good” (Gensler, 2021). This could mean that we will see blockchain and cryptocurrency become mainstream within the next five to ten years.

Shanelle Mattu is a paralegal at Pinsent Masons in the cyber team. She studied English literature at Westminster University and completed the GDL at The University of Law. She aspires to become a solicitor.