Can old laws govern these radical creations? MSc student and qualified Turkish lawyer, Öznur Uğuz investigates the mysterious entities known as DAOs and finds they have a lot to offer 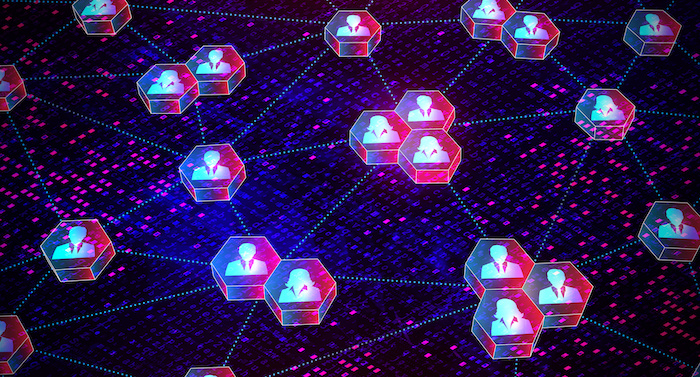 A Decentralised Autonomous Organisation (DAO) is a new form of digital blockchain-based organisation that is owned and governed by a community organised around a set of self-executing rules encoded on smart contracts. Members are issued with “tokens”, which grant voting rights on the governance of the organisation. Lacking a central authority, DAOs offer a more transparent and democratic decision-making process that extends their potential business applications from financial transactions and company management to secure voting, crowdfunding and charities.

Since DAOs rely on smart contracts, the risk of self-dealing and fraudulent behaviour by members is also very low compared to traditional forms of organisations. By digitally bringing together groups of people from different backgrounds and physical locations, DAOs promise to facilitate access to markets and set a new milestone in digitalisation in the age of globalisation. However, all these benefits come at a cost of legal uncertainty. The unique self-governing and decentralised structure of DAOs raises several questions ranging from the legal status and governance of the organisation to the extent of liability of its members, which cannot be answered using existing legal instruments.

Goodbye to the hierarchy

Unlike traditional corporate entities, DAOs do not have a hierarchical structure or a centralised authority but they rely on a democratic voting system and/or smart contracts operating on blockchain technology as their source of governance. DAOs can be categorised under two main types: “algorithmic DAOs” and “participatory DAOs”. Participatory DAOs are managed by the consensus of members through smart contracts. Each member in a DAO has the right and ability to participate in the DAO´s governance by voting on a proposal made by another member or by initiating a new one themselves. Those proposals that are supported by a prescribed portion of members are adopted and enforced by the rules coded in smart contracts. On the other hand, algorithmic DAOs aim to be entirely governed by smart contracts dictating the entire functionality of the organisation.

While fully autonomous DAOs would eliminate problems caused by human misconduct, they would give rise to additional legal issues. For DAOs, there is always a risk that the underlying software has defects such as bugs or security vulnerabilities, of which impact might be greater for algorithmically-managed DAOs where no human intervention is possible. Since smart contracts execute automatically, they are almost impossible to be modified and any changes would require the entire contract to be cancelled and redrawn. This would particularly be an issue in the event of an organisational crisis, unlawful enforcement or a regulatory concern, hampering the organisation’s ability to react in time. What is more, determining the liable party in case of a dispute might be more difficult for fully autonomous DAOs that involve multiple actors and internal components of complex data and algorithms which make it complicated to establish whether the damage was triggered by a single cause or was a result of an interplay of a number of different factors.

Another outstanding concern over DAOs is the personal and unlimited liability of their members for the organisation’s acts, debts and obligations, which is an issue resulting from the lack of an established legal framework. From a legal perspective, DAOs are deemed as unincorporated entities with no corporate form or protection against liability as DAOs do not follow legal formalities of incorporation such as registration, bylaws, and contracts. In the United States, DAOs are likely to be treated as “general partnerships” that lack the ability to provide liability protection to their members. Since they do not have the usual protection against liability enjoyed by members of limited liability companies, who only risk their capital contribution, in case of a lawsuit, a DAO’s members would be fully liable including their personal assets until the claim is satisfied. Thus, if classified as a general partnership, a DAO may lose potential members who would otherwise support the DAO but worry that membership would put their assets at risk.

Currently, there are only a few exceptions to DAOs’ ambiguous legal status. The first step towards establishing a legal framework for DAOs in Anglo-American law was taken by the state of Vermont in 2018. Under Vermont’s Limited Liability Company Act, a DAO can register as a Blockchain Based LLC (BBLLC), and thereby gain an official legal status that allows it to enter into contractual agreements and offer liability protection to its members. Still, the legal recognition of DAOs as separate legal entities came later by the State of Wyoming, which has become the first state in the United States to legally recognise DAOs as a distinct form of limited liability company. Bill 38, which took effect on 1 July, 2021, has created a new form of legal entity called DAO LLC or LAO that provides LLC-like liability protections to DAOs that register as such. However, the law is essentially an amendment to the current Wyoming Limited Liability Company Act and does not create any new protections that are not available in existing LLC structures, while imposing new obligations on DAOs. Moreover, the law raises serious concerns primarily on whether registering as a Wyoming LLC would diminish the fundamental “decentralised” aspect of a DAO.

Under the act, a Wyoming DAO LLC can either be member-managed or algorithmically managed. Yet, an algorithmically-managed DAO can only be formed if the underlying smart contracts are capable of updates or modifications, meaning that DAOs formed under the Wyoming LLC Law will have to maintain some modicum of centralisation and human control. In addition, the law requires DAO LLCs to maintain a presence in the state of Wyoming through a registered agent, which may also temper the decentralised nature of DAOs. Having said that, the impact of the law is likely to be limited given the state’s small population and minimal ties to the financial industry. Overall, although Vermont’s BBLLC and Wyoming’s DAO LLC represent steps forward towards the development of a legal framework for DAOs, absent recognition at the federal level and significant clarity around the different forms of DAOs, these solutions would not be sufficient to overcome the current ambiguity.

From a jurisdictional point of view, a DAO’s decentralised form might also make it challenging to find the applicable law and jurisdiction in the event of a dispute. In the majority of legal systems, the applicable jurisdiction for entities is determined with reference to the place of incorporation of the organisation or the place where key managerial decisions of such organisations are taken. However, DAOs have neither a country of incorporation nor a place of administration. Unlike traditional software applications that reside on a specific server controlled by an operator assigned to a specific jurisdiction, DAOs run on a decentralised blockchain system and are collectively managed by a distributed network of members who can be from anywhere in the world.

In some cases, applicable law and jurisdiction might be determined based on the other contractual party or the creator of the DAO code. In terms of applicable law, it might also be possible to apply the law of the state or jurisdiction within which a lawsuit has been instituted. Still, as there is no established rule, litigants may have to bring actions in several jurisdictions to be able to obtain legal protection, and initiating a legal dispute against a DAO may become very impracticable and cumbersome in many senses.

These concerns aside, DAOs have the potential to elevate international business by creating a truly global and decentralised corporate structure that could effectively function without the need for hierarchical human management. If they reach their full potential and achieve mainstream adoption by overcoming the outstanding legal and regulatory challenges, they can accelerate the development of inclusive markets by easing access and can create novel business and cooperation opportunities that would not otherwise be possible.