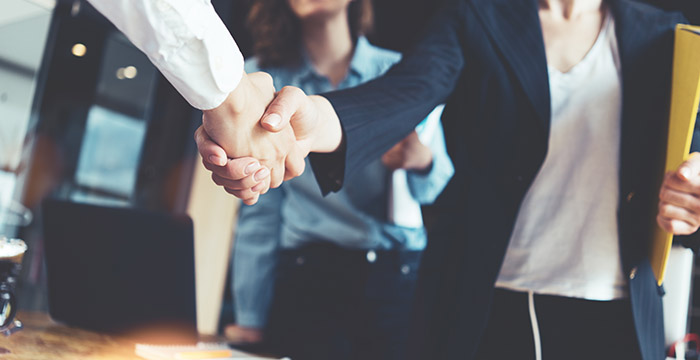 For almost thirty years, contract law has struggled with the circumstances in which part payment of a debt will relieve the debtor of their obligation to pay the rest of the sum. This article will begin by explaining the traditional rule; that, unless additional consideration is furnished, part payment will not relieve the debtor of their obligation to pay the remainder. We’ll see that this rule was challenged by the Court of Appeal in Williams v Roffey [1991] and reflect on the Supreme Court’s judgment in MWB v Rock [2018]. To conclude, we’ll consider Dan Simantob v Yacob Shavleyan T/A Yacob’s Gallery [2018]; a case decided four weeks after MWB which illustrates the continuing uncertainty in this area.

We begin in 1602 with ‘Pinnel’s case’. Mr Cole owed Mr Pinnel a debt of £8 10s. A month before the debt was due, Cole paid £5 2s 6d. Pinnel promised that he wouldn’t sue for the rest but later changed his mind and sought the remaining balance. In deciding the case, the House of Lords established the rule that, subject to one exception, a creditor remains entitled to sue for the remainder when a debtor only pays part of what is owed. This holds true even when the creditor expressly promised to forego that right. This rule is contained in the maxim that ‘part payment is not satisfaction for the whole’. To understand Pinnel’s rule and its exception, we must discuss the doctrine of consideration.

To distinguish between promises that give rise to legal obligations and those that do not, English law uses the doctrine of ‘consideration’. Consideration, as explained by Lush J in Currie v Misa [1874], is ‘something of value in the eyes of the law’. A promise may only carry legal consequence if something valuable is exchanged. If you promise to wash my car, and I give you £20 in return, it is said that your promise is ‘supported’ by my £20 and you may be legally bound to honour it. Note, however, that if you were required to provide that ‘valuable thing’ anyway (by a pre-existing contractual or legal obligation), it will not constitute consideration and your promise will attract no legal consequence.

This latter point helps us understand Pinnel’s rule. Imagine you owe me £20 and I promise to accept £12 as satisfaction for the whole debt. There is no consideration because you’re providing me with nothing valuable that the situation did not already require. Given this absence of consideration, I am not legally bound to my promise. Conversely, if my promise to accept £12 is supported by some consideration that was not already required in the circumstances, I will be bound. For example, in addition to paying £12, you decide to give me a bunch of flowers. As you had no pre-existing obligation to provide the flowers, they might constitute the valuable consideration required to bind me to my promise. In such circumstances, I’d be unable to sue for the remaining £8.

The House of Lords applied this rule in Foakes v Beer [1884]. Mr. Foakes owed Mrs. Beer a debt. Unfortunately Mr. Foakes was in financial difficulty and Mrs. Beer was in danger of receiving none of the debt that she was owed. So, Mrs. Beer agreed to accept payments in instalments, promising not to sue for the interest that would accrue on the principal sum over the repayment period. Mrs. Beer later reneged on that promise and sued for the interest payments. The House of Lords held that Mrs. Beer could recover the interest because Mr. Foakes had provided no consideration to bind her to her promise to forego it. All Mr. Foakes had done was to begin paying the principal sum, which he had a contractual obligation to do anyway. While, at first blush, Foakes appears to be a straight application of Pinnel’s rule, Lord Blackburn’s judgment warrants a special mention. Lord Blackburn wondered whether Mr. Foakes’ agreement with Mrs. Beer actually did provide her with something valuable. Mrs. Beer had avoided a situation in which Mr. Foakes, overwhelmed by debt and sinking into bankruptcy, was unable to pay her any money at all. Lord Blackburn recognised that people ‘do every day recognise… that prompt payment of part of a demand may be more beneficial to them than it would be to insist on their rights’. His Lordship was considering whether an arrangement to receive something (rather than nothing) could be considered ‘valuable’ in the eyes of the law. Ultimately, Lord Blackburn concluded that it could not.

Enter Williams v Roffey. Williams was engaged to refurbish a block of flats. The contract between Williams and the property owners contained a ‘penalty clause’; Williams would have to pay a fine if the refurbishment was not completed by a specified date. Williams engaged Roffey Bros to perform carpentry work in the flats. Unfortunately, Roffey Bros ran into financial difficulty and admitted that they’d be unable to finish the job. This was bad news for Williams. The delay associated with finding another carpentry firm risked triggering the penalty clause. To avoid this, Williams offered Roffey Bros £5000 to ease their financial troubles. This payment was accepted and the flats were completed in good time. Yet, when Roffey Bros sought the £5,000, Williams refused to pay. Williams argued that Roffey Bros had provided no consideration to support the promise of extra payment because, by promising to complete the carpentry work, Roffey Bros were doing nothing that they were not already contractually obliged to do. The Court of Appeal disagreed. The Court held that Williams enjoyed various ‘practical benefits’ by reaching an agreement with Roffey Bros. Most obviously, the agreement saved Williams from triggering the penalty clause. The Court held that these practical benefits constituted valuable consideration, meaning that Williams was legally bound to his promise to pay £5,000.

But what about Foakes v Beer? As we saw, Lord Blackburn recognised the value in receiving a portion of the money that you’re owed rather than leaving empty handed. How could a ‘practical benefit’ constitute consideration in Williams v Roffey, given that it could not in Foakes v Beer? We’ve reached the heart of the problem. In debt cases, the law is pulled in two different directions; Williams v Roffey suggests that a ‘practical beneficial’ could constitute the consideration required to bind a creditor to their promise not to sue for the rest of the debt. Foakes v Beer is authority for precisely the opposite proposition; that part payment of a debt provides no consideration capable of binding a creditor to their promise to waive the remainder. This tension was acknowledged in Re Selectmove [1991] when Gibson LJ admitted that extending the ‘practical benefit’ analysis to part payment cases would, ‘in effect leave the principle in Foakes v Beer without any application’. The tension between Foakes and Williams creates legal uncertainty which has an unfortunate tendency to to produce complex, lengthy cases which unnecessarily strain courts’ time and litigants’ wallets.

This is why, in May 2018, contract lawyers held their breath as the Supreme Court prepared judgment in MWB v Rock. The appeal raised two questions. First, do contractual clauses precluding subsequent oral variation of a written contract (‘no oral modification’ — or ‘NOM’ — clauses) actually stop subsequent attempted oral variations from being effective? The second question was very exciting. Could part payment of a debt be satisfaction for the whole and if not, why not? Lord Sumption began by acknowledging that ‘modern litigation rarely raises truly fundamental issues in the law of contract’. ‘This appeal is exceptional’, he continued, because ‘it raises two of them’. MWB had the potential to be a seminal case in English contract law.

However, it was not. The Supreme Court dismissed the case by answering the first question in the positive; NOM clauses can never be overridden by subsequent oral agreements. Having reached that conclusion, Lord Sumption said that it was ‘unnecessary to deal with consideration’ and that it was, incidentally, ‘undesirable to do so’. After reviewing the case law, Lord Sumption lamented that ‘the issue is a difficult one’ and that the decision in Foakes v Beer was ‘probably ripe for re-examination’. Such analysis, his Lordship suggested, would require ‘an enlarged panel of the court… in a case where the decision would be more than obiter dictum’. The tension between Foakes v Beer and Williams v Roffey was left unresolved.

As of June 2019, MWB v Rock has been cited fifteen times. Ten judgments have applied the Supreme Court’s conclusion that NOM clauses cannot be overridden by subsequent oral arrangements. Four have applied Lord Sumption’s dictum that so-called ‘entire agreement clauses’ are effective in rendering contractually binding only what forms the parties’ written agreement; thereby excluding any prior arrangements or understandings that parties shared before finalising the contract. At the time of writing, the part payment question has been considered only once. Dan Simantob v Yacob Shavleyan T/A Yacob’s Gallery [2018] was heard one month after the Supreme Court’s judgment in MWB. Interestingly, both claimant and defendant counsel submitted that Williams v Roffey was dealt a blow in MWB. Kerr J accepted defence counsel’s submission that ‘the law presently is that an offer to pay less than an amount already due must, in the absence of consideration, be ineffective’. Claimant counsel went further, submitting that ‘the decision in Williams v Roffey… was probably wrong’. Kerr J, however, refused to draw that inference from the Supreme Court’s failure to explicitly endorse Williams.

Later in his judgment, Kerr J noted the fact that the parties’ arrangement produced a so-called ‘cultural benefit’. Kerr J explained that, in the absence of authority, he ‘would have been inclined to regard that as good consideration, but [did] not think it… safe to do so with the law in its present state’. The notion of a ‘cultural benefit’, he concluded, is ‘uncomfortably close to the expectation of a practical benefit which, according to Peter Gibson LJ’s judgment in Selectmove, will not do as consideration’.

As of June 2019, part payment of a debt does not relieve the debtor of their obligation to pay the remainder unless additional consideration is furnished. It appears that a ‘practical benefit’ will not constitute this additional consideration. The uncertainty Williams v Roffey introduced into this area of law will remain unresolved until an enlarged panel of the Supreme Court takes another case directly on this point.