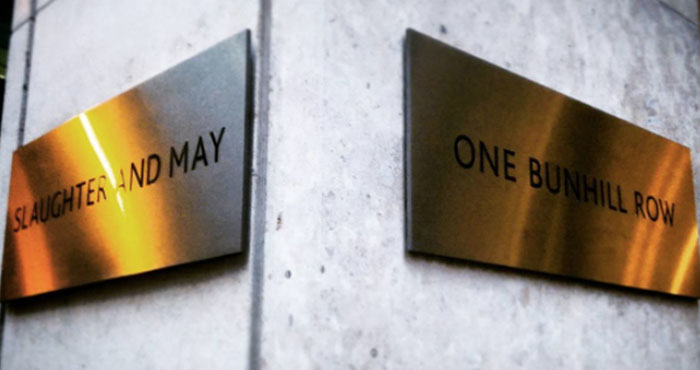 Slaughter and May has become the second magic circle outfit to announce its spring retention score, and it’s a good one.

Of the 37 trainees due to qualify in March, 36 were made offers of a newly qualified (NQ) position at the elite firm. Thirty-five of these were accepted, giving Slaughters an overall score of 35 out of 37 or 95%. A spokesperson for the firm said:

“We are very pleased that we have continued to post consistently high retention rates and we look forward to the positive contribution these lawyers will make to the future of the firm.”

Indeed, Slaughter and May is traditionally a strong retention performer. Its last retention score, in autumn, was 91%, while its rate before that, in spring, was 100%.

The firm clearly has a penchant for releasing its retention rates early — its last spring score was announced before Christmas! And while Slaughters is one of the first to the spring 2018 season, it’s not the first. Magic circle rival Clifford Chance announced its spring score, 92%, in mid-January. Trowers & Hamlins did the same, though its score was 86%. Mayer Brown‘s 100% figure came even earlier, in December.

NQs at Slaughter and May can expect high-quality work, top corporate perks and good remuneration, Legal Cheek‘s 2018 Firm Most List shows. Moving from a second-year trainee salary of £49,000 to an NQ rate of £80,000, Slaughters new lawyers will see their pay boost by two thirds overnight.