? Come on baby, can’t you see, I stand accuuuused of love in the first degree ? 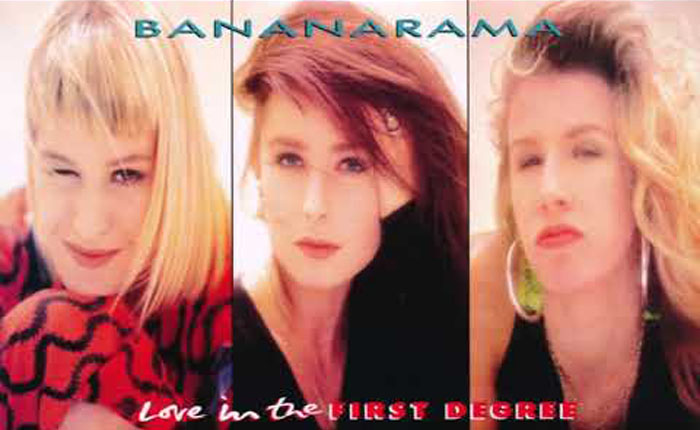 The Secret Barrister, an anonymous lawyer who blogs and tweets regularly about the plight of criminal justice in the United Kingdom, has turned his critical eye to a totally different subject matter: the musical stylings of 80s pop trio Bananarama.

Putting his usual offerings on the decimation of legal aid to one side, the mysterious legal personality tweeted a section of the lyrics to Bananarama’s 1987 hit ‘Love in the First Degree‘:

?And the judge and the jury, they all put the blame on me

Only you can set me free, coz I’m guilty, guilty as a girl can be

Come on baby, can’t you see, I stand accuuuused of love in the first degree?

In a Twitter thread, which has since gone viral, The Secret Barrister explains the “legal inaccuracies and errors” that Bananarama fall foul of. First up, the role of the judge and jury:

Firstly, Bananarama erroneously assume that the judge AND the jury are judging the merits of the defence. This is simply not true. Judges in Crown Courts, even Courts of Love, are judges of law alone. The verdict is for the jury.

Unless, of course, the girl band was referencing the judge’s power to rule on the availability of a particular defence:

The ONLY way this would stand up to scrutiny is if the judge had ruled, as a matter of law, that a particular defence was not available, and directed the jury in such terms. Absent further detail, we cannot assume that this happened.

Next up, Bananarama’s level of culpability and how this must be considered in relation to sentencing:

…Bananarama confess – openly – that they are not only guilty, but guilty as a girl can be (by which they are presumably accepting a degree of culpability placing them at the top of the range of the highest category on the relevant Sentencing Guideline).

In such circumstances, it is nonsensical for them to express surprise or complaint at the jury rejecting their “plea” (by which they presumably mean defence). They are to blame for admitting guilt in front of the jury and for wasting scarce court resources on a needless trial.

If Bananarama simply wanted to contest the *factual basis* of their admitted guilt, then they should be having a trial of issue (“Newton hearing”) in front of a judge alone. Their advocate should have advised them as such. This is plainly negligent.

In these circumstances, it is frankly unsurprising that, at the start of the song, Bananarama are “locked in a prison cell”. The judge was clearly right to withhold bail given the substantial grounds for believing that Bananarama would interfere with witnesses if granted bail.

But there could still be hope for the musical trio. Continuing, the junior barrister — who recently became a published author — suggests Bananarama could appeal:

My view, for what it’s worth, is that such an appeal would have merit. Because, and I have reread ALL my law books to make sure I’m right on this, there is NO criminal offence in England and Wales of “love in the first degree.” This is simply a common tabloid misconception.

And, The Secret Barrister couldn’t resist having a pop at the under-resourced Crown Prosecution Service (CPS) for bringing the case against Bananarama in the first place.

That the CPS charged this case at all is a damning indictment on its chronic lack of resources and obsession with targets above all else. Far better, I would advise, to concede the appeal and bring new charges for the perverting the course of justice (above).

Rounding off his Twitter-based analysis, he notes:

In conclusion, nothing about this Bananarama trial sits right with me. While we must be calm and not jump to conclusions without knowing the full facts, I am deeply troubled that something has gone badly wrong. Or that Bananarama’s legal research is not what it should be.

So what next for The Secret Barrister? Well, it appears the advocate is keen to dissect the tricky legal issues contained in Meat Loaf’s track ‘I’d Do Anything for Love (But I Won’t Do That)’.

Next Friday (assuming the trains are still not moving): “Was Meatloaf being incited to commit a criminal offence, and therefore well within his rights to refuse to do *that*?”