They are a 30-something Comprehensive school-educated non-Oxbridge grad, it emerges during daring interview 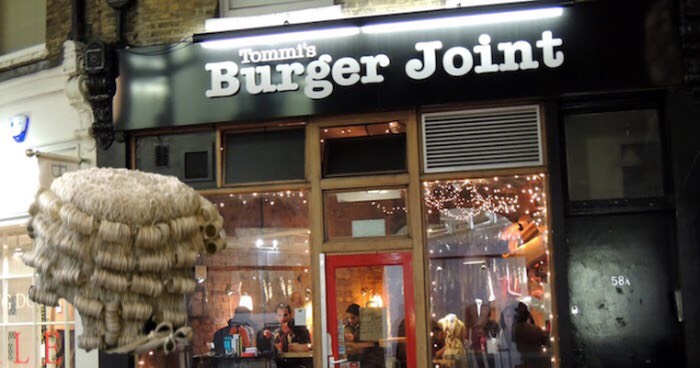 The identity of the blogging barrister who is captivating the legal profession is a step closer to being revealed after they did a daring in-person interview at a central London fast food joint.

The revealing insight into the person behind The Secret Barrister will be published in tomorrow’s Financial Times as part of its popular Lunch with the FT series.

Here is the key section, taken from the online edition (£) when the Secret Barrister walks into Tommi’s Burger Joint in Marylebone, central London:

“At 10 past 1pm, a casually dressed individual of slight build, aged somewhere between 30 and 40, comes into view. The Secret Barrister looks me in the eye and extends a hand.

“I can lay to rest the theory that the SB is a trio of bloggers, as well as the rather more outlandish one that points the finger at Keir Starmer, the bouffant Labour Brexit spokesman and former director of public prosecutions. Otherwise, it is safe to reveal only a few personal details. Comprehensive school, law degree — not Oxbridge — followed by Bar school and nearly a decade as ‘a jobbing criminal hack’.”

Speculation about the identity of the Secret Barrister is raging in the robing rooms and chambers of England & Wales. With around 13,500 practising, self-employed barristers, approximately 25% of which specialise in criminal law, the news that the Secret Barrister is aged between 30-40, is of slight build and didn’t go to Oxbridge or a private school will narrow down the pool of potential authors significantly.

Add to that the likelihood that the Secret Barrister is a man — 60% of barristers are male, and SB referred to his moustache in his early days of blogging — and there seems to be a very real chance that they could be identified.

At present, “nobody knows in the industry” who the Secret Barrister is, according to the FT interview. If that were to change, the Secret Barrister says that “in reality I wouldn’t be able to keep practising and writing … I would inevitably feel compromised in the writing and would either have to jack that in altogether or leave the Bar, neither of which I want to do.”

So maybe for the sake of everyone — readers, the legal aid bar who he has done a great job of championing and ultimately their own barrister career — it’s better that the secret never gets out. But perhaps permanent anonymity isn’t part of the Secret Barrister’s grand plan.

Sign up to the Legal Cheek Hub
Barristers The Secret Barrister