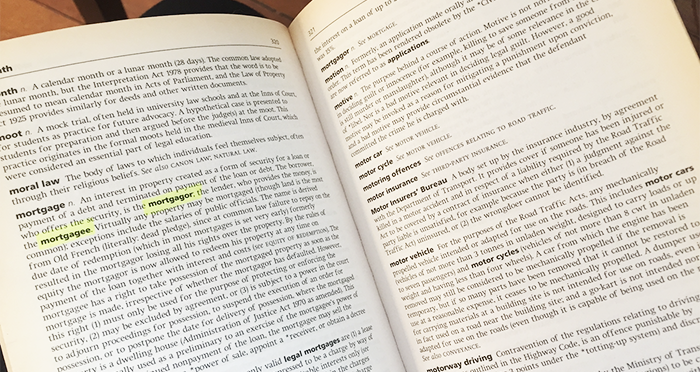 The Solicitors Disciplinary Tribunal (SDT) has given its decision in a case where a solicitor, Kate Helen Adamson, admitted that she wrote a false backdated letter to her lender client and had inadvertently misled it about the purchase price of a property that she was dealing with.

In the case, brought by the Solicitors’ Regulation Authority (SRA), allegations of dishonesty against Adamson, who qualified in 2007, were also admitted in respect of giving the fake letter to an SRA investigator in order to mislead her. The SDT found, however, that the dishonesty was a “momentary lapse caused by panic”. It found “the nature, scope and extent of the dishonesty essentially consisted of the fabrication of a single letter.”

As a result, the SDT believed this was an “exceptional” case and concluded that although striking off would be the more expected sanction for dishonesty, it was a “disproportionate” sentence here. The SDT sanction was, instead, that Adamson should be suspended from practising as a solicitor for a period six months followed by a further one-year period of suspension, suspended for a year, and should pay costs of £12,372.50.

One of the allegations concerned Adamson misleading the lender, Abbey National, in a property matter, as to the correct purchase price of the property, stating it was £300,000 not the actual price of £200,000. On day one of the hearing, however, Adamson was able to produce a document which showed that she had given Abbey National the correct purchase price of £200,000 in an updated Title Register on a subsequent occasion which supported the argument that she had not deliberately misrepresented the purchase price to the bank.

In mitigation, the SDT heard that the “moderately” experienced solicitor (who had qualified in 2007) at Welsh high street practice, Powell Davies in Aberystwyth, had been a new mother at the time that she falsified the letter and was under considerable pressure from a combination of work and her personal circumstances. She had felt “obliged to agree” to take the minimal amount of maternity leave, and returned weekly to do the firm’s accounts, because there was no leave cover for her job.

Medical evidence submitted at the hearing was that Adamson had a “continuing psychological condition”. As part of its sanction, the SDT imposed a condition on her practice that “she provide half yearly reports to the SRA from a consultant psychiatrist as to her mental health and fitness to practice”.

Sign up to the Legal Cheek Hub
Solicitors Disciplinary Tribunal

I want two weeks holiday, I’m just too hot in my sweat box.

I entirely approve of asking trumptwats to leave restaurants etc

Should to the same to Bullxxiteers here

Yah no kidding, and I bet she had the audacity to wear trousers!

Seriously though, how does it feel to live in the 1950s.

A solicitor acts dishonestly and then dishonestly misleads her regulator to try to get off and while she is caught out (again) she falls back on the mental heath joker card? This punishment is wholly inadequate. The SDT is a joke body that is too soft.

Anybody else noticed Legal Cheek are low on articles? What is going on? it seems to be 1 article a day from now on. Are law students not submitting articles for the Legal Cheek Journal?

Most articles are just a rehash of some SDT decision too. Not very imaginative.

I think the solution is simpler. Make judge hobosexual a LC writer

I agree, the quality has decreased since our beloved Katie left. Although we hate to see her go, we love to watch her leave…..as long as she comes back.

She is the victim here.

She is a female and a mother. Those are protected characteristics and horrible men are responsible for what she did.

Yet another example of the mental health AND the gender card being played as mitigation. Would the SDT have been so lenient if it was a male that was newly a father?

Exactly. The sad times we live in when the people over-compensate for these joker cards.

It’s no wonder that mental health is a serious issue when too many people use it to justify their actions AND they get away with it like the ‘poor me, poor me’ woman in the article. Meanwhile, the people (often men) with real mental health issues are left helpless because of the stigma they face.

Doesn’t sound like she’s got away with anything, frankly.

12k costs. I’d have that right to the county court for assessment too.

I wouldn’t pay a been off that unless I was court ordered. Tribunals can’t enforce debts (‘chose of action’).

stay off the drink bro…

Poor girl. Hormones all over the place. Should be mothering not working in a twatty legal job. It’s those with high conscientiousness who get caught out by this kind of crap. 12k!!? Outrageous.

What are the rules around audience rights for these types of hearings?

I don’t see how the SRA could have incurred costs to this extent on what is a simple matter. As she provided evidence of the correct price being notified, did the SRA really need to take this all the way to hearing?

Abbey National! How long ago did she do this? Abbey National has been Santander for years, and before that it was The Abbey.