All Hale the new Jedi master 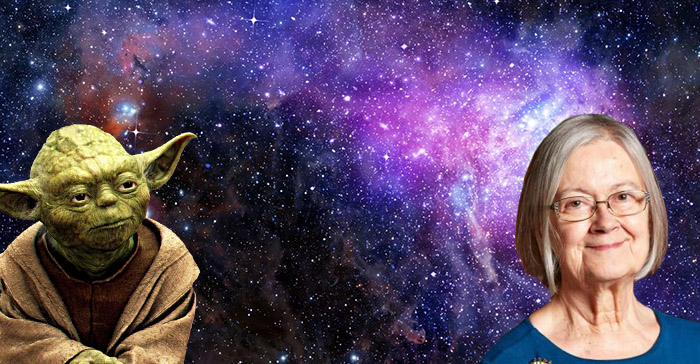 A long time ago in a galaxy far, far away there was a new Supreme Court president who became the first woman to be so.

Now Baroness Hale is to be the new star on the stage this Christmas as she takes the role of Yoda from Star Wars in Gray’s Inn’s annual theatrical known as Miscellany. Already demonstrating that she ventures where few have ventured before, Hale will be appearing in Gray’s In Space as the play, written by barristers, is called alongside both junior and senior members of Gray’s Inn.

Casting Hale as Yoda, the wise — and wizened — master of all the Jedi masters, seems pretty much on the money. One of Yoda’s maxims, ‘Do. Or not Do. There is no Try’ is a perfect strapline for Hale.

Baroness Hale has already developed a cult following as the Beyoncé of the legal profession. It looks as if she now has a cinematic representation too.

Before you ask, the annual show to be performed tomorrow in front of barristers and the public has, unfortunately, sold out for this year.

Who knows whether this particular Jedi will return.