Richard Collins heads for the exit not long after predecessor 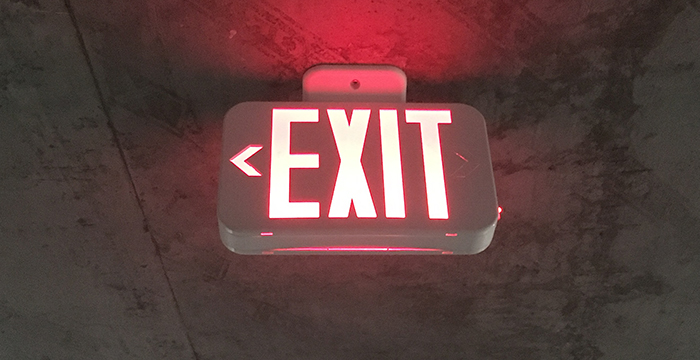 The head of policy at the Solicitors Regulation Authority (SRA) is leaving after only a couple of months in post. The move comes as the regulator gears up for a massive shift in how solicitors are trained, with a new qualifying ‘super-exam’ a couple of years away.

A spokesperson for the SRA confirmed to Legal Cheek today that Richard Collins, a nine-year veteran of the organisation, is leaving his job. Collins is responsible for policy and education at the regulator.

Former SRA policy supremo Crispin Passmore left at the end of 2018 to start a consultancy business — advising on the very legal education reforms he helped to shape. The regulator said at the time that Collins would take up Passmore’s mantle on educational work from the beginning of 2019 “as we move into the implementation phase of our policy and education reform programmes”.

But Collins is now off to pastures new as well. The experienced exec will join the Royal Institution of Chartered Surveyors, having worked at the SRA in various roles since September 2010.

The move comes at a time when the SRA is grappling with the mammoth task of overseeing a new, centralised assessment for all would-be solicitors. The Solicitors Qualifying Examination (SQE) is due to be launched in September 2021. Students who have started a law degree before then will have the option to qualify under the old system up until 2032.

Julie Brannan, the SRA’s director of education and training, recently told Legal Cheek that the organisation is going full steam ahead with the pilot phase of the new super-exam, which will likely cost students between £3,000 and £4,500 to sit.

People argued it will be more labour intensive

£3000-4000 for an exam? so if you retake do you need to pay another £3000? 🤣 LPC provides training, open book exams, other forms of assessments. gutting for future lawyers that hate exams

These are pretend jobs.

Hopefully the new course will mean students will Passmore

We don’t want students to ‘pass more’, the legal profession needs competence. If every Tom Dick and Harry passed the SDT will be riddled with further complaints and incompetence.

Quality lawyers is what is needed not students who want it easier to pass.

As someone who has trained pharmacists, this exam is long overdue. With so many “universities” churning out incompetent students from ‘bums on seats’ courses, often with 2/1 or even Firsts, the public needs protection from the products of a such a system of ‘Higher Education’

I wonder which American rentseeking scumsucking, bottomfeeder gets the monopoly on this pile of piss.

I know people think sqe is going to be a disaster and they may be right but as someone doing the gdl I do think the qualification system needs some sort of change. I cannot for the life of me fathom what purpose making this course mandatory serves. I’m fairly sure I’ll get a distinction but I can say with absolute confidence that I still know fuck all about law. Can’t even begin to imagine what those who are doing this without training contracts are thinking…