? Yo this is a case you must have seen about the statutory test in section 18 ? 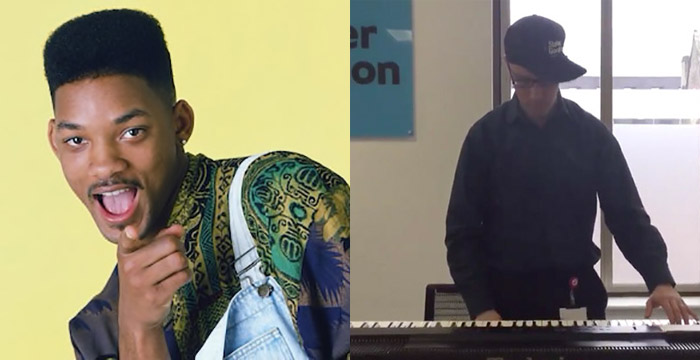 A solicitor at national outfit Slater & Gordon has just dropped what could potentially be the sound of the summer, channelling his inner Fresh Prince to produce an incredible employment law-themed rap.

So, here it is, for one night only, The Fresh Prince of Cardiff’s, DJ Watkins, guide to employment law ⁦@JWatkinsLegal⁩ ⁦@SlaterGordonUK⁩ pic.twitter.com/PRsE58C7kI

In a video posted to Twitter by fellow Slater & Gordon lawyer Juliette Franklin, Watkins (otherwise known as “The Fresh Prince of Cardiff”) is seen playing a keyboard and donning the firm’s branded headgear, twisted to the side in Fresh Prince-esque fashion.

Watkins raps about a recent case, South West Yorkshire Partnership NHS Foundation Trust v Jackson, that was heard before the UK Employment Appeal Tribunal (EAT). In the case, the NHS sent Mrs Pease, who was on maternity leave, an important letter about redundancies to her work email account, to which she did not have access. The EAT found this to be unfavourable treatment but did not rule whether it amounted to maternity discrimination.

“I was asked to present a case at our case law update session this week via video conference. I thought I’d take a more creative approach and hopefully raise a smile. I love a bit of old school rap and everyone loves the Fresh Prince of Bel Air so thought I’d work the case into a song. Once I read the judgment and thought of one verse, it was easy to add more and to learn the key principles as I went along.”

He added: “I hadn’t quite anticipated how well received it would be! But if it gets people talking about their rights in the workplace it’s a good thing.”

Sign up to the Legal Cheek Hub
Slater & Gordon Solicitors