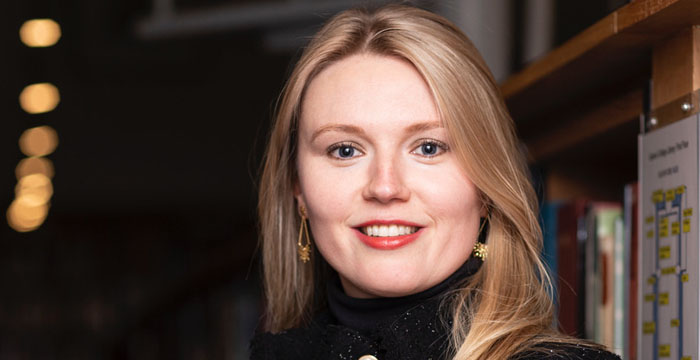 #MeToo pioneer barrister Charlotte Proudman has again called for greater gender parity across the legal profession, arguing that there should be a 50% target of women in all chambers.

Citing research which shows that men make up 85% of QCs and 72% of the judiciary, the Goldsmith Chambers barrister claims women remain “disempowered from shaping the very laws that impact upon their lives”. Calling instead for a 50% female target, Proudman writes:

“A healthy democracy requires that our legal profession represents our diverse society rather than a niche demographic of white, upper-class men. Gender parity can also have a positive influence on workplace culture and even reduce sexual harassment.”

Published in The Guardian, Proudman’s latest comment piece comes just days after a global report uncovered a shocking degree of bullying and sexual harassment affecting men and women across the legal profession. On this, Proudman says:

“Valuable time and money spent on this latest research could have been better spent on formulating radical measures to end harassment rather than another survey that merely confirms the existing problem.”

Elsewhere, Proudman calls for tougher regulatory sanctions on sexist behaviour. Citing the recent case which saw a barrister fined £3,000 for engaging in “unwanted sexual conduct” towards a woman in a bar, she continues:

“What can be done to encourage women to make complaints and discourage men from engaging in sexual harassment? We need tough sanctions for findings of sexual harassment to highlight the severity of the conduct. The perpetrator ought to be suspended from the profession, while undertaking an intensive training programme on gender-based violence, paid for by them. Once a report from an independent expert shows a change in attitude and behaviour of the perpetrator, they could be reinstated.”

Proudman — who hit headlines in 2015 after she tweeted a screenshot of a message from City lawyer Alexander Carter-Silk, in which he said she was “stunning” — also calls for the creation of an “office for gender equality and diversity”. This, Proudman explains, “would handle all complaints of sexual harassment about barristers” and “provide a long-term vision for equality and diversity with key targets each year.”