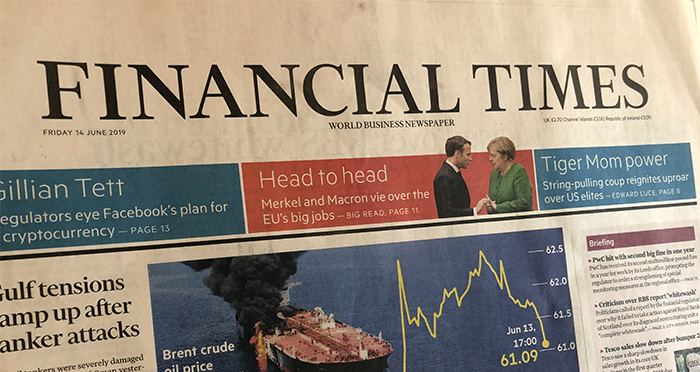 Magic circle and US law firms which pay junior lawyers ‘MoneyLaw’ salaries of £100,000 or more risk creating a culture of extreme working hours that will drive away new recruits, the Financial Times (£) has warned in a lead opinion piece today.

Ultimately, failure to change could spell “doom” for traditional partnerships, the paper reckons.

New law businesses using technology to boost efficiency and the legal arms of the ‘Big Four’ accountancy firms could be the beneficiaries, predicts the FT’s editorial board.

And then “[w]ith the help of the junior lawyers who chose a different path, these new competitors will eventually grow big and well-qualified enough to pitch for the high-end business that, for now, traditional law firms consider to be their exclusive domain.”

This ‘RIP big law firms’ theory is a neat one. But from what Legal Cheek’s journalists see on the ground money talks more loudly among future lawyers than the FT realises. Let’s not forget that since 2012 graduates have been lumbered with at least £27,000 worth of tuition fee debt while also facing the challenge of getting onto the bottom rung of the mad London housing market.

That’s not to say that the hours at some law firms are not crazy, as Legal Cheek’s exclusive leave the office time research shows.

So what could change all of this? My money would be not on the sort of business-friendly disruption approved of by the FT, but rather growing inequality facilitating the rise of extremist politics and leading to a no deal Brexit or a Corbyn government. That’s about something much bigger than lawyer salaries — and it certainly won’t just be the law firms facing armageddon.

Sign up to the Legal Cheek Hub
FT MoneyLaw Solicitors