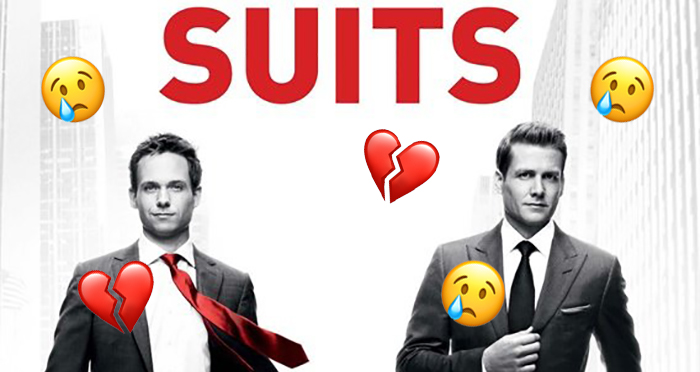 The cast of Suits have taken to social media to express their emotional goodbyes after the popular US legal drama wrapped production of its ninth and final season.

In a poignant Instagram post, Macht thanked the “wonderful crew, my talented ensemble, and the fantastic fans that keep coming back for more”. He also paid a special tribute to his wife, Jacinda Barrett, “because without her there is no way any of this would have happened”.

9 years ago I started the @suits_usa journey. It all began with the most important person in my life by my side. This life that has offered us so much…some easy, many challenging, countless miles apart and hours, days, and months separating us and our loved ones not to mention years of sacrifice on so many levels. I count my blessings you sticking with me through to the bitter sweet end of this era. As I have thanked my wonderful crew, my talented ensemble, and the fantastic fans that keep coming back for more…I am most grateful for @jacindabarrett because without her there is no way any of this would have happened. #wedidit #SandL #proofisinthepudding #love #nextchapterstartsrightnow

Elsewhere, Sarah Rafferty, who plays chief operating officer Donna Paulsen, posted a photograph of herself alongside Rick Hoffman aka Louis Litt. “And that’s a series wrap on my brother @rickehoffman,” she wrote. “No words for this one.”

And that’s a series wrap on my brother @rickehoffman. No words for this one. ❤️?????

But Suits fans fear not. Gina Torres, who played high-powered lawyer Jessica Pearson for the first seven seasons of the show, now stars in her own Suits spin-off, Pearson. Torres also paid her own tribute to the show, posting a photograph with herself alongside her former castmates including the Duchess of Sussex, Meghan Markle, who played sassy paralegal turned lawyer Rachel Zane until 2018.

It was rumoured earlier this year that US TV chiefs were looking to revive Markle’s role as part of a two-minute cameo during the final season. In return, the Duchess would reportedly receive a multi-million-pound donation to a charity of her choice. Alas, it wasn’t meant to be.

Sign up to the Legal Cheek Hub
Students Suits TV