It’s also the most likely to become a reality, according to research 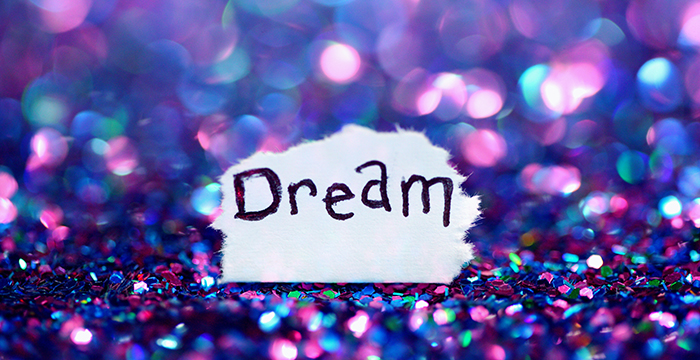 A new study has found that becoming a lawyer is among the most popular childhood dream jobs.

Lawyer ranks in ninth position in a list of children’s top ten most dreamt about professions, with 4% harbouring ambitions of dealing with cases, clients and courtrooms.

The most popular childhood dream job is a vet, with one in ten (10%) dreaming of becoming one. This was followed by teacher (2nd), pilot (3rd) and actor (4th), with police officer completing the top five.

Athlete featured in sixth spot, followed by dancer (7th) and doctor (8th), in the survey conducted by employee wellness company Perkbox of 1,567 people. Musician rounded off the top ten in what seems to be a mixed bag of public service and celebrity.

But dreams don’t always become a reality. The study found that 96% of adults are not in the job they dreamt of as a child, meaning only 4% were successful in making their dream job a reality.

The research did find, however, that of all the childhood dream jobs most likely to become a reality those of becoming a lawyer were highest. Fourteen percent of those who dreamt of becoming a lawyer are now working in, according to the study, “law, law enforcement or security”.

Of the lucky ones who made their childhood dream a reality, 92% said they were “happy” in their dream role. Interestingly, those that didn’t make it and now work in a different sector cited not enough “talent, opportunity or resources” (43%); a lack of interest as they grew older (20%); too much training involved (9%); and low pay (8%) as some of the reasons they were put off.

This follows news earlier in the year that the children of lawyers are 17 times more likely to become lawyers themselves. LSE prof Sam Friedman and academic Daniel Laurison found law to be the second most inheritable profession of the 20 or so they examined in their The Class Ceiling: Why it Pays to be Privileged book. Medicine came out on top.

Don’t want to burst the bubble on some quality LC journalism but if you work in “security” have you really fulfilled your dream of becoming a lawyer?

No, you dreams will never come true anyway (unless you join mighty Greenberg Glusker LLP)

OK… my childhood dream jobs (in no particular order) were:

Anyone who claims that, as a child, they wanted to be a lawyer was never a child.

What is the percentage of LC staff who made their childhood lawyering dreams come true? 0%?

Well, we all know how the recruitment process goes here:

Alex was beginning to become angry at the kilt-wearing man at the front of the queue at Euston who was arguing with the ticket person that his Clydesdale Bank money was legal tender. But then Alex spotted the stack of papers under his arm. “I’d recognise those anywhere” Alex proclaimed. “Those are pupillage rejection letters. I have an even larger stack of those myself.” The kilted man turned around and asked Alex “do you happen to know of a poorly paid job where I can degrade myself on a daily basis posting about teens using social media?” Alex’s eyes lit up

And yet here you are, perusing the fruits of their labour. Having visited this site for years it appears to me you all need somewhere to come and be twats anonymously.

Understood, Alex! Good to see that you are checking the comments section. Please stop deleting / amending the best ones – it hurts your business.

For the record, I am a complete twat in real life, and I don’t care. It is just that I feel I can be more of a twat anonymously online.

It’s the only male authority figure some working class boys ever see.

oh piss off both of ya

In certain high-rises, it’s the only male authority figure boys ever see

I bet lots of them would say they want to “help people” by being lawyers, little realising that the people are mega rich banks and hedge funds, and the help is to make them richer.

I used to dream of working a nice BBC.

I am sorry you didn’t get a BBC job. I think you’ve probably had a fortunately escape though, as I doubt the licence fee will stretch much further, so you’d be screwed.

I think he/she was referring to a different kind of BBC.