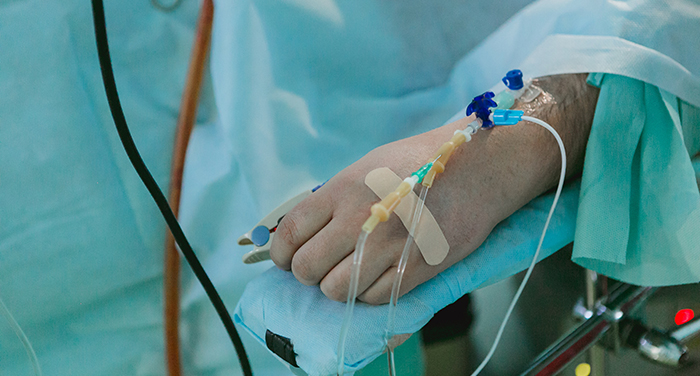 A US prisoner serving a life sentence for murder has failed to convince a court that he completed his punishment when he briefly died during a medical emergency.

Benjamin Schreiber, 66, was sentenced to life in prison in 1997 without parole in Iowa for bludgeoning John Dale Terry to death in 1996.

The ambitious legal argument arose in March 2015 when Schreiber was struck down by septic poisoning, according to court records. He was taken to hospital where he had to be resuscitated five times.

In April 2018, Schreiber applied for post-conviction relief, arguing he had “momentarily died” at the hospital and therefore completed his life sentence. A district court previously denied his ambitious appeal — a decision which was upheld last week by the Iowa Court of Appeals.

“Schreiber is either alive, in which case he must remain in prison, or he is dead, in which case this appeal is moot,” the court said in its ruling. It went on to note that the possibility that Schreiber is “dead” seemed “unlikely” given that he himself had signed the legal documents in the case.

Sounds like a case I genuinely would have loved to work on.

Not an American lawyer

Fair play to him for trying, seems an legitimate argument to make to be honest. I think what makes this case worst, and the Legal Cheek haven’t commented upon, is the fact that he actually signed a ‘DNR’ (do not resuscitate) form some time prior to this illness. Yet he was resuscitated several times. I would have thought consideration should have been given to appealing on the grounds that the constitution forbids cruel or unusual punishment. I would say that it is pretty cruel to resuscitate someone with the sole purpose that they may die in prison at a later date.

I wonder is he made a DMC!

Quite. Leaving apart the fact that he has a whole life sentence without the possibility of parole. So he’s basically been told his life is worthless & beyond redemption.

Sounds a bit like one of the witching trials – if you float you’re a witch and must be killed and if you sink you’re not. May God have mercy on your soul.

Why the f*** are you weridos sympathising with a murderer?