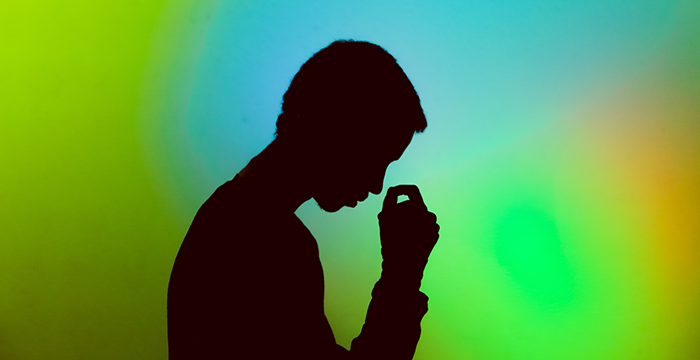 The embattled lives of criminal barristers and stressed-out solicitors got airtime last night on BBC Radio 4’s All in the Mind exploring why lawyers: “are experiencing higher than average levels of stress, anxiety and use of alcohol” as the programme’s presenter, Claudia Hammond, put it, and what can be done about it.

He said: “Often you find yourself sitting down in the cells with your client who has just got 10 to 15 years and you are waving them goodbye — and that is a really weird thing to do on a Wednesday afternoon.”

In the BBC interview, McBride also revealed just how shocking the first days as a pupil can be:

“You start to see really very unpleasant things and that is your first glimpse into what the job is really going to be like. You are looking at the pictures.”

McBride recalls assisting his pupil master preparing briefs: “You are turning the pages and you would see very gruesome photographs, and it is weirdly detached because you are sitting in a comfortable room in a nice barristers chambers, having a cup of tea as you are turning these pages.”

McBride went on to explain why he went to the criminal bar in the first place: because his other options were “zero.” He said: “It seemed a pretty good deal and it seemed pretty exciting.”

He continued: “I quite liked the fact that the reputation that criminal barristers have, shysters, chancers, degenerates, and gamblers, is all true in one way or another. You need someone to be like that, [someone] masquerading as a sociopath to represent you because they will have to make very difficult judgements. What a criminal barrister relies on more than anything is judgement.”

The lot of stressed-out solicitors was discussed too.

“It’s almost a badge of honour when you are working until one in the morning and you have to get a taxi home. You felt quite proud of that, it felt like an initiation ceremony,” revealed Emma Jones, a former solicitor who is now an academic at the Open University and ran focus groups (with LawCare) with legal professionals on mental wellbeing back in 2018.

Jones argued that often lawyers feel they had no idea what was in store for them:

“They weren’t really aware of what they were signing up for… They have invested huge amounts of money and time in getting to where they are. It is very difficult to say ‘stop! I actually want to change, I want to do something different’, because that will be seen as an admission of failure in some way.”

You can hear the full interview on BBC Sounds here.

The Open University and LawCare’s focus groups are feeding into a free online resource, Fit for Law, on emotional competence going live next month. In addition, LawCare will be launching their own quantitative research programme next year.

Feeling stressed or overwhelmed? You can contact LawCare here.