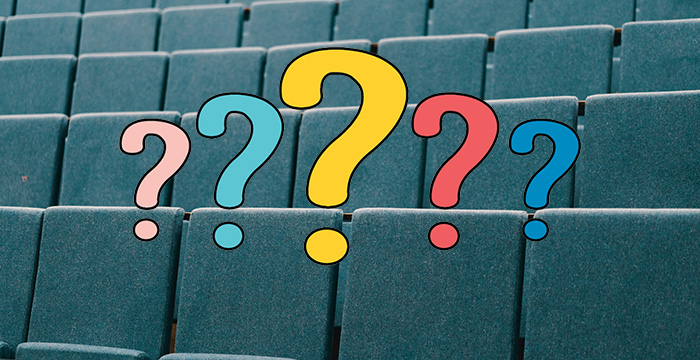 A leading judge has called on the legal profession to do more to improve the high attrition rate among women in law.

“We need to address issues of unconscious bias and I would recommend formal training to all law students up to the most senior judge,” said HHJ Kaly Kaul QC during a roundtable discussion held yesterday evening at the French Residence in Kensington Palace Gardens, adding that this could be assessed year-on-year.

Reflecting on her own experience in law, as a BAME (Black, Asian and minority ethnic) woman, the former criminal barrister noted a positive shift and attitudinal change towards female progression in law — it’s no longer the case that “they can fit in a broom cupboard”, she quipped.

But there’s still a lot to be done (particularly at the upper end of the hierarchy) and alongside formal training, the circuit judge added that female empowerment does not have an “anti-male ethos” so we need to champion one another (men included) as and when possible, whether that’s through small acts such as offering guidance or motivation to pursue a promotion or providing a reference.

Kaul was joined by other French and British experts at last night’s ‘Women in Law: a Women’s World?’ panel session, chaired by Oxford University law professor and Old Square Chambers barrister Sandra Fredman. They exchanged contrasting perspectives from both the French and English legal professions on the various barriers prohibiting women from succeeding and what can be done to address rising concerns.

Linden Thomas, president of Birmingham Law Society, who also featured on the panel, observed that women make up 68.8% of students at undergraduate law degree level — outnumbering their male counterparts by two to one — but less than half, 30.8%, make it to partner.

She shared a number of ways the profession can do more to help women progress. These included ensuring work is allocated on merit rather than gender because there’s no such thing as an inherently ‘male’ or ‘female’ job which extends to the instruction of barristers; networking doesn’t necessarily have to take place “over a pint or on the golf course” since this may preclude women; and, finally, that shared parental leave should match maternity leave in the workplace, and when women return from maternity leave that they are offered adequate support to build their caseload back up. She added:

“My biggest bugbear is not having better flexible working mandates — law firms and chambers have policies but not practices and this could even prejudice work allocation if a lawyer hasn’t had the appropriate ‘facetime’.”

At the French Residence this evening for a roundtable on ‘Women in Law’ 👩🏻‍⚖️ — a panel of French and British experts are exchanging views on the various barriers (‘unconcious bias’ and ‘unfair work allocation’ etc.) prohibiting women from succeeding in the legal profession 🇫🇷 pic.twitter.com/iZtEAop5SA

What will the training involve, and will female practitioners and judges attend too?

It will involve people from redbricks explaining why preferring Oxbridge graduates is somehow wrong.

Is the material available on the training courses available publicly?

Older wealthy person decides children really must work harder to fix world’s problems … who knew that the cause of every ill was those lazy children?

When are they going to get back up those chimneys where they belong?

If they’d not been born this problem wouldn’t exist – ergo they caused it!

And to add to that, equalise maternity and paternity pay + leave time. Why should the women get greater benefits just for doing something they are biologically capable of doing?

Also, suggesting that facetime culture hurts women is inherently sexist to, well, women. It implies that women are tied to the house more, and thus need to be away form the workplace more. Do law firms want to perpetuate that thought? Or do they want to treat women like the adults they are, and place them on equal footing – that includes expectations – with men?

Also, the judge in the same breath suggests that firms shouldn’t divide tasks / responsibilities into archaic notions of “male” and “female”, but also that golf and drinks are somehow more “male” than “female”?

”Linden Thomas, president of Birmingham Law Society, who also featured on the panel, observed that women make up 68.8% of students at undergraduate law degree level.”

Ok. And what are your proposals for curing this under-representation of men at undergraduate level?

Oh, silly me, you don’t care about that.

“These included ensuring work is allocated on merit rather than gender because there’s no such thing as an inherently ‘male’ or ‘female’ job which extends to the instruction of barristers.”

Absolutely. The practice of only instructing female barristers to represent men accused of sexual crimes must end.

Oh, silly me, you don’t care about that either. What a surprise…

She did also address the issue of underrepresentation of men at undergraduate level and identified that as an issue too.

The full discussion is available online via the French Embassy’s Twitter feed.

Well I’m sure this comment section is going to be filled with nothing but civil debates with ample respect for the others viewpoints, opinions being changed and no more conflict then polite disagreements.

Good Heavens, it’s amazing what one learns! Until now, I hadn’t realised that a circuit judge was a ‘top judge’ in England. I rather thought they ranked below High Court Judges, Appeal Court Judges, and Supreme Court Justices. How good it is of Aishah Hussain to educate us….

You cannot be trained to detect something of which, ex hypothesi, you are unaware.

Are you sure? Isn’t the process of which you speak simply called ‘learning’?

No. Because then it would be conscious bias. Wake up.

Related to this article are the results of our ESRC-funded research, ‘Accent Bias in Britain’. The project examined accent bias among the general public, in hiring, and among lawyers.

You can find out more about our project at: accentbiasbritain.org/

We’re also holding an event in February that introduces some of the unconscious bias training tools that we’ve developed. Information can be found at: bit.ly/37zOxyP

We hope the project is of interest to you!

We should instead teach people not to try to play identity politics ad nauseam.

” HHJ Kaly Kaul QC” No Lord or Lady in front? No Rt Hon? Hardly a top or leading judge then…

How is a Crown court judge a ‘top judge’? I was expecting to see Hale or Sumption with their extravaganza not HHJ Katy Kaul QC… misleading.

I see there are now moves afoot to try and remove Tolson from hearing DV cases from a bunch of vested interests and that the matter has been raised in parliament. I do hope other judges and parties speak out against this type of intimidation of male judges.