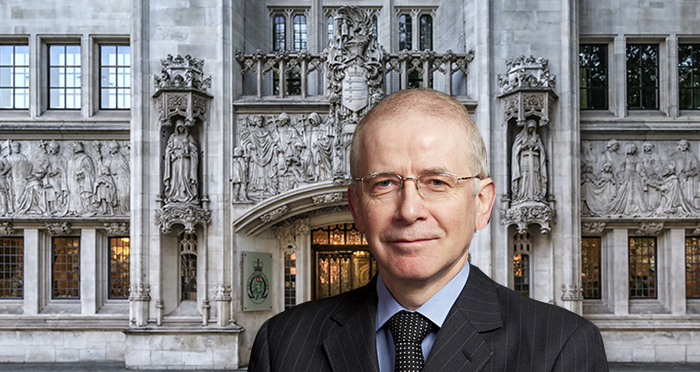 Lord Reed has taken up his new role as president of the Supreme Court, having been sworn in at a special ceremony this morning alongside the court’s newest face, Lord Hamblen.

Reed was appointed a justice of the Supreme Court in 2012 and has served as deputy president since the summer of 2018. Prior to promotion to the UK’s top bench, former civil barrister Reed served as a judge in Scotland, sitting from 1998 to 2012.

Reed replaces Lady Hale, who retired this month, ahead of her 75th birthday — the mandatory retirement age for judges appointed before 1995. Reed’s promotion was first announced last summer.

The newly-installed president shared his special morning with Hamblen, a former shipping barrister who studied at Oxford and then Harvard in the United States.

Following a successful career at the bar, Hamblen — who comes in to fill the gap following Hale’s departure — was appointed a High Court judge in 2008 and Lord Justice of Appeal in 2016. Like Reed, Hamblen’s appointment was confirmed last year.

Junior lawyer event: How to build a career at a US law firm in London, with lawyers from Cleary Gottlieb, Kirkland & Ellis, Shearman & Sterling and Skadden — this Thursday evening: REGISTER TO ATTEND
Judges Supreme Court