Was it a ‘huge fat ball’ from the court kitchen? 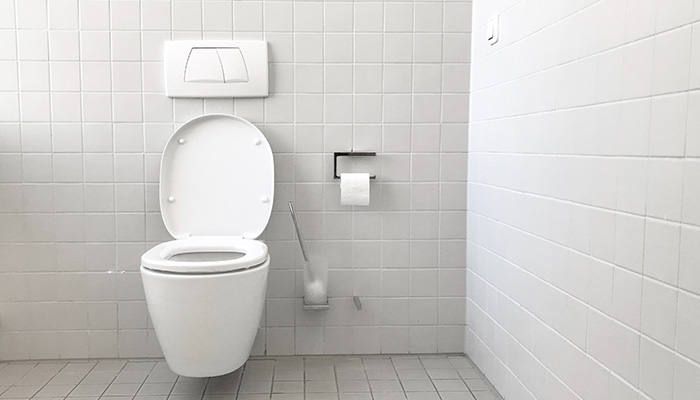 Three juries were reportedly sent home from London’s Central Criminal Court yesterday after an “unusually large parcel” blocked one of the toilets.

The unfortunate obstruction meant the water supply had to be turned off in part of the historic Old Bailey building, the Metro reports, leaving lawyers, court staff and members of the public unable to use the facilities or access drinking water.

“There is a problem with the water flow,” an unnamed court clerk told the website. “There is a blocked toilet in the public gallery, someone has left an unusually large parcel. I think that literally is the problem. The jury cannot use the taps or toilets.”

Mr Recorder Kark explained to one jury, which had been deliberating for around five hours before being sent home, that “working in an old building stands its own trials and tribulations”. The parcel-shaped problem had caused “flooding in an area of the building”, he added, “and as a result they have had to turn the water off”.

“That means you cannot get any water or use the lavatory and it seems to me that it is not appropriate to keep a jury in these circumstances. There might be quite justifiably all sorts of complaints about keeping you in retirement. I am afraid it is a bit of a palaver, but it is because you have reached that particular stage in deliberations. With good luck we will be together tomorrow at 10am.”

So what caused the blockage? Well, according to CourtNewsUK, it may have been a “huge fat ball” from the courts’ kitchens.

Probably a bundle of the Legal Cheek articles of the last five years.

Alex was beginning to become angry at the kilt-wearing man at the front of the queue at Euston who was arguing with the ticket person that his Clydesdale Bank money was legal tender. But then Alex spotted the stack of papers under his arm. “I’d recognise those anywhere” Alex proclaimed. “Those are pupillage rejection letters. I have an even larger stack of those myself.” The kilted man turned around and asked Alex “do you happen to know of a poorly paid job where I can degrade myself on a daily basis posting about teens using social media?” Alex’s eyes lit up

This style of writing reminds me of the Slaughtered and Dismayed page. More please.

It’s a website, grandad. Unless you have printed this off to read it??

I do. I also dictate my comments to my secretary and then ask my trainee to post them.

What a lovely person you are

Thanks to LC for FINALLY acknowledging that disabled lawyers exist! I had to check I had come to the right site! More please on this criminally underrepresented group.

Is producing a huge turd a disability now?

There was another article about a disabled lawyer which couldn’t be commented on. I know you chose to ignore that due to your unconscious bias.

No, we saw it. It just shows you have a problem with seeing prejudice everywhere as part of your rampant victim complex. Or you just like trolling via thread hijacking. Given the mindless argumentation you exhibit generally and the admission in your 9.43am post, the evidence is stacking up you just like trolling away for the rise.

All I’ll say is that you’re the one turning a positive comment, praising LC into something negative.

Nah, bro, you were the one moaning about the “criminal” under representation of the disabled lawyers. You could never do a positive comment without undermining it with a whinge.

Stating a fact = moaning. Got it.

Anyway let’s end on a positive. Thanks LC for highlighting a disabled lawyer.

Alex had lost his temper, and had begun screaming at Tom. Aishah had stormed out of the office some time ago. “We’ve got no news. Nothing. Google some news about court toilets. Anything. There must be some funny legal news.”

Tom sighed and stared at the screen. This was not what he had signed up for. He thought of all the things he could have done with his life, and the countless myriad decisions which had taken him to working in the smelly backstreets of North London for Legal Cheek. He could have been anything he’d wanted to be.

“There’s a story about a parcel in a court toilet? Some compliments?”

“You’ve got it. You’ll go far in legal journalism, Tom. Well done. Get it taped and get it up there.”