Bingo, discos and virtual ‘voguing’ — a lot is going on(line) in recognition of the LGBTQ+ community and their allies 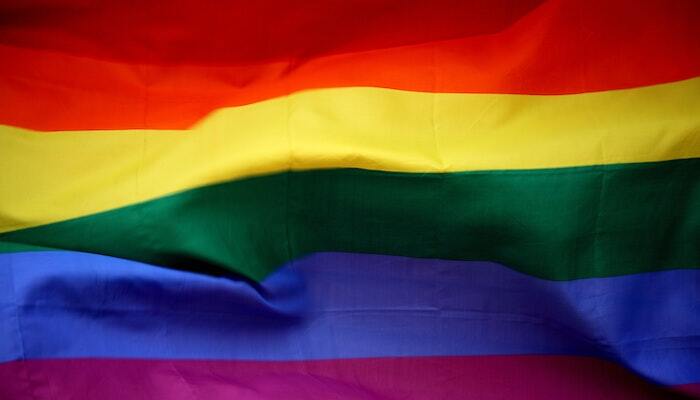 Law firms are determined to continue with celebrations during Pride month by moving their events online.

The flagship Pride parade in London might have been postponed until next summer in light of the current circumstances but a number of UK-based law firms are pushing ahead with plans to run events virtually in recognition of the LGBTQ+ community and their allies.

Linklaters is hosting a series of webinars for its staff and clients throughout the month to highlight the challenges and support available for the LGBTQ+ community when dealing with isolation during lockdown. Allen & Overy is similarly running a number of virtual events, and launched a photo collage this week featuring more than 180 of its lawyers across its global network in support of their LGBTQ+ colleagues. Freshfields hosted ‘The Pink Glass Ceiling’ panel event this week in partnership with the InterLaw Diversity Forum. It is also encouraging its people to share photos of themselves celebrating Pride and has provided a photo background for them to use on group calls.

Fellow magic circle firm Clifford Chance will also host webinars with a spotlight on its LGBTQ+ pro bono work. The firm is hosting an online workshop on ballroom ‘voguing’ — a dance style that gets its name from Madonna’s ‘Vogue’ and is predominantly linked with black and Latino LGBTQ+ communities. Famed vogeur, Jay Jay Revlon, will give a brief explainer on the history of the dance before leading a physical workshop. CC will also run a drag bingo event, a queer film club and a LGBTQ+ poetry and performance showcase featuring all black queer artists.

The firm will be sharing podcasts with its clients who identify as LGBTQ+ or LGBTQ+ allies and will publicise recordings of previous events as part of its ‘Different Perspective’ speaker series that touch on areas including mental health, transitioning and co-parenting. Further, it will share an online tour of its art collection profiling LGBTQ+ and BAME artists, host Zoom bingo with a quiz focused on queer history and culture, and offer tips for overcoming LGBTQ+-related online hate.

Pinsent Masons has shifted its programme of activities to a virtual format. These include a photo campaign across its network encouraging members to share what Pride means to them, a virtual celebratory event and roundtable focused on maintaining a trans inclusive workplace, and a webinar on how to encourage the concept of allyship in children.

Kate Fergusson, head of responsible business at Pinsent Masons, said: “We recognise that the lockdown is a particularly difficult time for some people who identify as LGBTQ+ and we want to use Pride to celebrate and remind people of the benefits of being part of a network of colleagues who are there to support each other.”

Taylor Wessing has moved its Pride celebrations online and will be hosting events throughout the summer months. TW’s ‘equaliTW’ network will mark Pride 2020 with a series of photographs taken by its people to share their experience of #PrideInside — encapsulating a very different experience of Pride compared with previous years.

Baker McKenzie has scheduled a roundup of events and activities in support of its LGBTQ+ community.

The first virtual session of its recently launched pro bono programme ‘Xchange for Change’ will cover the challenges LGBTQ+ people face every day, that have, to some degree, become “heightened” due to the pandemic. Avery Belyeu, a transgender advocate and educator at Lambda Legal, a partner organisation, will share with Baker colleagues and clients her personal and professional journey as a transgender person.

Baker McKenzie’s Tampa office has organised a Virtual Pride Walk which all global colleagues can join. Meanwhile, the London office has produced a short film featuring about 100 of its lawyers exploring what Pride means to them with a focus on the firm’s ‘#wearenotneutral’ stance on LGBTQ+ issues. The video also acknowledges the Black Lives Matter movement as “a show of solidarity from one fight for equality to another”.

Further, it will screen, globally, a TED talk on the topic of self-discovery. The screening of ‘On the not-so-straight journey toward equality’ will be followed by a panel discussion with members from its global LGBTQ+ community who will share their impressions of the movie and how their own life experiences relate.

Mayer Brown is hosting a virtual Pride parade for its lawyers that will be led by LGBTQ+ leaders across the firm’s US offices. The ‘stops’ will break into various panel discussions such as one that will be chaired by a partner at the firm and will feature in-house LGBTQ+ lawyers from Accenture, American Express, Spotify and others on how their identities have impacted their professional experiences.

In the UK, Mayer Brown’s LGBT+ network is running a Pride-themed colouring competition to raise money for charity Gendered Intelligence.

The London office of US firm Sidley Austin has created a Pride celebration recipe book full of colourful dishes, as well as put together a collaborative Spotify playlist (people click on a link to add their favourite tunes) to be used during a virtual Pride disco on the Friday of what would normally be London Pride weekend.

It has also launched a film club that will start this month by discussing a film or documentary based on LGBTQ+ lives, and will compile an online album featuring its lawyers working from home, with their desk or themselves dressed in the colours of the Pride flag. Sidley has also invited its London lawyers who identify as LGBTQ+ to join their US colleagues for a virtual social hour.

DWF has decided to create a virtual series of Pride celebrations that will run up until the end of August. They will range from mentoring sessions, LGBTQ+ reading on Microsoft Teams to LGBTQ+ quizzes. Osborne Clarke will similarly run a Pride quiz later this month.

The wider profession — solicitors, barristers and chartered legal executives — will come together to honour Pride month with a ‘Home and Away’ theme. A series of video and blog interviews as well as podcasts will be released by The Law Society, Bar Council and CILEx around the original dates the Pride marches were due to take place around the country, and will highlight the experiences of LGBTQ+ lawyers. Members of the profession are encouraged to share their celebrations using the hashtags ‘#LegalPride2020’ and ‘#Equalunderthelaw’.

“We are proud to advocate for LGBTQ+ rights in the legal profession and in wider society,” said Simon Davis, president of The Law Society, in a statement this month. “Now more than ever, we must continue to take a stand. Around the world, the COVID-19 pandemic has had a significant effect on LGBTQ+ communities. It is vital to show the public the legal profession will constantly and unequivocally support LGBTQ+ people and their rights.”