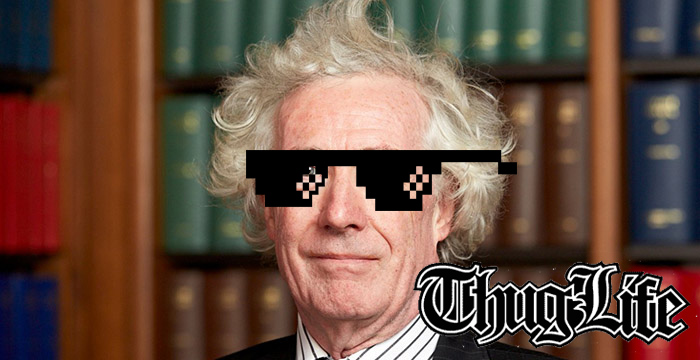 The former top judge — who has been a vocal opponent of Number 10’s lockdown rules, previously describing them as the “greatest interference with personal liberty in our history” — is said to have fessed up to flouting some aspects of the “absurd” regulations during a Zoom-based webinar.

The online session, ‘Democracy and the Rule of Law in the Age of COVID-19’, was hosted by legal affairs journalist Joshua Rozenberg, who took to his own Twitter account to confirm Sumption’s rule-breaking revelation.

This was where Lord Sumption told me he had broken the law. https://t.co/eTgSzecaEm

Reacting to the news, ICLR’s head of research, Daniel Hoadley wrote: “I find this particularly strange. To the extent that a moral dimension finds its way into this equation, it arguably has greater magnitude than the black letter dimension.” Meanwhile, Dr Julie Doughty, a law lecturer at Cardiff University, tweeted: “How can he know they are morally absurd if he’s not an epidemiologist?”

Sumption, who stepped down from the top bench in 2018, previously penned an article for the Mail Online in which he argued that the decision when to end the lockdown was “purely political” — not scientific.

He gained unlikely support in the shape of rocket launching tech billionaire Elon Musk, who retweeted the article along with the line: “Well said, Lord Sumption, well said!”