Around 5% of all law grads are unemployed 15 months later 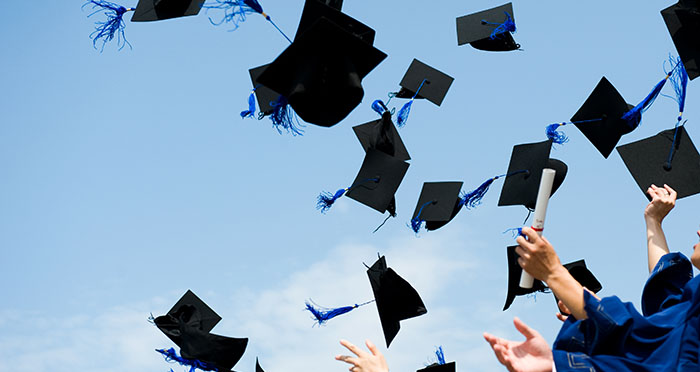 The number of people studying law has increased massively in recent years, with the prospects of a job afterwards a key concern for students knowing they’ll be loaded down with debt. So just how employable are law graduates anyway?

To find out, Legal Cheek paid a (virtual) visit to the good people at the Higher Education Statistics Agency (HESA). They surveyed the 770,000 people who graduated from a UK university in 2018 to see what they were up to 15 months later.

The most likely to be in full-time employment were veterinary, medicine/dentistry and architecture grads. Law was 13th out of 19 subject areas.

But obviously that’s not a massive deal: a lot of those law grads will still be studying, be that for a master’s or to become a solicitor or barrister. So it’s not exactly surprising to find that “only” 56% are working full-time a year and a bit after doing their degree.

We can look at it another way: how many are unemployed? That way, we don’t count those that are still studying, gone off travelling or are about to start a job or another course.

Disappointingly, law looks kinda high on the unemployability ranking: the third highest percentage of unemployed graduates, behind maths and computer science. You can even jiggle the figures around to put law top, if you only look at undergrads doing their first degree who studied full-time (7% unemployed after 15 months, compared to 0% of medics).

The LPC and BPTC may be part of that: survey respondents who took one of those courses immediately after finishing their degree will have emerged from it fairly recently at the time they get the survey. If they don’t have pupillage or a training contract lined up, it’s not a surprise to find them getting better acquainted with Judge Rinder.

If you don’t count the 2018 grads who went straight into another course, law comes out about average for a non-science degree when it comes to unemployment rates.

Overall, you’re still very unlikely to wind up on the dole if you have a law degree under your belt. The figures show that there were 37,000 law grads in 2018, of whom 17,500 responded to the HESA survey. Eight-hundred-and-ninety-five said they were unemployed — around 5%.

The subjects with super low unemployment rates are the likes of veterinary, medicine, dentistry and education.

Sign up to the Legal Cheek Hub
Graduates research