This counts as studying, right? 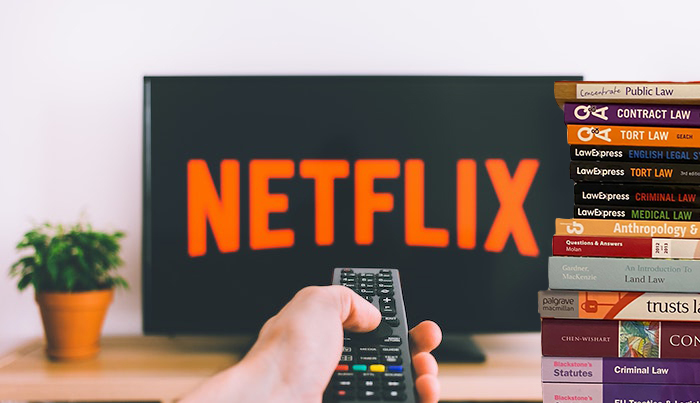 With COVID-19 sapping the fun out of Freshers’ Week, rookie law students may have to find other means of cutting loose before diving into the LLB.

Well, look no further. We’ve compiled the best mind-boggling legal documentaries on Netflix to help ease you into the academic year from the comfort of your uni digs. Before the classic ‘I should be studying’ guilt creeps in, what better way to celebrate Freshers’ Week by binging these law docs alone or even with your new pals in a COVID-friendly virtual Netflix party?

So, grab your pesto pasta, cheese toastie or whatever concoction you can make from the dwindling foodshop your parents left you with, and prepare to lockdown-and-chill.

Taking a close look at huge criminal cases impacted by media circuses, this docuseries considers how press coverage impacts the justice system. Produced by Hollywood royalty George Clooney, hubbie to none other than Doughty Street Chambers human rights barrister Amal Clooney, this six-part show is well worth a watch.

Filmed over the course of 16 years, this fascinating true-crime docuseries follows novelist Michael Peterson as he is accused with the murder of his wife, Kathleen, who was found dead at the bottom of their staircase. Did he do it? Better start binging to find out more…

This raw docuseries tells the personal stories of eight prisoners after their wrongful convictions were overturned. Based on the work of the non-profit legal organisation The Innocence Project, this nine-parter offers a fresh take on America’s criminal justice system.

5. The Trials of Gabriel Fernández

Not for the feint hearted, this docuseries takes on the devastating US case of Gabriel Fernandez, the eight year old boy who was tortured and murdered by his mum and her boyfriend, as well as the repeated failure of social workers and the police to intervene. Watch the trailer above.

This crime documentary looks back at the US case of Cyntoia Brown, who at 16 years old was given a life sentence after killing a man who she claims bought her for sex. Featuring chilling courtroom footage, this docufilm is must-watch.

Another true-crime docufilm, Netflix’s Amanda Knox gets into the nitty-gritty of the notorious murder case and the role tabloid journalism played in Knox’s trial.