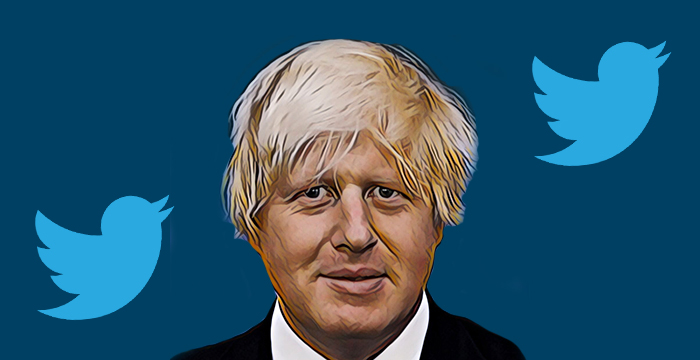 The Prime Minister has waded into the government’s attack on “lefty lawyers” leading a junior barrister to hit back in a powerful and moving Twitter thread.

The PM repeated his pledge to put 20,000 police officers on the streets, adding:

“But fan though I am of the police, we need to see results, not just spending; and so we are also backing those police, and protecting the public, by changing the law to stop the early release of serious sexual and violent offenders, and stopping the whole criminal justice system from being hamstrung by what the Home Secretary would doubtless and rightly call the lefty human rights lawyers and other do-gooders.”

Home Secretary Priti Patel had lashed out at “lefty lawyers” and “do-gooders” who are “defending the broken system” in a divisive speech on Sunday.

Joanna Hardy, a criminal barrister at Red Lion Chambers, responded to the PM’s attack by listing “things I do that leave the criminal justice system ‘hamstrung’”. Hardy’s list of tweets has garnered thousands of likes, retweets and responses.

* deal with harrowing material every single day – both violent and sexual – with absolutely no support whatsoever for what this might be doing to me.

* cancel family holidays, miss funerals, skip medical appointments because a trial has run over and I prioritise the witnesses.

“[I] sit with prisoners who are suicidal and then lie awake at night thinking about them,” Hardy begins, adding that she regularly undertakes work pro bono, and represents children as young as 13 in the care system. “[They] have no parents and rely on me — and trust me — to advance their case,” she says.

In other instances Hardy has had to “get up at 4am and drive a 180-mile round trip for a 20-minute hearing”, advise “sometimes volatile, aggressive [and] dangerous people to plead guilty in tiny cell areas on my own”, and make decisions that “could be the difference between a human being spending 15 years in a cell or not”. She says she does this with “no sick pay, no pension, no holiday pay, no HR department and no maternity leave”.

Hardy concludes the thread stating, “someone has left the criminal justice system ‘hamstrung’. But it wasn’t the lawyers”.

Law Society president Simon Davis described Johnson’s speech as “deeply concerning”. “This divisive language serves nobody and puts lawyers and their clients at risk,” he said. “All solicitors advise their clients on their rights under the laws created by parliament. Legal rights cannot be rewritten through rhetoric.”

Amanda Pinto QC, chair of the Bar Council, added: “It is shocking and troubling that our own Prime Minister condones and extends attempts to politicise and attack lawyers for simply doing their job in the public interest. Lawyers — including those employed by the government itself — are absolutely vital to the running of our grossly under-funded criminal justice system. Their professional duty is to their client and to the court, and not to play political games.”