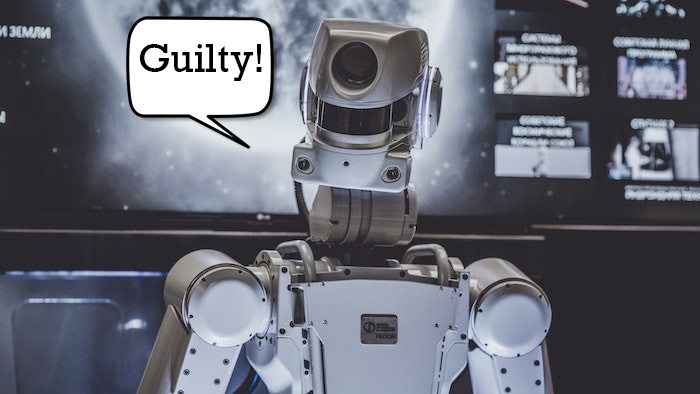 It might not be long before we see robot judges handing out justice based on the speech patterns and body temperatures of defendants.

This is the rather terrifying prediction of Terence Mauri, an artificial intelligence (AI) expert and self-described “global disruption thinker”, who claims robo-justices will be “commonplace” in the UK within 50 years.

Researchers say the machines will use a series of cameras to detect behaviour “indicative of wrongdoing or probable falsehoods”, including changes in a defendant’s speech patterns and body temperature, as well hand and eye movements.

Mauri, who founded global think-tank Hack Future Lab, commented: “AI has created unprecedented changes in the way that people live and work by performing complex problems with a level of consistency and speed that is unmatched by human intelligence.”

“In a legal setting, AI will usher in a new, fairer form of digital justice whereby human emotion, bias and error will become a thing of the past. Hearings will be quicker and the innocent will be far less likely to be convicted of a crime they did not commit.”

But talk of robot judges is nothing new. Last year we reported that boffins from Estonia were looking to create an AI-powered system to help clear the backlog of small claims clogging up the country’s courts.

Sign up to the Legal Cheek Newsletter
AI Judges Technology