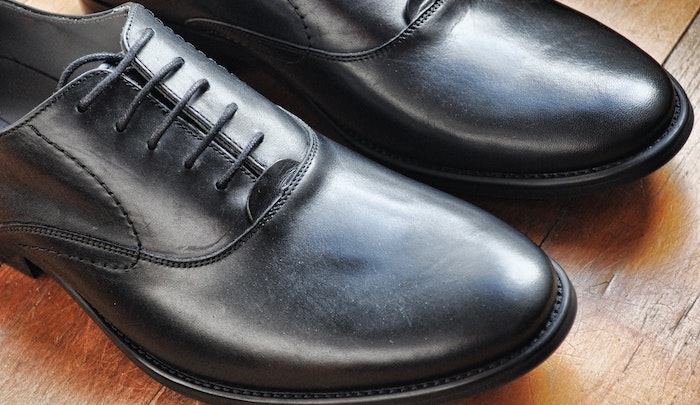 A top QC has come under fire for suggesting pupil barristers should have “well polished shoes” and a “proper hair cut”.

In a tweet last week, Richard Atkins QC, who served as the chair of the Bar Council last year, appeared to back the views of a recently deceased High Court judge.

Wise words from the late Sir Robert Johnson (former Chairman of the Bar and High Court Judge) to his pupils about having a proper haircut, dressing smartly and having well polished shoes: “Even if you don’t know any law you can at least look like a barrister.”

His tweet was dismissed as “outdated” by the legal Twitterati, with many questioning what a “proper haircut” is and what a barrister even looks like.

“The profession needs to look forwards and not backwards … ‘look like a barrister’ means what exactly? I’m all for smart and professional but that sounds old school and Dickensian to me.”

Meanwhile, One Essex Court commercial barrister, David Wolfson, said, “A barrister isn’t meant to ‘look like’ anything. A barrister should ‘be’ many things: courageous, fair, determined, reliable, honest and (at least) competent”.

He added: “I believe you can be all of those things, even if your shoes aren’t well-polished.”

Others reminded Atkins that it’s 2020, not 1920, and, as one silk quipped, “Wait a minute! We’re supposed to get fully dressed for court these days? I thought that ended in March? #tophalfonly #dontstandup”.

It described Johnson as “a believer in being correctly dressed” and someone who “adhered longer than most to the traditional male barrister’s attire of a black jacket and waistcoat, pinstripe trousers, stiff collar and bowler hat”.

The obituary concluded: “He expected his pupils to have their hair properly cut and to wear well polished shoes. ‘Even if you don’t know any law … you can at least look like a barrister'”, he is reported to have said.

Atkins, who heads northern set St Philips Chambers, told Legal Cheek that the tweet was intended to pay homage to Johnson. He said:

“I am sorry that the message I tweeted on Thursday quoting Sir Robert Johnson has caused some people upset. That was not my intention, I had never intended to offend anyone. I had intended to pay homage to Sir Robert Johnson, a man who set high standards for so many things. It was also intended to be light-hearted. I have spent a large part of my life seeking to promote a modern, forward thinking, diverse bar, open to all, and will continue to do so.”

The Twitter row comes as a war of words erupted between family law firm Vardags and a legal workers’ union over a leaked dress code email. The incredible 1,000-word dossier, which found its way to Legal Cheek in September, included fashion and lifestyle pointers such as dressing “discreetly sexy and colourful and flamboyant at the same time according to your preference”.