Fees announced within the next month 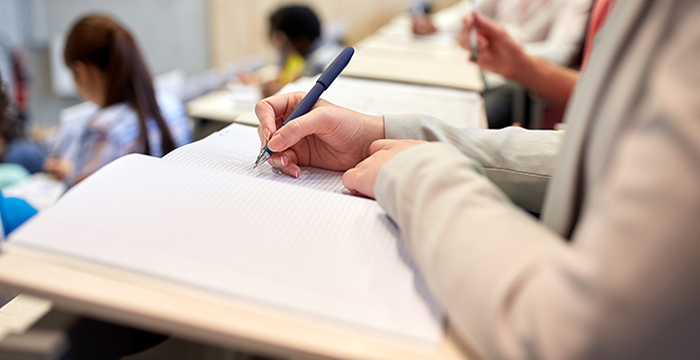 The University of Law (ULaw) has unveiled its new solicitor super-exam courses.

Students will have the option to complete a range of masters programmes from next year that incorporate preparation for the Solicitors Qualifying Exam (SQE), and are eligible for postgraduate funding.

Further, the university will offer standalone SQE1 and SQE2 prep courses, with an additional ‘SQE Law Essentials Course’ for non-law grads. This launches online in January 2021, with the SQE1 prep course anticipated to start in July/August 2021. The masters programmes will start in September 2021.

The law school will announce course fees “within the next month”, a spokesperson told Legal Cheek. These will be on top of the £3,980 combined total cost to take both assessments.

ULaw’s LLB already incorporates SQE1 prep through the study of optional modules in years two and three. It also offers a solicitor apprenticeship route to qualification.

Today’s news follows updates from the College of Legal Practice (CoLP) and BARBRI. Legal Cheek revealed today that CoLP will offer an online SQE prep course from next summer, while BARBRI has launched its own SQE prep course priced at £6,000 for both parts of the exam. BPP University Law School is expected to follow with its own SQE course update before Christmas.

The highly anticipated SQE received final sign-off from the Legal Services Board last week. The first SQE1 sit is scheduled for November 2021, with SQE2 in April the following year.

Peter Crisp, pro-vice chancellor at ULaw, commented: “Following the approval of the SQE by the Legal Services Board, we are thrilled to announce our exciting range of innovative SQE preparation courses which we are launching over the coming year.”

“Our focus is developing and supporting our students to get the careers they want by ensuring they have the skills, knowledge and behaviours employers are looking for. Importantly for students, our masters programme will be eligible for student loans.”

ULaw announced last month it had cut deals with four universities to prepare students to sit the SQE. Students at the universities of Southampton, Surrey, Leicester and Birkbeck will be guaranteed places on its SQE prep courses. The tie-ups follow similar combinations struck up with other universities.