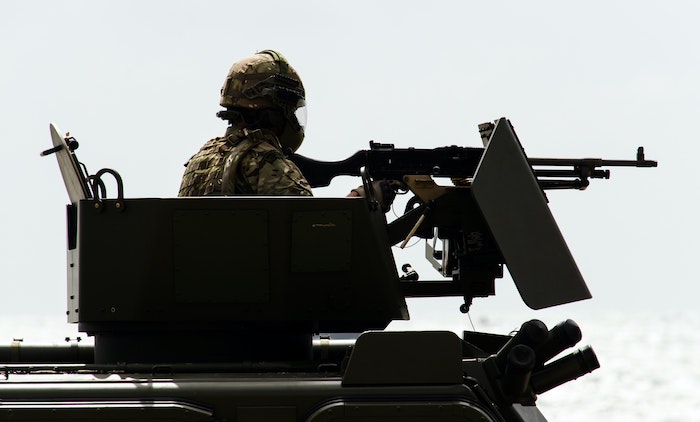 A battle over the prosecution of British soldiers in wars abroad witnessed a dramatic episode this week when the government accepted some revisions over its proposed bill to limit such prosecutions — whilst one of its ministers resigned over it.

The Overseas Operations Bill is the government’s attempt to bring to an end what it sees as “lawfare”, the practice of bringing vexatious claims of human rights breaches against British soldiers serving abroad.

Following extensive proposed amendments put forward by Labour peers in the House of Lords last week and criticism from the military, from the legal profession and beyond, the government accepted some of those changes yesterday.

Along the way, Johnny Mercer MP, Minister for Defence People and Veterans, says he was “forced to resign” over the government’s failure to include protections for soldiers who fought in Northern Ireland, which was for him “a red line”.

I’m sorry to have been relieved of my responsibilities in Government tonight. pic.twitter.com/AWai59fVhE

Mercer, a former army officer, rose to prominence among Legal Cheek readers over his verbal attacks on Martyn Day, senior partner of Leigh Day, the firm that has brought a number of civil claims over the actions of British soldiers in operations in Iraq and Afghanistan, during heated committee hearings in the course of the government taking evidence on a possible bill.

The original bill, introduced in March 2020, proposed to protect service personnel from legal action relating to overseas operations by introducing “a presumption against prosecution” for alleged criminal offences committed more than five years previously, time limits on bringing civil claims, and a duty on the government to consider derogating from the European Convention on Human Rights in relation to overseas military operations.

The Lords’ amendments that the government has conceded on will carve out of the bill’s presumption against prosecution crimes against humanity, genocide and torture, and will remove the duty to consider derogation from the ECHR.

“This bill has been a nonsense from beginning to end with so much opposition from so many different groups. It seems to completely misunderstand Britain’s international obligations; it is clearly welcome that the government is accepting at least some amendments.”

Earlier this week, the Law Society of England and Wales published the results of a public poll it had commissioned from YouGov Direct on the issue of the prosecution of the military. Of a survey of 1,500 people, 96% said the UK courts should hold people in the military either to the same (71%) or a higher standard (25%) as the average citizen.

Commenting on the bill’s intention to limit prosecution of soldiers from certain crimes, Law Society president, I. Stephanie Boyce, said: “No other serious crime, let alone crimes against humanity or torture, has a limitation period and no exception should be introduced.”

One of the solicitors who was involved in bringing a large number of claims arising out of the invasion of Iraq, Phil Shiner, through his now-defunct firm, Public Interest Lawyers, was subsequently struck off in 2017 for professional misconduct. An up-and-coming factual drama produced by the BBC starring Toby Jones as Phil Shiner is, according to the rumour mill, due to be broadcast in May.