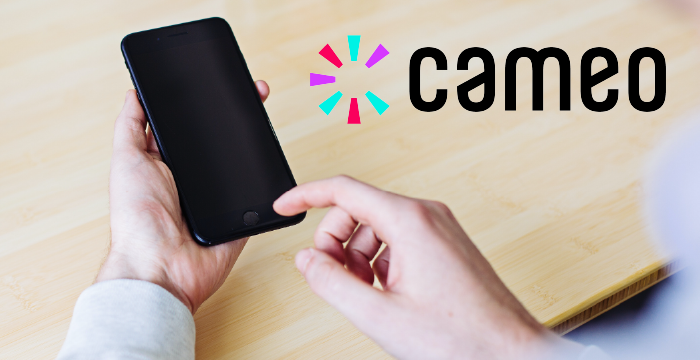 Donald Trump’s former attorney Michael Cohen and Gina Torres, better known as Suits’ Jessica Pearson, are among the legal figures you can now pay to celebrate your vac scheme victories, sympathise with your application woes and even offer a pre-exam pep-talk.

The duo join the thousands of actors, athletes, comedians, musicians, wrestlers and even animals signing up to Cameo, a platform where fans can book personalised shout-outs from their favourite celebs. VIPs that have signed-up to the website each have their own profile, featuring their recently recorded shout-outs and reviews left by previous customers. Before ordering a video message, fans can leave special instructions for the performer, who will then complete the request within seven days.

Prices for these recorded messages are set by each celeb, ranging from under a tenner to over a grand. For example, Cohen, who served as Trump’s lawyer from 2006 to 2018, charges £75 per video. For the same price you could hire actress Torress (who donates all her fees to charity), to remind you that despite her convincing performance as a no-nonsense managing partner, Suits is not an accurate portrayal of lawyer life.

Other Suits alumni on Cameo include actor Dule Hill, who played attorney Alex Williams in later seasons and charges a whopping £261.75 per video — but again, like Torress, Hill donates his earnings to charity. Abigail Spencer, who famously played ‘Scottie’, Harvey Spector’s ex-girlfriend, has also appeared on the platform, but according to her profile she is currently unavailable.

Those skipping lectures to binge university law drama, How to Get Away with Murder, will be pleased to find the actors behind main characters, Oliver Hampton (charges £224.25 for charity) and Connor Walsh (charges £60 for charity) also pop on the video shout-out platform.

Other legal celebs includes The Good Wife actor Chris Noth (who donates a portion of his £300 fee to charity) as well as rapper-turned actor Ice T, star of Law & Order: Special Victims Unit who charges £337.50 per request. Also making an appearance is US lawyer Michael Avenatti, who famously represented adult film star Stormy Daniels in her lawsuit against former President Trump.

A further browse of Cameo’s collection of over 7,500 actors will bring up cast members from classic law flick Legally Blonde, including the fitness instructor accused of murder, Brooke Windham, played by Ali Larter, alongside actor Tane Mcclure, who die-hard fans may just recognise as Elle Wood’s mum.

Sign up to the Legal Cheek Hub
Lawyers Suits