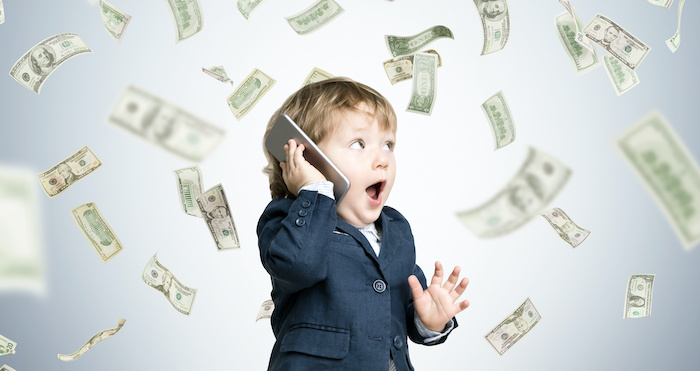 With the news that some 20-somethings could trouser northwards of £150k upon qualification, BPP has drafted in a top financial planner to create and design a new module to help would-be City lawyers cope with their “newfound wealth”.

The new offering, designed and run by Paul Welsh of the Financial Planning Corporation, aims to teach aspiring City lawyers about the importance of investments, tax, pensions, estate planning, and will structures. BPP will also offer students personal, one-to-one financial advice and consultation to help them make the transition from skint law grad to flush junior lawyer.

The launch of the course — the first of its kind in higher education, according to BPP — comes amid a major pay war among elite City law firms as they look to attract and retain the very best rookie lawyer talent. Legal Cheek‘s Firms Most List shows a host of US outfits London offices now dish out upwards of £145k upon qualification, while a number of magic circle players have recently pumped pay packets to six-figures with the potential for juniors to earn big bonuses on top.

With some City trainees earning as much as £55k during the first year of their training contract, BPP will also offer a series of online modules on ‘how to acquire good financial habits from your first day in the office’ and ‘how to manage your budget in your first year of work’.

The decision to create the financial course follows research by BPP which showed that 93% of students had not been given any advice while studying elsewhere as an undergraduate about how to make the financial transition from life as a student to the world of work. Just half of prospective lawyers said they felt confident when it came to matters of money, while one in five (22%) said they would feel embarrassed talking to friends and family about their financial circumstances.

Welsh pointed to the large amounts of “dangerous advice and get-rich-quick films across social media” as one of the key motivators for launching the module. TikTok, for example, is “full of films of people in glamorous locations saying they can teach you to trade currencies or build a commercial property portfolio”, according to Welsh, and many people watching — including future City lawyers — “don’t understand that there is always an element of risk when it comes to investment”.

“[I]t’s understandable that many young people aren’t that interested in personal finance until they start to receive a significant paycheque. But they really do need sound financial education before then… Our programme is designed to explain why sound money management is so important, even at the start of a career, and to highlight areas which are frequently overlooked or misunderstood by the junior lawyer community when dealing with their personal finances.”

As well as all financial savviness, BPP is also schooling its future lawyers in “business small talk” after research showed that a third of them don’t feel comfortable talking in front of a group. Launched earlier this year, the module is delivered by a conversation specialist and aims to better prepare students for the world of work.